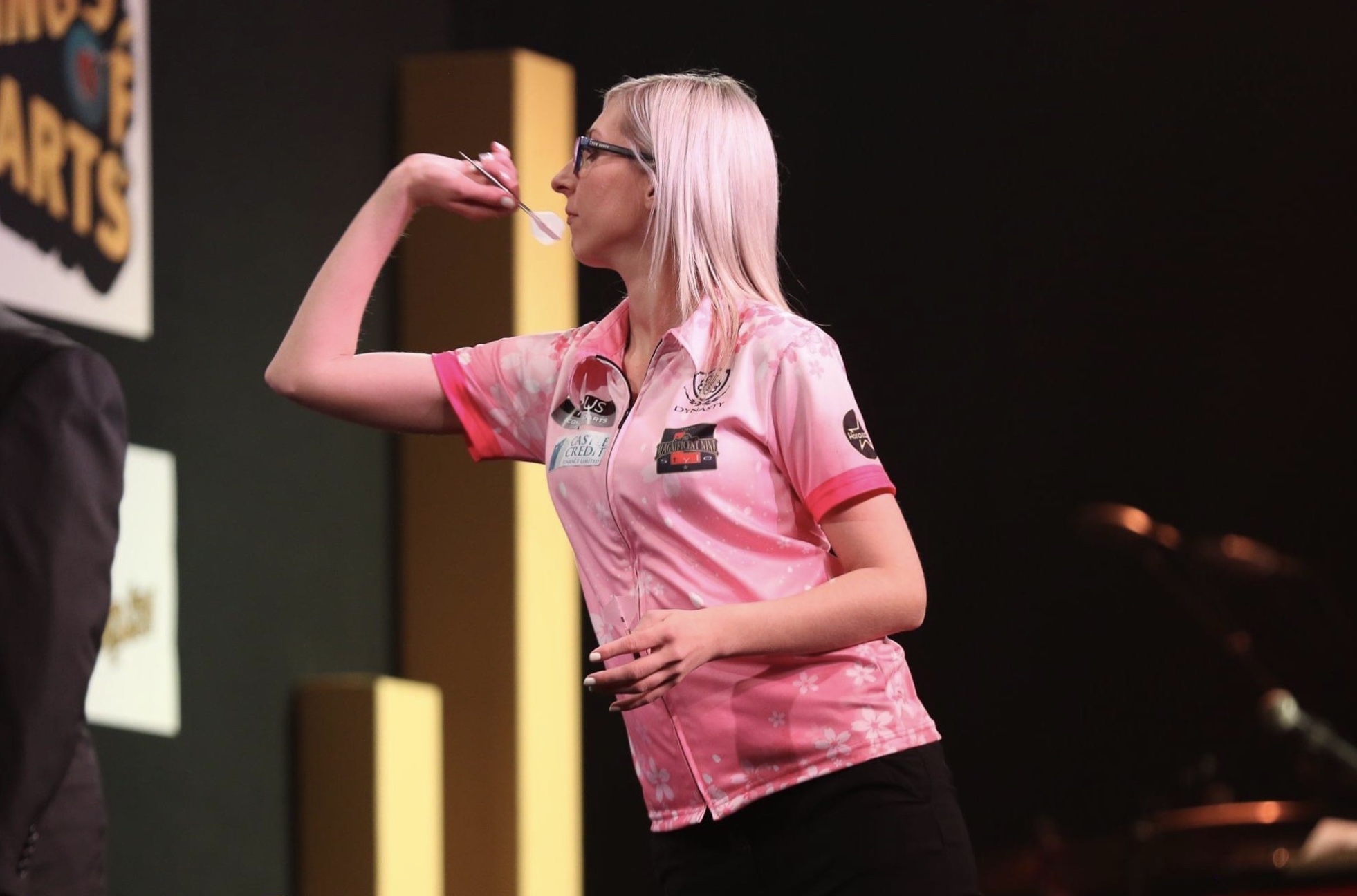 Global sensation Fallon Sherrock will make a special guest appearance in Modus’ A Night At The Darts on Saturday evening.

A Night At The Darts consists of a daily league phase brought into fruition in order to provide spectators with their darts fix amid both the professional and exhibition circuits becoming decimated.

The Queen of the Palace @Fsherrock will play this Saturday night in the A Night At The Darts!

Fallon will play all of the other 5 players over the best of 7.

Sherrock, who created history in December by becoming the first woman to surpass the first round at the World Championship, will play in five live-streamed matches across a best-of-seven legs format.

The 25-year-old rose into the limelight four months ago as she overcame both Ted Evetts and world number 11 Mensur Suljovic during an unprecedented run.

She later featured in the UK Open in Minehead just last month, coming through a qualifying field of over 200 competitors in order to join her fellow female sensation Lisa Ashton in the prestigious tournament.

Sherrock, who recently completed an impressive hat-trick of titles in the Isle of Man, follows in the footsteps of Phil Taylor after the 16-time world champion briefly appeared on Thursday, winning four of his five matches in a remarkable return to competitive action.

The Queen of the Palace will open her bid against 19-year-old Nijman, before facing former world champion Scott Mitchell and David Evans. She will then take on last week’s Icons of Darts Live League winner Jason Askew and Russia’s Boris Koltsov.

Similar to Taylor, Sherrock’s results will not count towards the overall standings due to her role in proceedings being a cameo appearance only.

Saturday’s A Night At The Darts action commences at 5.30pm with coverage streamed live via a number of bookmakers’ websites and Modus Darts on YouTube.

Fallon SherrockModus A Night at the Darts