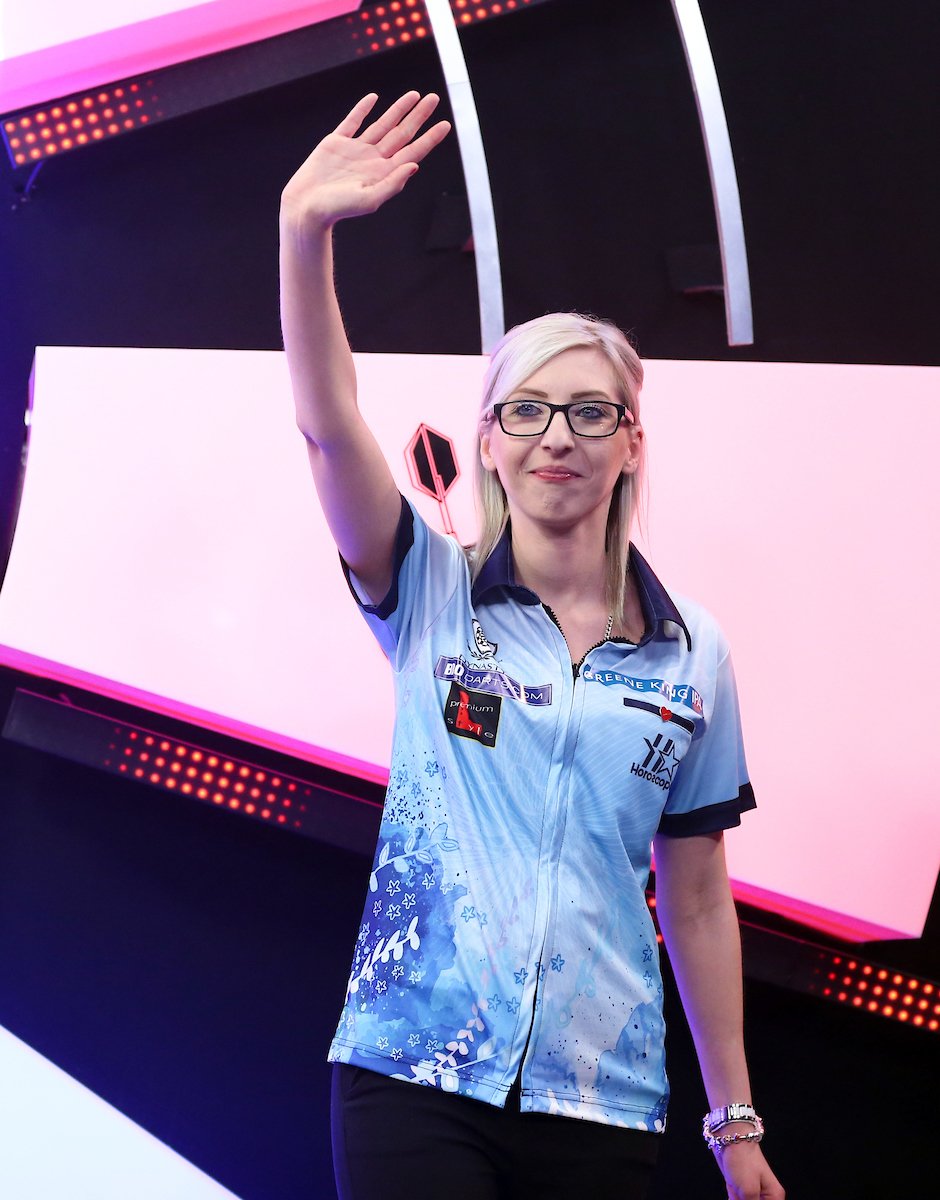 Fallon Sherrock won three singles titles and four tournaments over the course of a dramatic weekend in the Isle of Man, where Cameron Menzies, Thibault Tricole and Mike Warburton also tasted success.

Although much of the sporting calendar was nixed in the face of the growing COVID-19 pandemic, the Isle of Man Darts Festival, run by the England Darts Organisation, survived and Sherrock stole the show with her four-trophy haul.

The first came in the BDO-ranked Isle of Man Classic, where Sherrock won 4-2. The former World Trophy winner dropped just three legs in four games on route to the final and looked in imperious form as she picked up the title for the first time.

The Buckinghamshire thrower then repeated the trick in the WDF-ranked Masters competition only an hour or so later, surviving match darts and coming from 3-1 down to beat Greaves 4-3.

Both players had to win another game on stream on Sunday to secure a third meeting in as many competitions in the prestigious Isle of Man Open, but they both did so in style, recording averages of over 90 in their respective semi-final wins. Greaves beat Lorraine Winstanley 4-1, with Sherrock closing out with three legs in 44 darts to beat Vicky Pruim by the same margin.

The honours were more evenly spread in the men’s events, with the three singles competitions throwing up three different winners.

Warburton’s Open started with a tough assignment against fellow Welshman and former PDC Tour Card holder Robert Owen. He came through that 4-2 and he followed it up with a couple more wins before he saw off young James Beeton by the same margin in the last 32.

He needed a last-leg decider to beat Scotland’s Cameron Menzies in the last 16 before he posted an impressive 4-1 win over Kent’s Freddie Box in the last eight. ‘Warby’ faced match darts in his semi-final against Scott Williams, who had beaten the likes of Dean Reynolds, Richard Veenstra and Ben Hazel on route to the last four, before emerging a 5-4 victor.

Adams was able to produce something close to his best on route to the final, averaging 103 in one of his early victories and beating Steve Hine, Jason Lovett, Steve Hine and Thibault Tricole before he showed real quality to defeat Jim Williams 5-1 in his semi-final.

In the final, however, it was the Welshman who was stronger on his scoring and more lethal on his doubles as he moves into the top three of the BDO rankings.

The Masters competition was won by France’s Tricole, who picked up his third ranking title inside 12 months after edging out Northern Ireland international Neil Duff in a high-quality final 4-3. Former World Masters quarter-finalist Duff looked impressive all weekend, recording whitewash victories over Joshua Richardson and Ross Montgomery, but it was the Frenchman who was able to get over the line when it mattered.

The first men’s singles title of the weekend went to Scotland’s Menzies, who beat Jason Heaver 4-0 in the Classic final. Menzies, who last won on the BDO/WDF tour in August 2017, needed last-leg deciders to beat Lewy Williams, Paul Hogan and Ryan Hogarth but in the final he had far too much for his Berkshire opponent, who remains winless in his three ranking finals to date.

Luke Littler came into the youth competition as the defending champion and ‘The Nuke’ was able to retain his crown, defeating Yorkshire’s Charlie Manby 5-3 in the final. Scotland’s Sophie McKinlay won the girls competition after beating Eleanor Cairns 3-0.

West Coast Classic success for Machin and Kewish in Australia