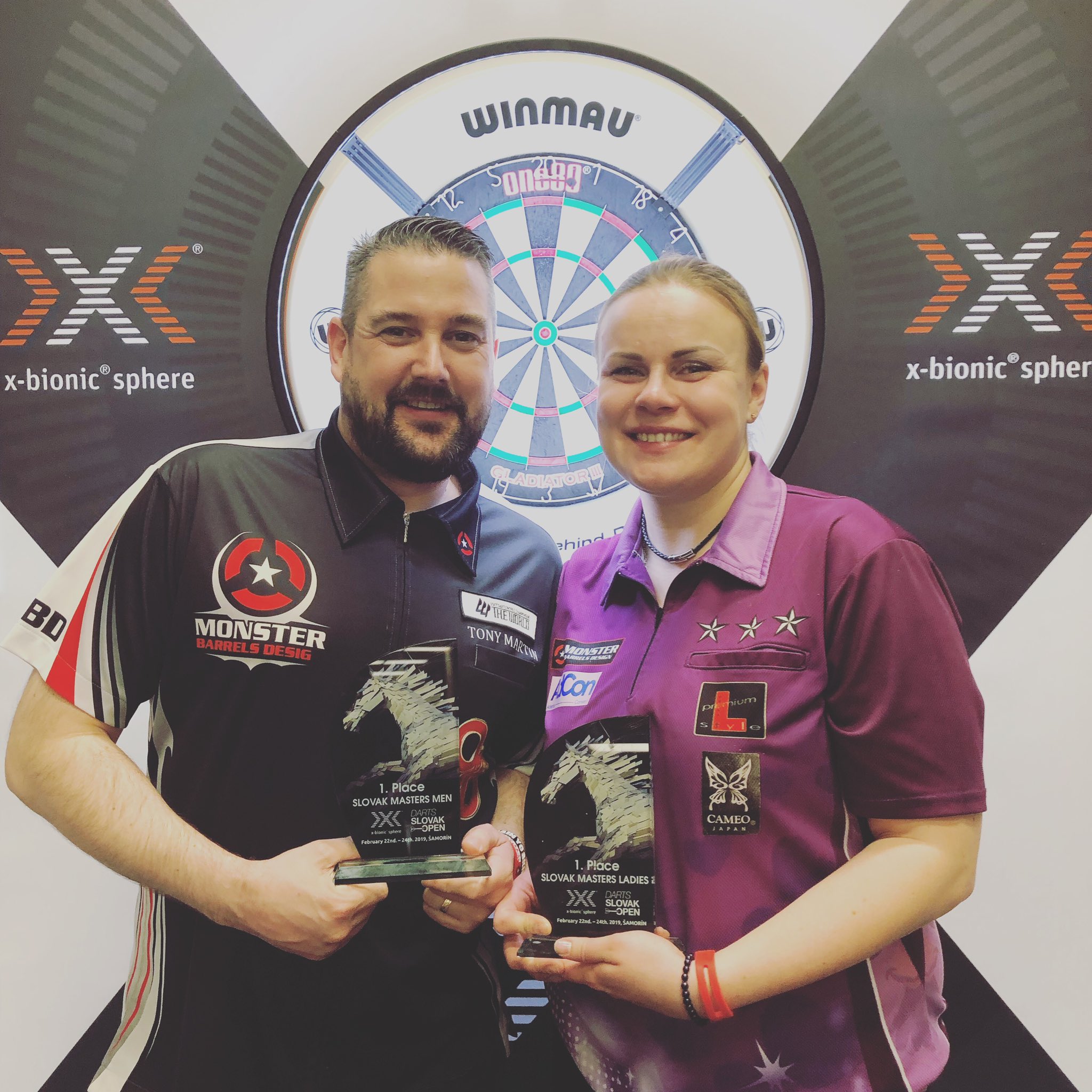 After winning the Scottish Open last weekend Wesley Harms  claimed another BDO title to make it back to back wins on the BDO tour for the Dutchman.

Harms took the Slovak Open championship defeating World Masters champion Adam Smith Neale in a tight final that went to a deciding leg. ‘Sparky’ seems to have really embraced his new position as one of the real big hitters of the BDO following the departure of Glen Durrant and Mark Mcgeeney. He has enjoyed February with two category A tournaments to his name, a good months work for Wesley.

There was more Dutch delight as  Willem Mandigers also hit a nine darter in the competition.

In the Women’s tournament it was a first category A win for Maria O Brien as she edged out Lisa Ashton 5-3 in the final. The Ladies tour continues to impress and there is some real depth in quality, Maria will certainly be hoping this is the first of many big tournament wins for herself.

In the Slovak Masters, Tony Martin took the men’s trophy and none other than his wife Anastasia Dobromyslova won the women’s tournament. A possible sporting first on the cards in Bratislava, and one very happy  Martin-Dobromyslova household. Both performed terrifically on the big stage with Ana not dropping a leg against Kirsty Hutchinson, and Tony defeated Scott Mitchell 6-1 in a fine display. Tony also got to the semi finals of the open tournament so he will be pleased with his weekends work.

Next up on the BDO tour is the Isle of Man in a couple of weeks and there are another round of BICC fixtures on the weekend of March 2nd.