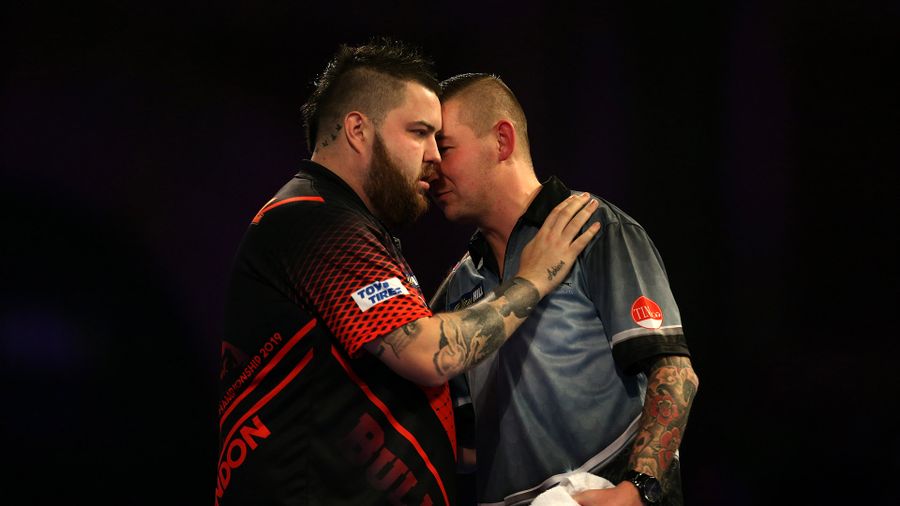 Michael Smith booked his place in the World Championship final for the first time as he defeated an inspired Nathan Aspinall 6-3 at Alexandra Palace.

Smith – who will be vying to win his maiden major PDC title on New Year’s Day – was emotional after a terrific semi-final encounter with Stockport’s Aspinall.

The St Helens ace came flying out of the blocks as he raced into a 2-0 lead in sets – whitewashing 27-year-old Aspinall in both of the opening two sets.

After he put his first set on the board, we saw a different Nathan Aspinall as he halved Smith’s lead with a phenomenal 13-darter, to win set three in the deciding leg.

‘The Asp’ continued to impress; legs of 13, 15 and 12 darts levelled up the tie at two-a-piece as he defied a 136 checkout from Smith. Aspinall pinned a sublime 11-dart leg to set the ground running in the following set, only for Premier League finalist Smith to reel off three of the next four legs – hitting a crucial dart at double nine to restore his advantage.

Aspinall took the next set to level up proceedings at 3-3, but the luck stopped there for the former World Youth Championship finalist as Smith reeled off the next three legs in succession and pinned a magnificent 121 outshot to clinch his spot in the World Championship final and pocket £200,000.

‘Bully Boy’ managed to pin 17 maximums in a thrilling affair with Stockport’s Aspinall and set a new record for the most individual 180s in a PDC World Championship semi-final.

After his 105.22 average, over 51% checkout rate and 17 maximums, it’s safe to say that Michael Smith will fancy his chances whoever he faces in New Year’s Day’s final.