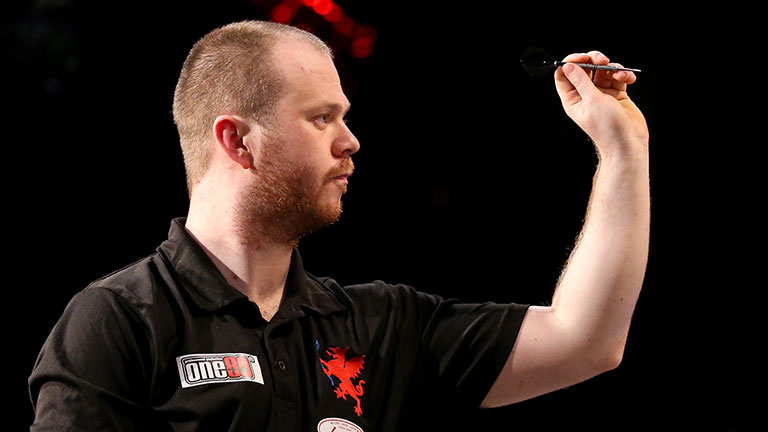 Somerset’s Justin Hood will make his BDO World Championship debut on Monday afternoon, during the 43rd staging of the organisation’s flagship tournament.

Hood, one of the greatest players in the South West of England, came through the play-offs held in Essex in order to make his first appearance on the biggest stage of them all.

“I can’t wait to make my World Championship debut,” he said. “It’s going to be a massive opportunity for me to show people what I can do on the board.

“The actual qualifiers were very difficult for myself. I went up there after having about four hours sleep and a county match the day before – I was exhausted.

“First game was a bit slack, but I managed to get the results I needed, and from there I played some amazing darts to take my place at the O2.”

The Glastonbury-based thrower, who plays county darts for Somerset, pulled off some impressive scalps at Gray’s Civic Hall – where the World Championship play-offs were held.

Both former Latvian Open finalist Craig Venman and former world finalist Jeff Smith of Canada were ousted by Hood, with the warehouse worker facing Romania’s Gabriel Pascaru in the first round.

Pascaru lifted three BDO-ranked titles in Russia, Ukraine and Hungary last year, in a breakthrough year for the Romanian.

“I don’t know much about Gabriel apart from that he obviously won the Ukraine Open,” Hood stated. “He could potentially be a dangerous player but if I play my game, I’m confident that I’ll get the job done.

“I have saw the draw for the next round, and again it could be a potentially dangerous game [against World Trophy finalist Richard Veenstra], but having watched him at the World Masters and the Grand Slam, I’m sure I can get the result that I want against him.”

Prior to winning through the World Championship play-offs in Essex, Hood made his World Masters debut, reaching the televised stages.

He bowed out in the last 32 of the longest-serving darting major at the hands of the eventual champion, John O’Shea.

“Playing in the Masters will help me mentally prepare for the TV cameras and lights,” Hood said, ahead of his World Championship debut. “It’s a completely different feeling than playing floor matches.”

Having won the Wells & District Summer League phase on two occasions, with his first of those coming almost seven years ago, the Glastonbury man is one of the greatest darters within the West Country region.

“In all fairness I don’t play league darts due to myself working night shifts,” alluded Hood. “But there are a few stand out players in and around my area that keep me on my toes when I go to tournaments.

“A few names I can mention are Ryan Palmer – a previous holder of a PDC tour card, Kelvin Hart who on his day is capable of beating anyone, and a few young players such as George Gardner and Dominic Taylor.”

Aside from his indubitable ability on the dartboard, Hood’s nickname of ‘Happy Feet’ is rather unique, and unlike a lot of bynames, his has a story to go alongside it.

“The first county match I ever played, I didn’t have black shoes. So I therefore had to borrow some from someone who had size 12 feet.

“When I pressed my foot up against the oche the front of the shoe bent up.”

Whether he bows out in the opening round or lifts the prestigious trophy on Sunday evening, Hood will be attending PDC Qualifying School later in the month, in order to assess his darting prowess.