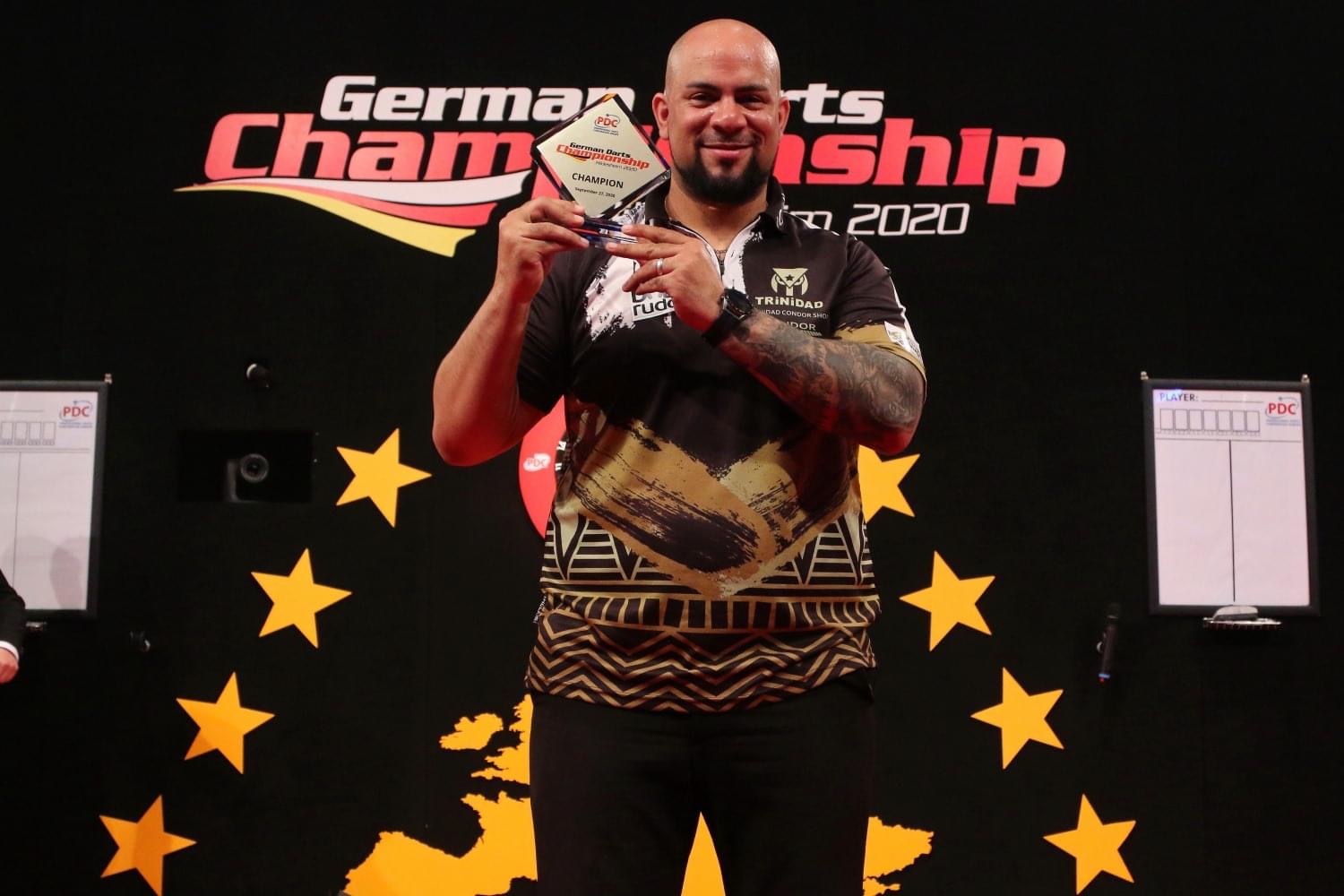 Petersen recently squandered four match darts in the final of the Players Championship 17 in Niedernhausen and recorded his first competitive nine-dart finish.

The South African capped off a marvellous month with an elusive European Tour accolade as he defeated Jonny Clayton 8-3 in a scintillating final showing.

Petersen came through a qualifying event seven months ago, before seeing off Jeffrey de Zwaan and staging a remarkable comeback to overcome world number three Gerwyn Price on Saturday evening.

The 34-year-old then denied former world champion Rob Cross in a deciding leg thriller, prior to ousting both Krzysztof Ratajski and Danny Noppert to reach his third ranking final of the season. 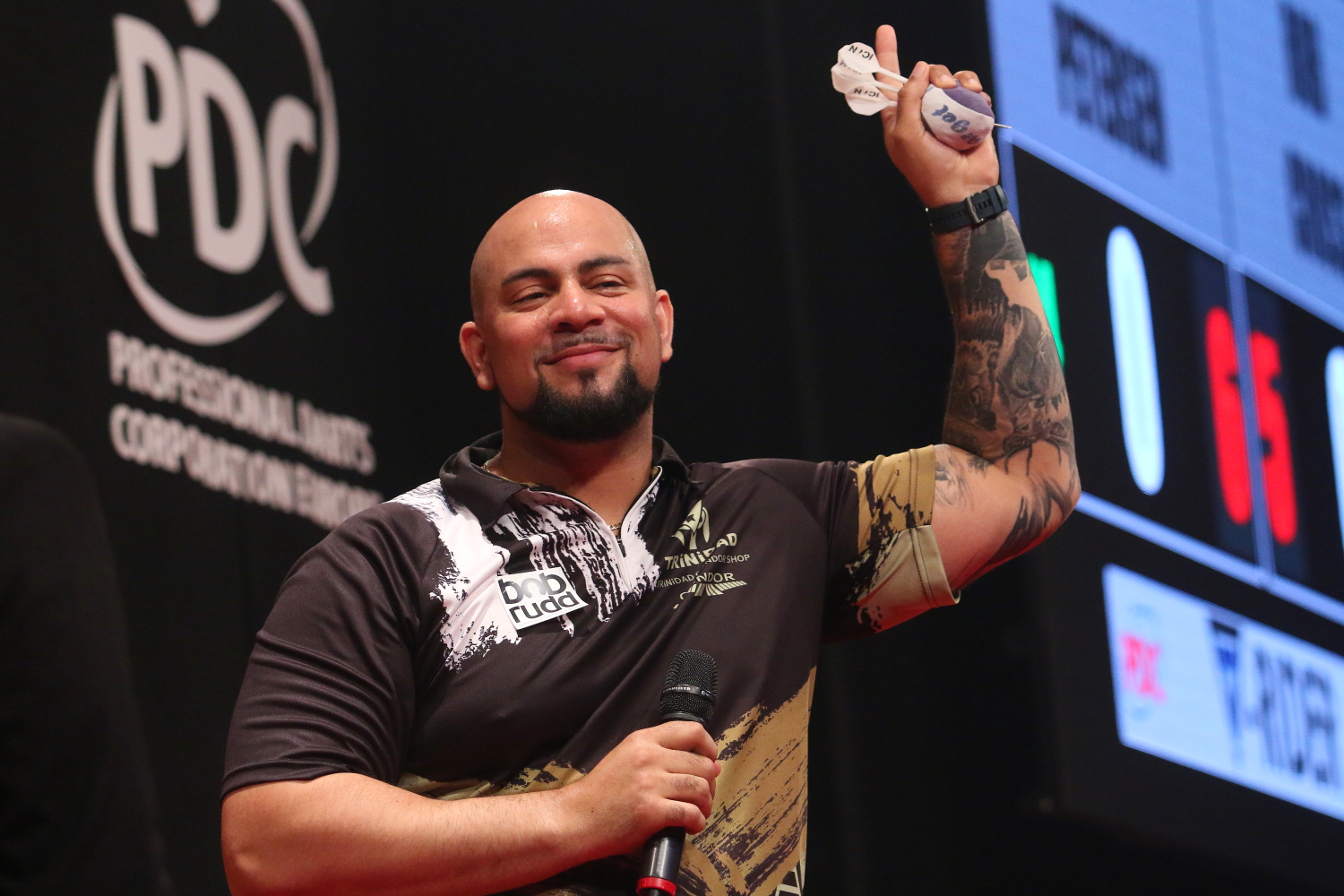 It was Petersen who raced out of the blocks in the final as he immediately broke the throw of Clayton, before doubling his advantage with his first maximum and a 12-darter.

Despite the Welshman halving the deficit on double eight, Petersen reeled off three legs in succession and began to sprint towards the finishing line in the biggest match of his promising career.

Finishes of 56, 70 and 78 meant Petersen would lead the former Austrian Darts Open champion 5-1 and move within three legs of becoming the latest first-time victor on the professional circuit.

Clayton would claim two of the next three legs, either side of a mesmerising 11-darter from the trailblazing African, which contained two maximums and a two-dart 64 checkout on double eight.

Petersen would fire home an additional two 180s to raise his tournament total to a staggering 26 on his way to registering legs of 14 and 13 darts to seal the deal and become the first African winner of a ranking title.

🇿🇦🏆 DEVON IS THE CHAMPION 🏆🇿🇦

Dreams really do come true as Devon Petersen wins his first ever PDC title as he is crowned the 2020 German Darts Championship winner after an 8-3 victory in the final!

The wait has finally ended for Devon, who has been incredible all year 🔥 pic.twitter.com/wA5P5G2ffU

“I’ve been working hard for what feels like a lifetime, since I was 15-years-old,” said an emotional Petersen after averaging 102.75 in the final.

“The last two to three years have felt like the hardest because of the level of players I’ve been competing against.

“Sometimes you just feel like you’re never going to get there because the players out there are so good.

“Losing to Gerwyn Price at the Autumn Series spurred me on to win this title.

“It’s an amazing feeling. To stand on this stage as a PDC champion in front of fans is just fantastic, it’s a very special night for me.”

Earlier on Sunday evening, defending champion Daryl Gurney was ousted by the in-form Noppert as the Dutchman made the last four stage on the European Tour for a second time.

The former BDO World Championship finalist averaged just short of the 100 mark and converted six of his seven attempts at double in a convincing win over the Northern Irishman.

The European Tour now faces a much shorter break before returning next month as the European Darts Grand Prix takes place from October 16-18 in Sindelfingen, Germany.