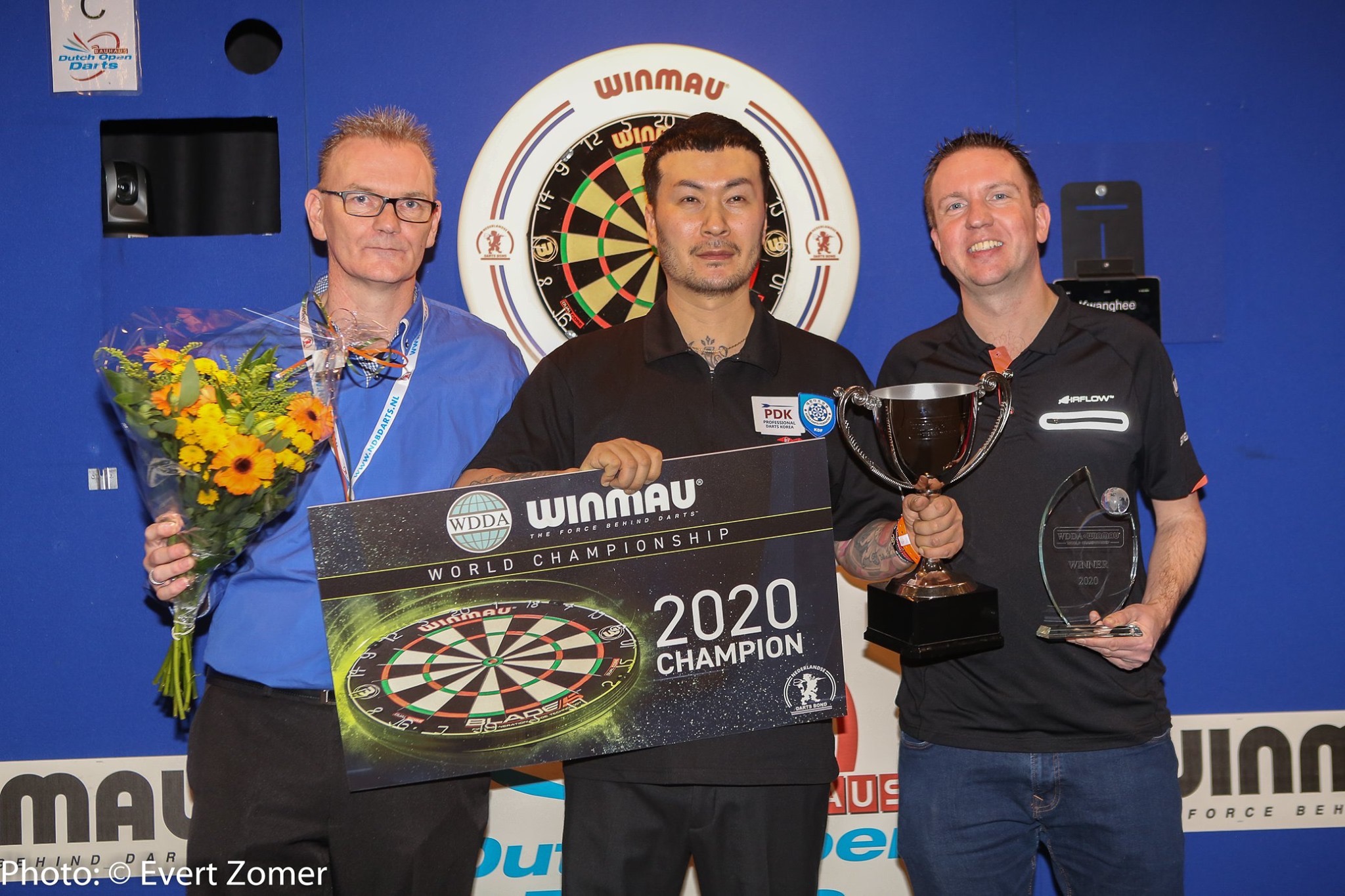 Cho, who was crowned Korean Open champion last year, emerged as the first disabled world champion in coming through a field of 32 at the De Bonte Wever in the Netherlands.

The former WDF World Cup participant became the second player of Asian descent to win a world title, adding to Mikuru Suzuki’s triumphant campaign at the both the 2019 and 2020 BDO Women’s World Championship.

Cho dropped just four legs on his way to reigning victorious, with Belgium’s late replacement Bernard Mertens and Shane Harvard being swept aside early on.

He subsequently battled back from 2-0 down in his quarter-final clash with Rotherham’s 56-year-old Peter Bramley, before defeating another Englishman in Jonathan Hirst in whitewash fashion to book his place in the final.

Those watching on back home in South Korea would be intrigued whilst eyeballing their television in the early hours of the morning, though, the time difference failed to effect the scintillating Kwang-Hee Cho.

He defeated Mike Callaghan 3-1 in the final, before being greeted with the £1,000 cheque and having his name engraved as the first on the prestigious trophy.