HomeBDOStainton does double in Cyprus as Greaves continues excellent form 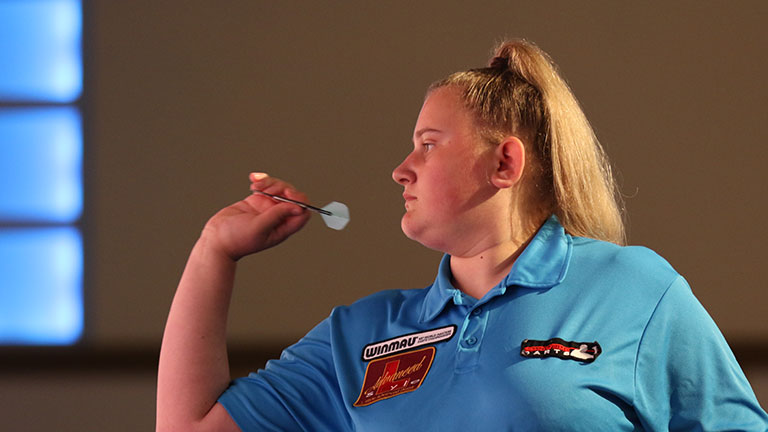 Simon Stainton won his first two BDO ranking titles at the Northern Cyprus Open in Bafra this weekend, with Lisa Ashton and Beau Greaves taking the honours in the women’s events.

All four tournaments saw some notable names entered, with Stainton the top seed for the men’s events, and the likes of Martin Phillips, John Scott and Gabriel Pascaru also in action.

As for the women’s, Ashton and Graves were the two biggest names there alongside Laura Turner and Paula Jacklin.

Russia’s PDC World Cup participant Aleksey Kadochnikov was in impressive form in the men’s Open, whitewashing Phillips in the last 128 before also beating Mike Warburton on his way to the quarter-finals.

Third seed Aaron Turner was beaten in the last 16 by Pascaru, while Nick Fullwell produced consecutive whitewashes to reach the semi-finals.

In the last four, Fullwell lost to Stainton, while Francis Carragher made his second BDO final with a win over Rhys Griffin. Stainton took a 5-2 lead in the final, but was pegged back to 5-5, although he managed to get over the line to win the Northern Cyprus Open and move up to 12th in the current rankings.

Laura Turner lost out in the last 16 of the women’s Open to Grace Crane, who went on a run to the semi-finals after a win over Margaret Sutton.

Beau Greaves didn’t drop a single leg on her way to the semi-finals, where she beat Crane to continue her sublime form. Lisa Ashton and Paula Jacklin also booked their places in the last four with wins over Tracey Marie Davies and Chloe O’Brien respectively.

Greaves averaged just below 85 to see off Ashton 5-2 in the final and win her ninth title of 2019.

However, Ashton had previously beaten Greaves in the final of the Northern Cyprus Matchplay with an average of 93.75, while Simon Stainton also won the men’s Matchplay by seeing off former PDC Tour Card holder Steve Hine.