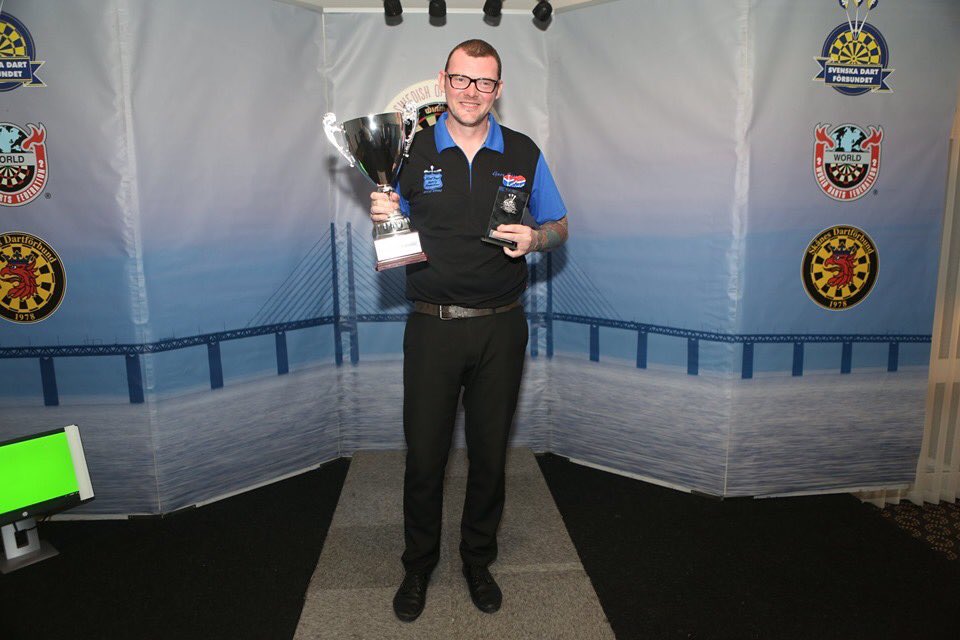 The East Stirlingshire thrower, who reached two semi-finals in Luxembourg at the end of July and his first final on the tour in seven years last weekend in Antwerp, continued that run with a series of strong wins at the Scandic Triangeln hotel in Malmo.

In the final Stone met John Scott, who was in his third ranking final of the year. After edging out Patrik Sjögren 4-3 in the last 32, the Middlesex ace then only dropped one leg before the final, recording whitewash victories over Ross Montgomery and Johan Engstrom and a 4-1 triumph against the Latvian Nauris Gleglu.

The Baltic & Scandinavian regional qualifying spot for the 2020 BDO World Championship was on the line in the Gents Classic, as it was the region’s final competition of the season.

Andreas Harrysson held a 12-point advantage going into the tournament and while he was eliminated in the first round by Brian Raman, closest rivals Dennis Nilsson and Brian Lokken failed to do enough to dislodge the Swede from the top of the table. He now becomes the second regional qualifier to confirm their place for the tournament at the Indigo at the O2 after Canada’s David Cameron.

Also played on the Sunday was the ladies pairs event, which was won by Maud Jansson and Vicky Pruim. They beat Deta Hedman and Kirsty Hutchinson, who won the competition in 2018, 5-4 in the final.