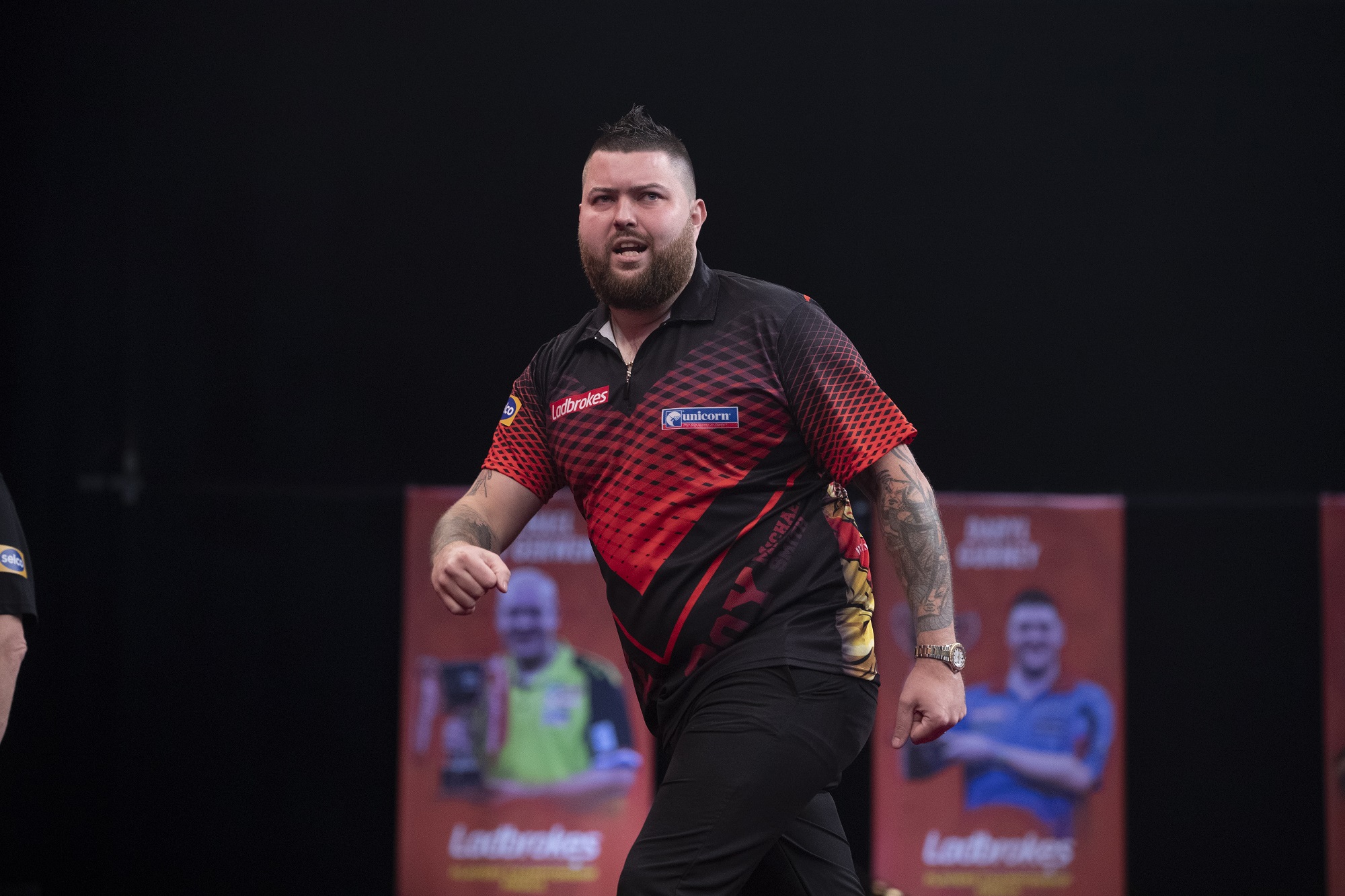 Michael Smith impressed in overcoming both Jose de Sousa and Gary Anderson as the top four prevailed on Saturday at the Players Championship Finals.

It was a moving day at the Ricoh Arena in Coventry as both the second and third rounds were contested, though, shocks were limited throughout the duration.

Smith trailed 4-1 against two-time world champion Anderson, but reeled off five legs in succession to progress and set up yet another meeting with Portuguese sensation De Sousa.

Both players were firing home maximums at alarming regularities, with Smith remaining hot on heels of a scintillating De Sousa in the early exchanges, before eventually prevailing a 10-7 victor.

Meanwhile, the world’s top three of Michael van Gerwen, Gerwyn Price and Peter Wright all progressed to the quarter-finals of a televised tournament for the first time this year.

Van Gerwen was tremendous in seeing off both Jonny Clayton and fellow Dutchman Jeffrey de Zwaan, with the world number one still on course to claim his first major title in eight months.

World number two Wright thrashed Simon Whitlock with a 102.50 average, before coming through a deciding leg battle against emerging youngster Callan Rydz – who converted a mesmerising 167 checkout on the bullseye.

World Grand Prix champion Price pinned checkouts of 121, 129 and 130 in seeing off Jamie Hughes and Luke Humphries respectively to comfortably advance to the last eight.

Price could meet Van Gerwen in the semi-finals, but Joe Cullen and Dirk van Duijvenbode will be wanting to avoid that mouth-watering contest coming into existence on Sunday afternoon.

After coming through a lacklustre affair against former world champion Rob Cross, Cullen was scintillating in brushing aside Ian White to set up a quarter-final clash against Price.

Dutchman Van Duijvenbode reached his third televised quarter-final of the season, thrashing both Luke Woodhouse and compatriot Niels Zonneveld to the loss of just one leg.

Elsewhere, Mervyn King followed up his scintillating showing against Dave Chisnall on Friday with convincing victories over both Karel Sedlacek and Danny Noppert to set up a quarter-final clash against Australian Damon Heta.

Heta reached the last eight at last week’s Grand Slam of Darts, and repeated that feat as he survived match darts against Ryan Murray prior to beating Ross Smith.

Kent’s Smith averaged just spare of the 100 mark in ousting world number six Nathan Aspinall in the second round, with ten missed darts at double proving costly for Aspinall.

The Players Championship Finals resumes on Sunday afternoon in Coventry, with the quarter-finals taking place, followed by the semi-finals and final in the evening.