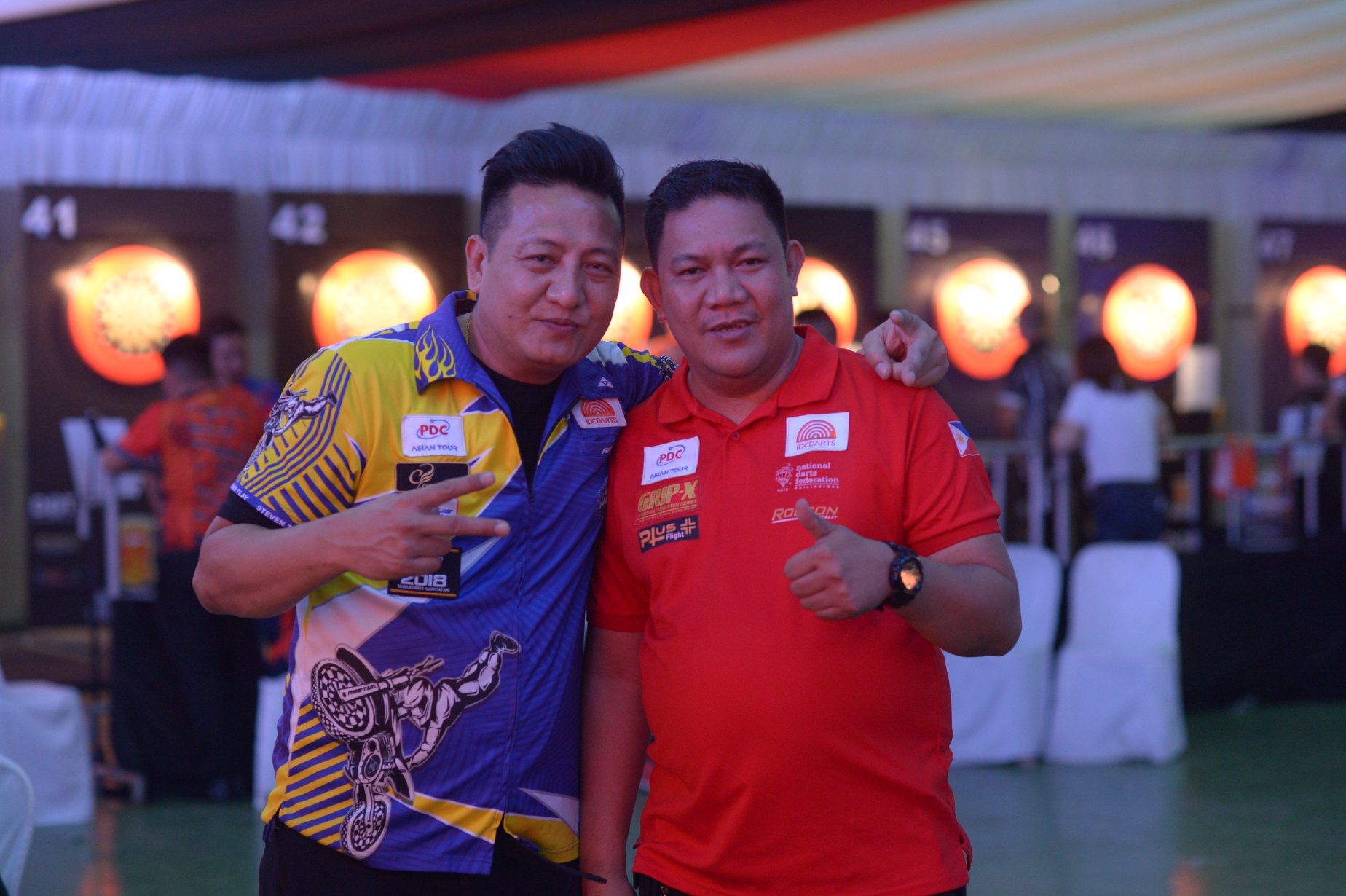 Success for Malicdem and Ilagan in Tacloban

Philippine duo, Lourence Ilagan and Noel Malicdem, took the titles on offer in their home country as they both increased their haul of PDC Asian Tour crowns.

As the Asian Tour visited Tacloban for the first time, it was two Filipino throwers who extended their chances of appearing at Alexandra Palace in December and pocketed $3,000 in the process.

Malicdem, who made his debut at the World Darts Championship in December, began his triumphant campaign with a 5-1 win over Shanghai Darts Masters qualifier and China World Cup of Darts representative, Yaunjun Liu, before wins over Hairul Azman, Jasper Alex Natividad and Eikichi Nakanishi booked his place in the quarter-finals.

Charlie Morris was next to endure defeat at the hands of the 42-year-old, going down to Malicdem 5-3, before the eventual champion scrapped past Andy Lou Villamor in a deciding leg to take his spot in the final.

Malicdem sealed the deal with a 5-2 victory and 92 average in the decider against Taiwan’s Teng Lieh Pu Po, who became the first Taiwanese thrower to make a PDC Asian Tour final, in a history-making run.

It wasn’t just down to a lucky draw, either. Pu Po gained scalps over five-time Japan Open champion, Seigo Asada, Christian Perez and Valdazan Capuyan in a terrific display across the day in Tacloban.

Malicdem’s compatriot, Lourence Ilagan, reigned victorious in the second event of the weekend in Tacloban, as he denied Japan’s Yuki Yamada 5-3 in the final.

Ilagan commenced his successful outing with successive 5-4 victories over Yuya Akutsu and John Marco Lumilang, before he dumped ladies’ World Champion, Mikuru Suzuki, out of the tournament despite her valiant 85.8 average and 116 checkout.

‘The Gunner’ sealed his place in the final following a 5-2 win over Paolo Nebrida, which came after wins over Juanito Gionson Jr and Royden Lam, before a narrow win over Yamada handed Ilagan the title.

Elsewhere, Malicdem, the event five champion, endured a semi-final defeat at the hands of Yamada, while Event Five finalist, Teng Lieh Pu Po exited at the last 16 stage thanks to a 93.4 average and 5-2 win from Dioleto Peresores.

It was a disappointing weekend for Paul Lim, who despite securing his spot at the World Cup of Darts, suffered last 32 and last 128 exits, while Seigo Asada was sent packing in the semi-finals of Event Five before his compatriot Yamada doing for him at the last 16 stage of the following tournament.

The PDC Asian Tour will now take a couple of months break before resuming on June 22-23 at the G Club in Taipei.