HomeBlogSuccess for Pétursson and Magnúsdóttir at Reykjavik International Games 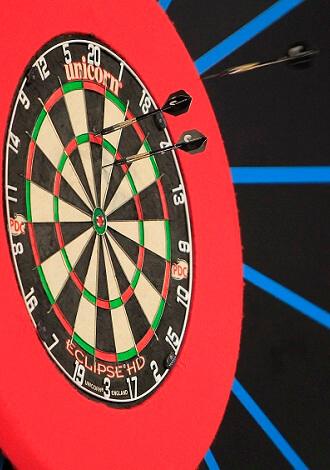 Both events, played over Saturday and Sunday in Iceland’s capital, started off with a group stage, despite the fact that there were significantly more men’s entries than women’s, and most of the well-known names in the men’s competitions made it through.

However, Pétur Guðmundsson fell at the last 16 to one of the better averages of the tournament, namesake Sigurgeir Guðmundsson beating the veteran 4-0 with a 79.1 average.

His fellow Icelandic Premier League stars also fell relatively early on, Vitor Charrua and Hallgrimur Egilsson losing to Kristján Þorsteinsson and the aforementioned Sigurgeir Guðmundsson respectively, both in the quarter-finals.

In the semi-finals, Friðrik Diego eased past Þorsteinsson 6-2, while the other game went all the way, Pétursson denying Guðmundsson in a last-leg decider.

The standard went up another notch in the final, Pétursson kicking off in sensational style with 16- and 19-darters to take the first two legs. The pair then shared the next six legs, meaning Pétursson held a 5-3 lead in the best-of-thirteen contest.

Pétursson quickly seized the initiative back, breaking to go within one of the winning line, and finished it off with a superb 15-darter to take the title and the potentially vital WDF ranking points, 7-4 over Friðrik Diego.

In the women’s event, only eight entrants meant there were fewer matches than the men, and it was María Jóhannesdóttir and Ingibjörg Magnúsdóttir who made it to the final.

The first four legs were split between the duo, but Magnúsdóttir then went on the charge to claim five consecutive legs and win the title, courtesy of a 7-2 scoreline in the decider.