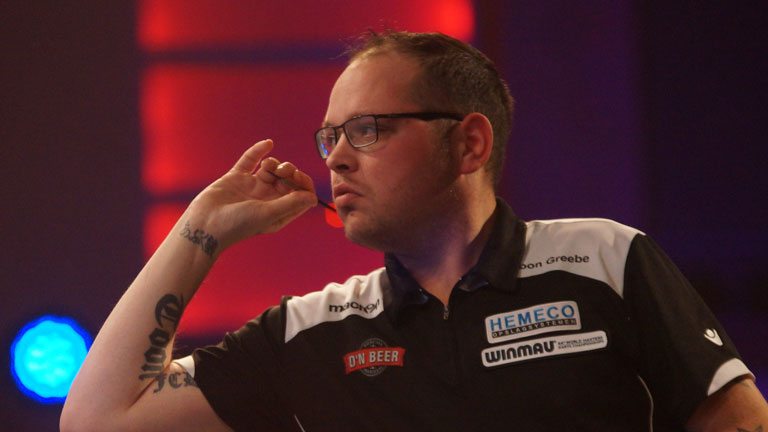 Dutch native Toon Greebe was the star of the show this weekend as the British Darts Organisation (BDO) travelled to Poland, winning the Category C Polish Open and finishing as runner-up in the Category D Police Masters.

Greebe, who has struggled for form since having one of his feet amputated in late 2017, picked up his first BDO title on Saturday, beating home favourite Sebastian Steyer 6-3 in the Open final. The Dutch thrower fired in a 78.66 average as Steyer came up just short in his second BDO final of the season.

Greebe would then power through the field in the Masters to set up a meeting with Welsh international Mark Blandford in the final. Greebe raced into an early lead, taking out 100 in the opening leg of the match and firing in three maximums, only for Blandford to peg him back and win the game 6-4, sealing it with an impressive 12-dart leg. Blandford averaged 81.39 to Greebe’s 82.89 in a highly competitive game.

Both men’s respective efforts over the weekend have secured them a place at the World Masters later this year.

In the ladies competition, honours were shared between Denmark and England.

Danish thrower Fie Skinnes took the Polish Open ladies title, edging out Stefanie Rennoch in a last-leg decider to prevail 5-4. In the Police Masters, top seed Deta Hedman hit checkouts of 90 and 80 as she beat Anna Hlavova 5-1 to pick up her second ranking title of 2019.

Having been amongst the top eight seeds for the men’s competitions this weekend, a lot of eyes were on young Leighton Bennett and once again he showed his quality. The 13-year-old prodigy followed up his run to the semi-finals of the Polish Open, which saw him record whitewash victories over Thibault Tricole and top seed Mario Vandenbogaerde, by winning the Polish Open boys competition. He secured that crown by beating Daan Bastiaansen 4-3, averaging 76.29 in the process.

Bastiaansen was able to make amends on the Sunday though, winning the Boys Police Masters final by defeating Poland’s Sebastian Bialecki. Bialecki came out of the blocks firing, hitting three maximums in the opening legs, but Bastiaansen showed his class and superior finishing to prevail 4-2.

In the Polish Open girls competition, the Czech Republic’s Anna Votavova was victorious, beating Nicol Melicharova 4-0 in the final.

What Are the Odds on Michael van Gerwen Winning the 2019 Premier League Darts Title?