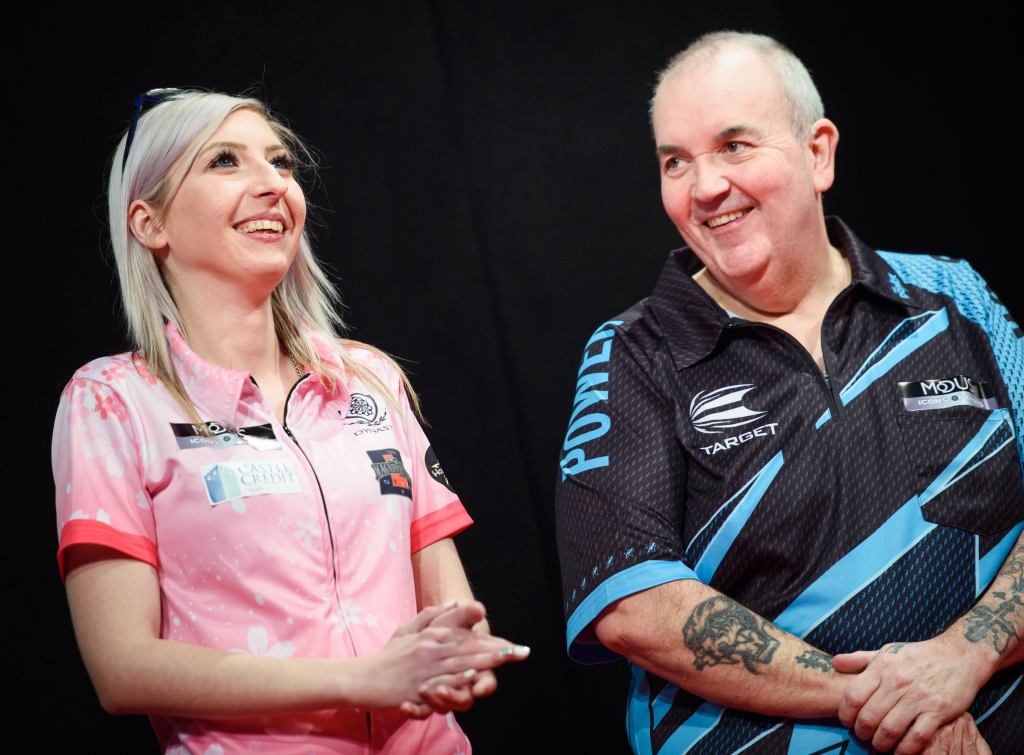 Phil Taylor and Fallon Sherrock will lock horns in the latest edition of Darts From Home on Thursday evening, with proceedings raising money for NHS key workers.

Over £25,000 was raised for various charities throughout the duration of the two matches, with organisers Paddy Power donating £1,000 for every maximum struck and £200 for any single-dart finishes.

‘The Power’ will now contest a highly-anticipated encounter with global sensation Fallon Sherrock – who accepted the challenge whilst acting as a pundit for Sky Sports during Taylor’s clash with women’s world champion Suzuki.

Taylor and Sherrock have met virtually on multiple occasions over the last few weeks in the respective online live leagues ran by Modus Darts. Their most recent tussle came on Sunday when the 16-time world champion battled back from 3-1 down to beat the 25-year-old 5-3.

However, there are a number of differences when comparing the usual steel-tip dartboard to the one that will be used on Thursday evening. The size of the trebles are significantly larger and the bullseye is often a preferred target for players, as the outer bull also counts as 50 points.

Neither Taylor nor Sherrock will be making their competitive debuts on the soft-tip scene, with Taylor having appeared in various soft darts events in Asia, and Sherrock doing likewise as part of team Great Britain.

Sky Sports will once again be broadcasting coverage of the spectacle from 7pm on Thursday, with the match also available free of charge via Paddy Power and Target Darts social media platforms.