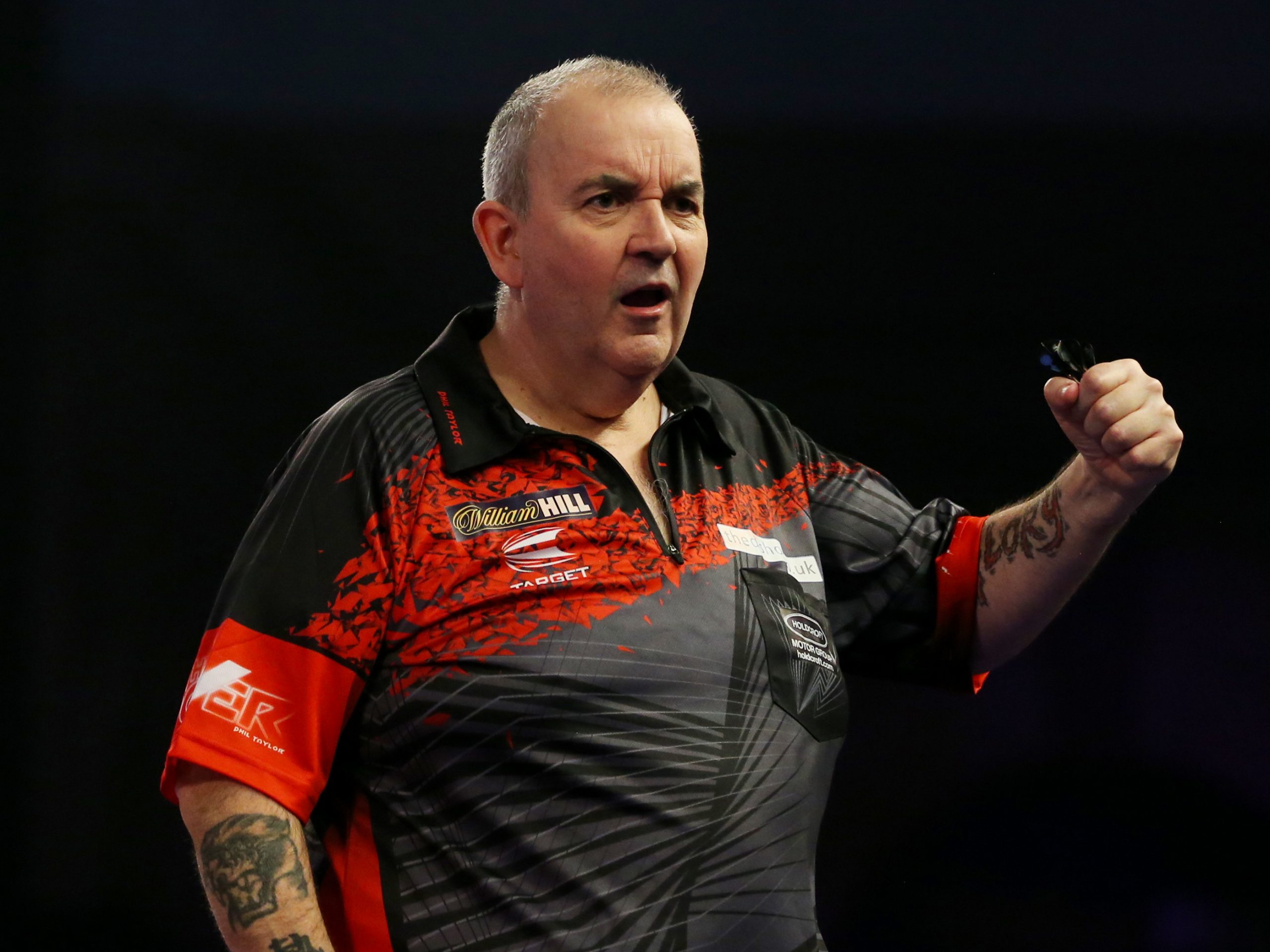 Phil Taylor returned to competitive action on Thursday evening with four wins from a possible five as he made a guest appearance in Modus’ A Night At The Darts.

Taylor retired from the sport professionally two years ago following his World Championship final defeat at the hands of Rob Cross, and has since appeared regularly on the exhibition circuit across the world.

It was confirmed on Wednesday that the sport’s greatest ever talent would be joining fellow world champions Martin Adams and Scott Mitchell as well as Russia’s Boris Koltsov, Jason Askew and Wessel Nijman in Thursday’s A Night At The Darts.

The 16-time world champion produced a scintillating string of showings throughout the duration of his guest appearance, recording four wins against a tough calibre of opponents – who have been competing in the Modus initiative since Monday.

Taylor opened his bid with a comfortable victory over Mitchell. The 59-year-old led 2-0 early on against the 2015 BDO world champion, though, Mitchell battled back and punished missed doubles, only for Taylor to reel off the next two and prevail.

He then overcame an impressive Askew, in a match which saw the pair trade ton-plus averages apiece. Recent UK Open qualifier, Askew, pinned checkouts of 81, 87 and 100, though, it wasn’t enough to see off a vintage Taylor.

Taylor produced a magnificent 15-darter in the deciding leg to seal the deal with a 102.67 average in by far and away his best performance upon his return.

The Stoke-on-Trent man subsequently whitewashed Adams – who leads the pack in the overall A Night At The Darts standings by quite some distance – before maintaining his unbeaten streak with a 105 checkout in a 4-2 win over the impressive 19-year-old Nijman.

It was Russian number one Koltsov who handed the sport’s greatest ever talent his first loss of the evening as he edged ‘The Power’ in a last leg decider.

The Moscow-based ace battled back from behind on three occasions, including a superb 11-darter in the sixth leg, before gaining the lead for the first time with a nerveless 15-darter in the decider.

Despite Taylor’s guest appearance being for a solitary evening only, Modus’ A Night At The Darts takes place from Monday to Saturday each week, and is streamed live via a number of platforms.

Hope everyone enjoyed the darts tonight.
Sorry its late ?????just showing my continued support and appreciation for all the amazing work the NHS, Key Workers & everyone on the Frontline is doing.
Stay Safe Everyone!

Modus A Night at the DartsPhil Taylor