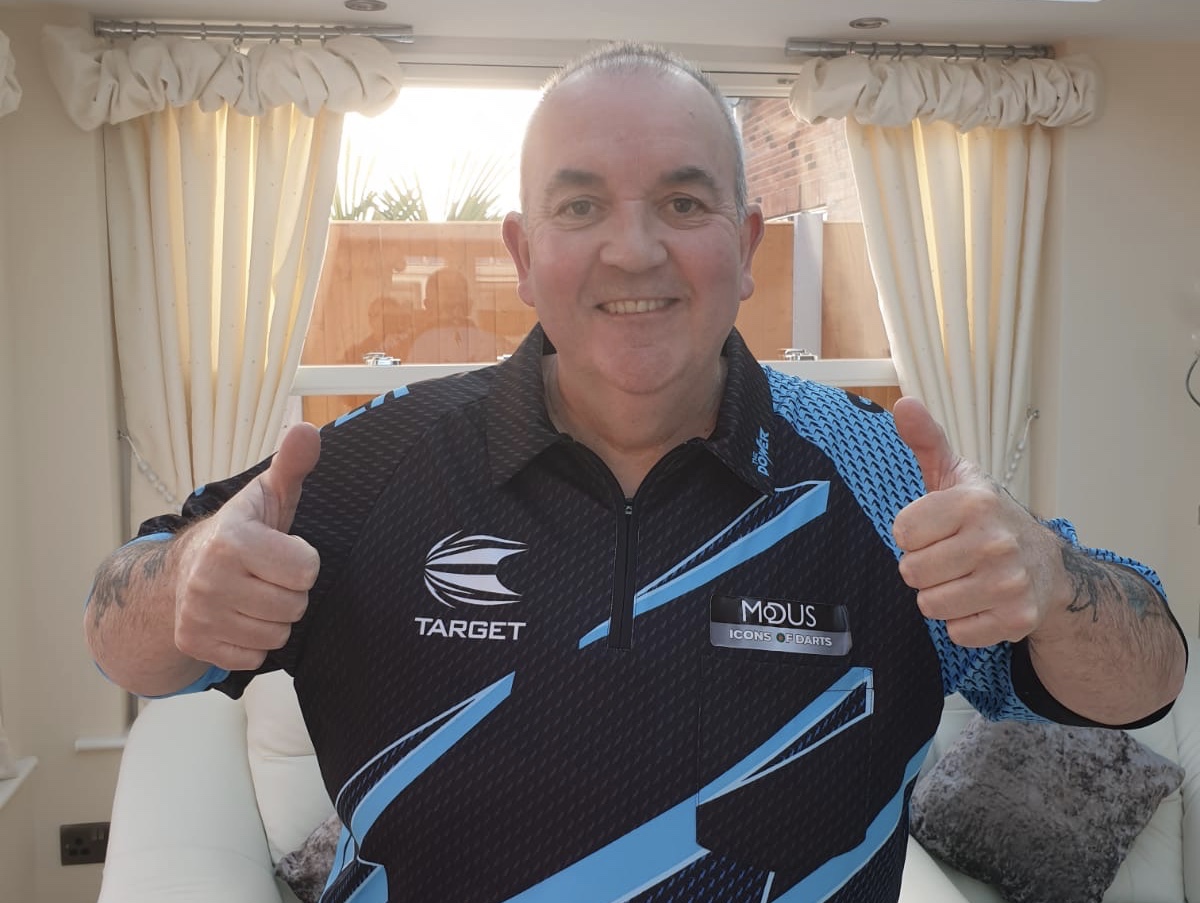 Phil Taylor returned to the Modus A Night At The Darts fray on Friday evening as he overcame both Fallon Sherrock and Martin Adams during his guest appearance.

‘The Power’ appeared for the first time in the live-streamed Modus extravaganza last week, winning four of his five matches, and performed well once again throughout the duration of his second cameo role.

Great night tonight playing @ModusDarts180 loved every minute hope to be back next week.

His showdown with global sensation Sherrock was the highlight of an entertaining evening, in a match which was beforehand christened as the ‘The King of the Oche’ versus ‘The Queen of the Palace’.

The 25-year-old drew first blood with a magnificent 104 checkout, before being allowed to double her advantage following numerous missed opportunities in the doubling department from the legendary Taylor.

Sherrock squandered chances on the outer ring of her own in the subsequent leg for a 3-0 lead, handing the 59-year-old a foothold. The 16-time world champion then found a blistering a 11-darter to reinstate the match’s stalemate status.

Taylor then fired home his third maximum of the affair prior to pinning double eight to take the lead for the first time, moments after Sherrock hit a breathtaking 177 to leave a double.

The former BDO World Trophy champion proceeded to kick off the penultimate leg with her first maximum, before surviving a match dart and then nailing a nerveless 122 checkout to culminate a match-saving 15-darter.

Despite Sherrock holding the advantage of throwing first in the decider, it was Taylor who prevailed with a 60 checkout and a valiant average of 91.86.

Yeeeyyy, really enjoyed tonight again, especially playing the legend @PhilTaylor, I’m getting closer to him ?…. he’s still very very good. Thank you to everyone for your support and kind messages and to @ModusDarts180 for keeping me involved in darts ? #StayHomeSaveLives https://t.co/Ul3MRkafXB

Earlier in the evening, Taylor had opened his campaign against the emerging 19-year-old talent Wessel Nijman – who recorded an unstoppable average of 112.38 in an empathic 4-1 victory.

‘The Power’ registered an impressive 105.76 average himself in a high-quality encounter, despite being handed only two shots on the doubles against a Dutchman who pinned four of his five attempts on the outer ring.

Taylor subsequently scooped his first win of the evening in a doubling masterclass whilst whitewashing the reigning Isle of Man Open champion Michael Warburton, before succumbing to a second loss at the hands of David Evans.

In his fourth match of his guest appearance, Taylor defied finishes of 67, 121 and 153 from his old foe Martin Adams as he battled back from two legs behind, pinning a nerveless 14-darter in the deciding leg.

The darting doyen’s results did not count towards the overall standings due to his five opponents having participated in the third week of Modus’ A Night At The Darts since Monday.