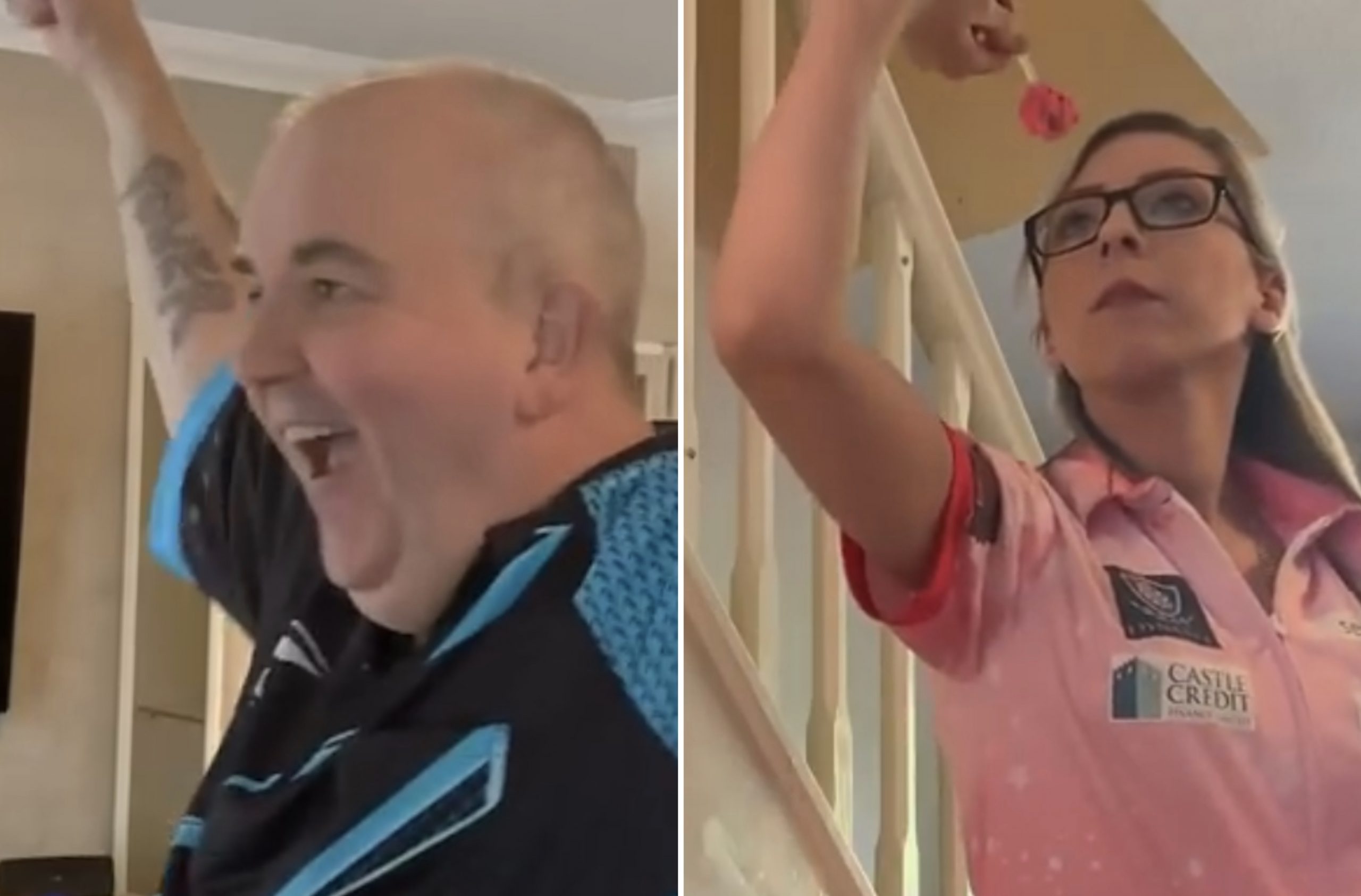 Taylor withstands 121 average from Sherrock in deciding leg thriller as £16,200 is raised for NHS workers

Phil Taylor narrowly denied Fallon Sherrock in a deciding leg soft-tip thriller as part of the Darts From Home series on Thursday evening, withstanding an astronomical 121.61 average from the global sensation.

The 16-time champion of the world was beaten by his old adversary in early April, before returning to winning ways with a comeback win over Japan’s Suzuki last week.

Sherrock, who famously became the first woman to surpass the first round at the World Championship in December, was next to lock horns with the darting doyen in order to raise money for the NHS charity, Heroes, and help the fight against coronavirus.

Organisers Paddy Power donated £1,000 for every maximum struck in the affair as well as £200 for any single-dart finishes. Both players pinned seven 180s apiece with a grand total of £16,200 being raised for healthcare workers.

Both Sherrock and Taylor had been producing a sublime standard whilst competing in the Modus Icons of Darts Live League prior to gracing their living rooms on the electronic dartboard, and that was evident as the pair each recorded averages of around the 120 mark.

‘The Queen of the Palace’ produced a finishing masterclass reminiscent to that of her expertise on the outer ring at the World Championship – which proved essential in her unprecedented run to the third round.

Sherrock converted checkouts of 155 and 110 before the interval whilst constructing a slender advantage, before returning with an eye-opening 130 outshot on double eight.

However, the 25-year-old’s brilliance exceeded her obvious finishing skills. She threatened the nine-darter in the eleventh leg of proceedings, pinning back-to-back maximums followed by a seventh successive treble 20, before squandering the eighth dart.

Commentator Wayne Mardle was left bemused and bewildered as to why she ditched her usual 81 route of treble 15 followed by her favourable and history-making double 18.

Taylor punished Sherrock, pinning double eight, though, the former BDO World Trophy champion didn’t surrender. Instead, she forced to a deciding leg with her fifth maximum and a 14-darter.

Sherrock subsequently commenced the decisive leg with successive maximums, and was seemingly set to close out a narrow victory over the 59-year-old, however, Taylor pulled out of the hat a mesmerising 167 checkout to reign victorious.

Both Taylor and Sherrock will expectedly encounter one another once again in the Modus Icons of Darts Live League in the coming weeks, as the latter continues to chase that elusive maiden triumph over the sport’s greatest.

Really enjoyed that, should have won 🙈, thank you @PhilTaylor but why hit the 167 😥… awesome we raised £16,200 for @NHSMillion – thank you @paddypower @TargetDarts @ModusDarts180 @SkySportsDarts – let’s play steel tip next time so I can get revenge 😉🤞 pic.twitter.com/gUKJ7xFLck

Hope everybody enjoyed the at home at darts game against @Fsherrock sponsored by @TargetDarts and @paddypower I loved every minute and I know Fallon did aswell.

Modus Icons of Darts: Double delight for Evans as he wins Day Four on leg difference