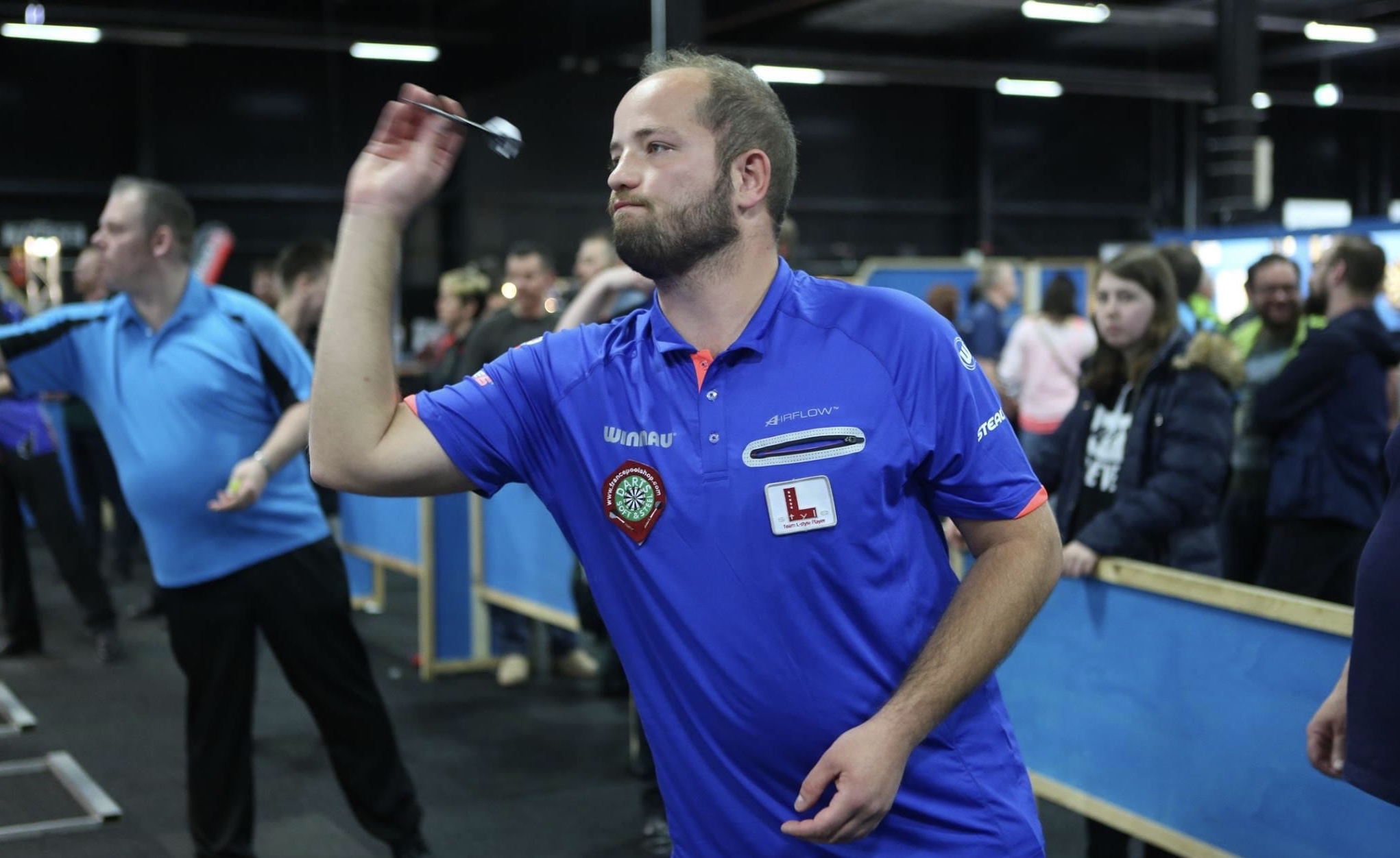 Thibault Tricole: ‘The French media are more and more interested in darts. I have hope’

Life is currently rather different than it was just a small matter of a few weeks ago for Thibault Tricole. The French number one is – like the vast majority of the continent – under lockdown, though, things were poles apart in early March as he conquered the Isle of Man.

Having twice come agonisingly close to securing professional status at PDC European Qualifying School, Tricole has not only placed darts firmly on the map in France, but also achieved great success on the oche whilst doing so.

He reigned victorious in Greece and Spain last year as well as narrowly missing out in a number of additional finals, before becoming the first player of French descent to grace the World Championship stage in January.

Thibault Tricole gets the job done in a sudden death leg against Ross Montgomery to secure victory on debut at the O2 Indigo. #BDODarts ?Tip Top Pics @ProSportsImages pic.twitter.com/0VezNGhF2S

After taking a short but much needed break following his exploits in both the World Championship and Q School, Tricole returned to winners’ circle, scooping his third World Darts Federation ranked title in the space of just over year.

Stephen Bunting, Ted Hankey, Glen Durrant and Gary Anderson have all sealed success at the Isle of Man Darts Festival since it moved to the Villa Marina in 2004, and the emerging Frenchman joined them after fending off a comeback from Neil Duff to lift the Isle of Man Masters.

“It provided great satisfaction,” Tricole said. “I came with some doubts following the World Championships and Q School because I completely released the pressure and the practice so my level had dropped.

“I achieved superb performances. When I arrived on the first day and saw the number of good players registered, I never suspected that I would perform well the following days. It was a very nice experience because I never gave up during my matches. I came out of them with more experience.”

The Isle of Man Darts Festival was one of the only WDF weekends to survive in early March, with tournaments in Hungary, Germany and the Faroe Islands being abruptly postponed or cancelled on the same weekend due to growing concerns of spreading coronavirus.

Tricole had some concerns prior to heading to the Isle of Man after witnessing the Hungarian double-header being removed, often wondering if he would be able to return in spite of the global health situation.

“I had some doubts from the moment the Hungarian Open was cancelled the same weekend,” he added. “But in the UK, it’s a bit like in France, we didn’t take the virus straight away.

“It was only [the same weekend as the Isle of Man tournaments] that the country implemented decisions. Then everything went very quickly. However, I wondered if I would be able to return.”

Whilst competing on the WDF circuit, Tricole, who is aptly nicknamed ‘The French Touch’, visits landmarks across Europe and plans to enjoy his weekend even if his darts do not fly the way he would anticipate.

“My goal is always to have a good weekend,” the Frenchman stated. “Sometimes, darts wise, it does not go as I would like so I try, in parallel, to discover the landscapes, to soak up places, to taste the local gastronomy. But, at the same time, I cannot afford to stay a week for each weekend of competition.”

Thibault Tricole picked up his first WDF ranking title of the season as he defeated Neil Duff 4-3 to win the Isle of Man Masters title! ? pic.twitter.com/X5NGeO0NRU

Aside from his obvious prosperousness whilst competing in WDF and BDO ranked events, Tricole has attempted to become France’s first ever professional arrowsmith.

For the aspirant professional, Q School is deemed the dream factory. Four days of intense, gruelling and vastly competitive play with a small percentage of those in attendance leaving triumphant.

Tricole has twice come extremely close to achieving Barry Hearn’s golden ticket, however, he believes missing out on a coveted tour card could be essential as he continues to gain all-important experience.

He said: “I found myself going so far on some days, but when seeing great players losing quickly. I must say that the draw is very important.

“I did not realise immediately the exploits that I was carrying out. That didn’t stop me from stressing out on the last day. In hindsight, it’s bad for good because I didn’t feel ready for the PDC.”

Good to see Thibault Tricole appears to have made another final over in Greece. Really tidy thrower, expecting him to have a bit of a breakout throughout the remainder of 2019.

The 30-year-old now becomes eligible to participate in the PDC’s secondary circuit, the Challenge Tour, and will attend some of remaining dates when the coronavirus pandemic passes in order to get further experience under his belt.

“The first [Challenge Tour event] was just after Q School and I felt like taking a break because I had accumulated a lot of pressure following the tournaments at the end of last year – the World Championships and Q-School. So I didn’t do it.

“I plan to do a few for the experience without targeting the ranking. I remain focused on the BDO/WDF classification – which remains my priority this year because I still need to progress.”

Ranked within the top ten in the World Darts Federation system, Tricole is by far and away France’s number one player, and probably the greatest darts player to ever emerge from the country known for its range of wine and stunning landmarks.

Heaps of pressure comes alongside carrying your country on your back; pressure that Tricole often strives upon. His matches are regularly streamed online, and when they are swarms of French onlookers tune in to support their darting trailblazer.

“I have some pressure,” he alluded. “At times, this expectation around me stimulates me. But at times, I may miss it, especially because of social networks where people feel close to me when I know little about them.

“In any case, I try not to think about it too much, but actually I would like to contribute to the development of darts in France, and I would take this role to heart if necessary.”

Despite Tricole seemingly solely representing his country without looking further into the sport, thousands of players compete in various leagues and local tournaments in France.

Many of those thousands will be very good at throwing arrows and perhaps accurate enough to achieve success abroad, but why is Tricole the only one to be travelling across the world with the blue, white and red flag next to his name?

“The problem is sponsors and time devoted to the darts before it arises in France. This is the problem for many and not just in France, some have a good level but do not want to take risks because darts is unique.

“In the years to come, I think [more will eventually emerge]. The media are more and more interested in darts in France. I have hope.”