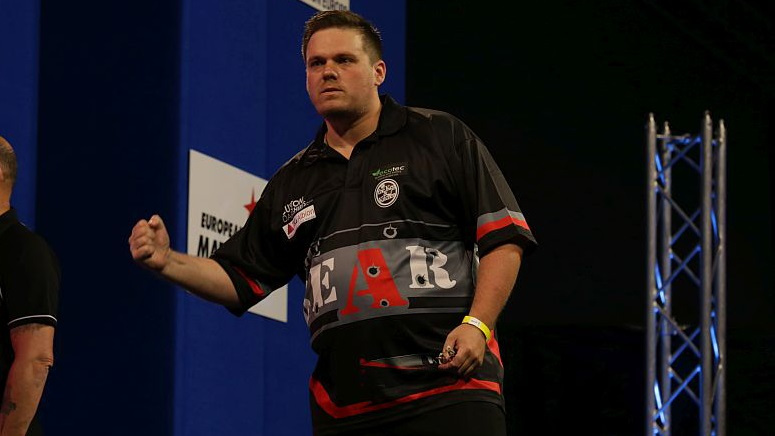 Approaching six years ago, the now excelling Gerwyn Price took PDC Qualifying School by storm, winning his PDC tour card at first attempt, though, the following stretch of that same spectacle will live eternally in the memory of Tony Newell.

Newell, who whitewashed Dave Ladley to seal his tour card in 2014, has remained an ever-present on the PDC ProTour since that very Friday afternoon in Wigan.

The Cumbria-based thrower, nicknamed ‘The Bear’, will make his fourth Q School appearance this weekend, having never experienced the deflation of coming away from the gruelling, intense bout without success.

Final comp of Q school prep tomorrow and so far 4 played, 3 won, in 3 different counties! Putting the time, effort and miles! into it this year and really feel my game is getting back to near 100% after an up and down couple of years. #iaintfinishedyet #teambear #4Q ??

“I’m really looking forward to Q School this year,” said Newell. “I’ve been working hard on my game during the past few months, and feel like my game is getting back to how it was a few years back.

“I think if you’ve done it [and come through Q School] multiple times before the experience can just be that little extra edge you need.

“I wasn’t playing well going into the last Q School, but knew if I could just navigate my board each day, I’d be there or thereabouts. I then managed to win my board three times and that was enough.”

Newell has tasted all but everything imaginable at Q School, from playing throughout the entirety and prevailing rather narrowly on points to brushing the field aside and coming through with relative ease, albeit his most memorable moment arriving in January of two years ago.

He said: “Obviously, the first time was an amazing experience, but for me finding out at the end of a long four days at my last Q School that I’d just squeezed in on points – whilst feeling that I was playing poor and not happy with my game – meant a lot.

“It was a real show of character for me to come through that.”

It has been well documented that Newell has struggled throughout the past twelve months or so, with results not going his way. The 37-year-old failed to earn any money through professional darts during the first seven months of last year.

His first victory transpired at the hands of the Netherlands’ Mario Robbe, with his form having seemingly picked up since that weight was swiftly lifted from his shoulders.

“It was hard believe me, but I wasn’t playing too bad,” expressed Newell. “I was just not seeing games off at the start of the year. Then, in the middle part I had a drastic change in equipment – which looking back now I shouldn’t have done!

“During the summer break, I went back to basics, back to my original set-up, started to believe in myself a bit, and the results followed.

“It’s such a hard earned privilege to play on the tour that even though results weren’t going my way, I wouldn’t walk away from it.

“I nearly missed my first ProTour as I had said I wouldn’t fly to Germany if I couldn’t pay for it through darts, and I got my first win of the season the weekend before Germany came around. But, that was as close as it got.”

Another major scalp landed at the feet of the Cumbrian as he produced a resurgent performance against former World Championship finalist Simon Whitlock to seal his place at the Gibraltar Darts Trophy.

“It was massive for me, especially as I was 5-2 down in the final game. To reel off four consecutive legs against a player like Simon, and after the year I had, was a huge confidence booster,” he said.

“I won’t lie, I had a touch of luck, but when he let me come back at the double 15, I knew it was going straight in and I hadn’t felt like that about my darts for a while.

“Although it was a bit of a panic. As soon as it went in, I didn’t realise it was five days away, and I had about £10 in my bank account to book flights and a hotel.

“Luckily, I’ve got a very good group of family and friends that always do their best for me.”

Despite the preceding twelve months not containing a lot of positives for Newell, the Ladbrokes UK Open very nearly materialised a moment of magic as two-time world champion Adrian Lewis stood behind him witnessing eight perfect darts being landed.

“I was surprised to begin with as I was playing awful during the match then all of a sudden just wire the double 12,” he alluded. “Afterwards, I was gutted.

“I was thinking about what potential prize money I might’ve missed out on and didn’t realise until the Players Championship Finals [around seven months later] that there wasn’t any prize money on offer for a nine-darter – I felt a bit better after that!

“It would’ve been nice though to have my name in the history books as a major championship nine-dart finish hitter, but I’ll just have to do it next time I get a chance!”

Matthias Orn Fridriksson: ‘I’ve made progress and that’s thanks to me quitting semi-pro football’