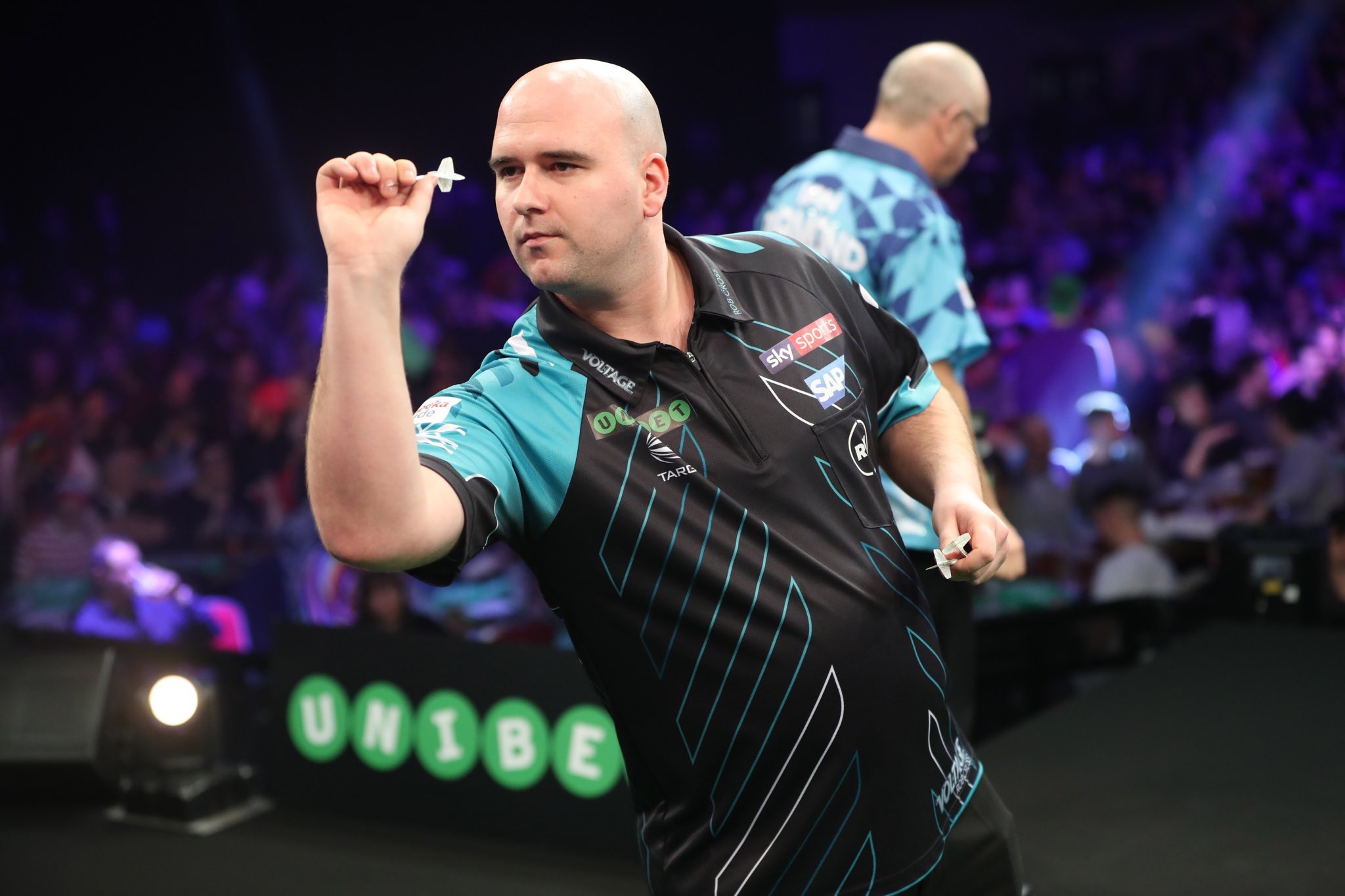 Rob Cross lifted the World Championship title just a month ago in London trashing Phil Taylor 7-2 in the final. Tonight, the newly crowned World Champion made his debut at the Unibet Masters, which was his first tournament since victory at Ally Pally.

‘Voltage’ saw off Stoke’s number one Ian White very comfortably as the Hastings-based star came out a 10-3 winner. Cross averaged over 102 and hit a 167 checkout on his way to victory in Milton Keynes.

Cross will face Champions League of Darts winner Mensur Suljovic on Sunday Afternoon at the darts. Suljovic eventually saw off Michael Smith in a edgy affair. Suljovic went into the break at Arena MK 5-0 ahead going out in legs hitting checkouts including 77 and 70.

Smith brought back Suljovic’s lead to 7-3 taking out a 130 checkout. Suljovic pinned double 7 to go into a five leg lead only for Smith to reel off three successive legs and take out checkout of 110 and 80 to level the game up at 8-8.

Suljovic, though, fired in his second 116 checkout of the game as he claimed his first leg in six before closing out victory on tops with a 14-darter.

Peter Wright suffered an early exit at Alexandra Palace last month but there was no problems for ‘Snakebite’ this evening in Milton Keynes as he came out a 10-5 winner against Alan Norris. Wright is on a mission at Arena MK to claim a third televised title.

Finishes of 97 and 80 eased Wright into a 3-1 lead before Norris took out a 14-darter to claim his second leg, ‘Snakebite’ finished 96, an 11-darter, tops and double two to move five legs clear.

Norris took two of the next three to pull back to 8-4, but double eight moved Wright clear before he recovered from one missed match dart to seal the win, averaging almost 97.

Raymond Van Barneveld came through a 10-9 winner despite his opponent Dave Chisnall averaging 106. The first four legs went with throw before Barney took out a 76 checkout to take a two set lead and then hit double 11 to take a 5-2 lead.

A fantastic 130 outshot followed from Barney to lead 6-3 before a 96 checkout gave the Dutchman a four leg advantage.

Chisnall then reeled off four straight legs pinning finishes of 64, 70 and 86 to level up the match at 7-7. Then next four legs went with throw to send the close affair into a last leg decider. Chizzy had a chance at an 88 checkout to win the match but Barney closed out the victory with a 10-9 win to face Peter Wright in the final.

Photography courtesy of Lawrence Lustig and the Professional Darts Corporation