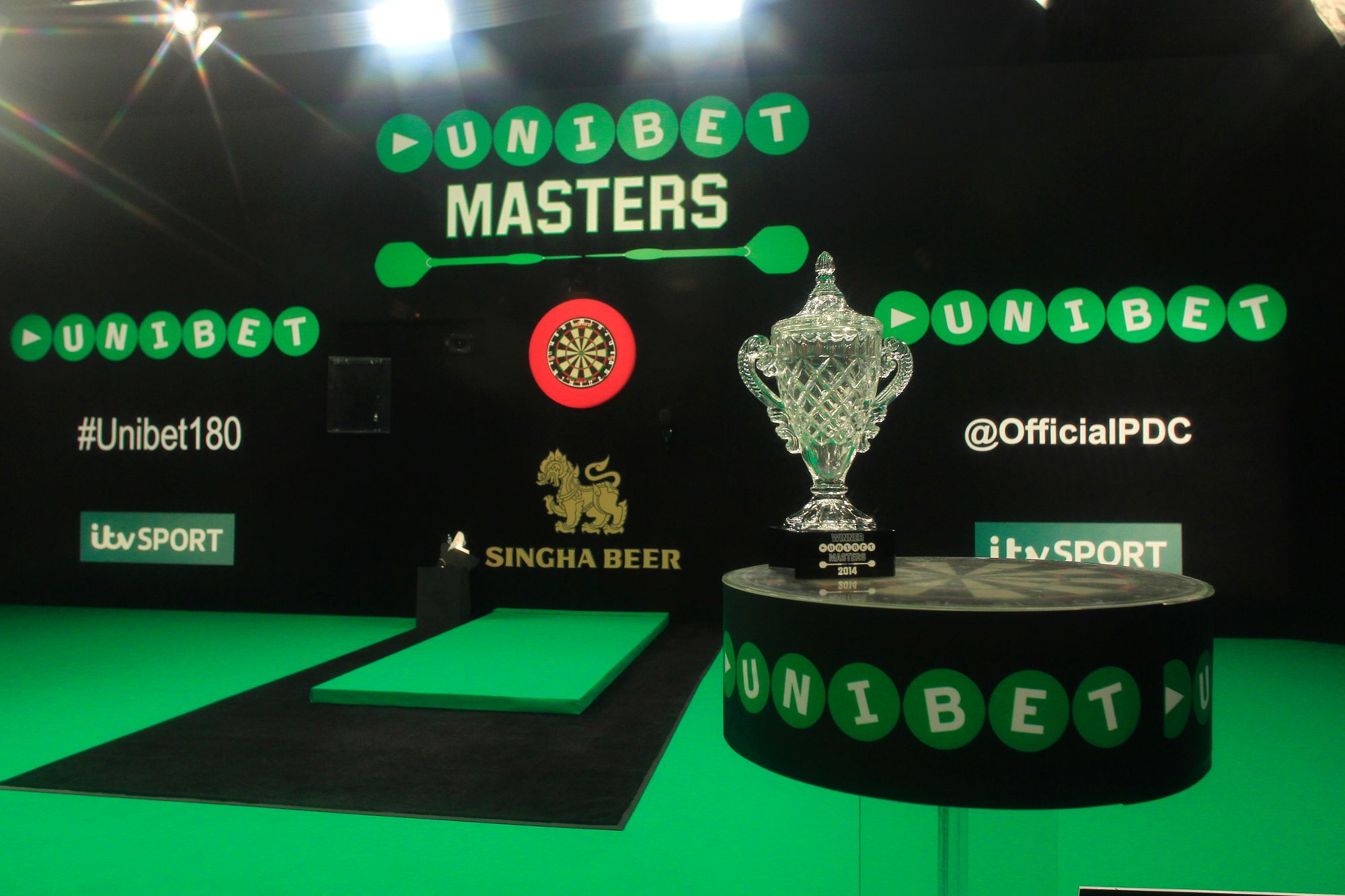 The Unibet Masters is just days away and Rob Cross will be making his television debut since becoming World Champion at the Alexandra Palace earlier this month. Cross is unbelievably making his Masters debut this weekend in Milton Keynes as ‘Voltage’ opens his campaign against the highly-rated Ian White. The duo met in Cross’ televised debut at the World Matchplay with the Hastings-based star coming out a 10-7 winner.

Michael Van Gerwen will be looking to come back with a bang in his first tournament since his agonising defeat to newly crowned World Champion Rob Cross in the Semi-Finals at the Ally Pally. ‘Mighty Mike’ will face Belgium’s Kim Huybrechts on Night Two at Arena MK. Van Gerwen will be defending his title this year following his victory over Gary Anderson in last years event.

Peter Wright will be back in action and looking to create a duplicate of his start to 2017, where the Scotsman won multiple Pro Tour events and the UK Open. ‘Snakebite’ will open his Unibet Masters campaign against Alan Norris while Gary Anderson will take on Benito Van de Pas. Both were out of sorts at the Worlds and looking to get back to their best. Anderson was a finalist in Milton Keynes last year and will be wanting to go one step further this time around.

Daryl Gurney will face Gerwyn Price in the stand-out match of Round One at the Unibet Masters. Both were awarded Premier League spaces following a brilliant 2017 with Gurney winning the World Grand Prix and Price finishing runner-up at the UK Open. Simon Whitlock will face an out of sorts James Wade in the opening game of Night Two in Milton Keynes. Wade had a poor 2017 and due to that missed out on a Premier League spot while his opponent had a solid 2017 and regained his Premier League position.

Champions League of Darts winner Mensur Suljovic had a career best year in 2017, claiming his first Players Championship title and his first televised title in Cardiff. ‘The Gentle’ will open his tournament against Michael Smith who edged into the Premier League.

Raymond Van Barneveld will face Dave Chisnall in the opening match of Saturday’s session. Barney found some form at the World Championship just a month ago and will be looking to match his performance in Milton Keynes, the Dutchman is due a title on the PDC circuit. ‘Chizzy’ will have to pick his game up this year and that will need to start at the Masters or the St Helen’s-based darter will start sliding down the rankings.

The Unibet Masters will begin on Friday 26 January and go until Sunday 28 January. The tournament will be shown live on ITV4 and be live from Arena MK in Milton Keynes.

Photography courtesy of Lawrence Lustig and the PDC.