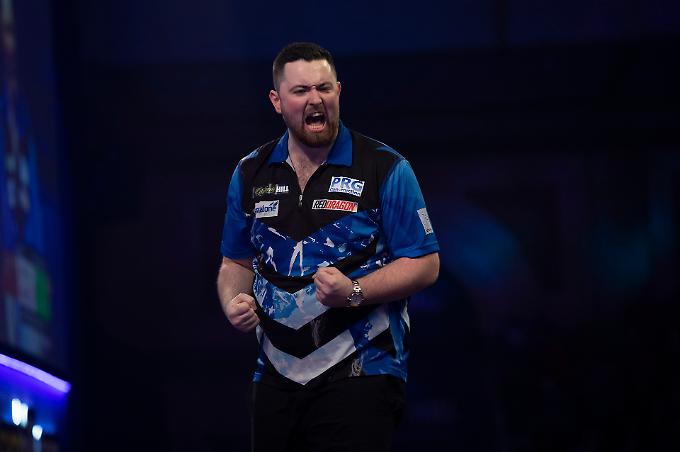 Night five of the Premier League sees the roadshow rock up in Exeter as South west darts fans gets to see some of the leading stars in action.

Peter Wright averaged 119 in victory three years ago, and will be looking for more of the same against the UK Open champion Nathan Aspinall.

Daryl Gurney is the last player to break his Premier League winning duck and will be looking to get off bottom sooner rather than later.

With just four nights left until Judgment Night in Rotterdam the Irishman has found himself rooted to the foot of the table with just the solitary point to his name.

Up against him is Rob Cross who himself has had a stop start Premier League season. It could be a bit early to call this one a relegation four pointer but should Gurney get out of the drop zone a victory tonight could be key in securing his survival.

Cross’ two defeats have both been 7-5 to Peter Wright and Gary Anderson respectively, demonstrating the tight margins in this years tournament.

Glen Durrant has been playing this Premier League with the look of a man who’s won the lottery. I suppose it would make sense considering just 12 months ago he quit his day job in housing after winning his third BDO World title.

Now amongst the best in the world by his own right, he is in the early mix to make the Premier League play-offs.

Against him is Gerwyn Price, who after three straight draws to start his season, got his first victory of the campaign against Gurney last time out.

One of the form men in the world of darts at the moment, many pundits feel Price will be in the final four at London’s O2 arena in May.

Two different style, Durrant very measured with every throw whilst Price’s electric throwing style is certainly a hit among fans.

The UK Open Champion V the World Champion has the makings of a blockbuster, even over this short format.

Aspinall begins the defence of his UK Open crown tomorrow in Minehead and will want to go into it with a victory.

Wright is currently hovering above the elimination spot, but his form in 2020 so far has seen many fans talking about him being the best player in the world.

He will need to be at the peak of his powers to get past the Asp who is enjoying his first campaign as a Premier League regular.

Aspinall is second in the table, level on point with Michael Van Gerwen, and already beating the world number 1.

The World Youth champion takes to the Premier League stage as he takes on the former two time senior World Champion Anderson.

The Flying Scotsman back in the league and has enjoyed a steady start on his return following a back injury 12 months ago.

Between his last appliance as a contender last year, Cool Hand Luke has spoken about his mental health struggles off the oche and has open the door for many within the darting community to speak about the topic.

On the oche he has made another World Championship quarter final and rising up the rankings.

But, if there’s a player who cares less about who he is playing it is Anderson.

In the congested middle part of the table, points are essential to ensure that come week nine he is looking towards the top four and not below his shoulder.

A mammoth game to finish night five as the two Michael’s clash in the South West.

The Bully Boy hit the first Premier League nine darter in three years last time out in beating Daryl Gurney in Dublin, and is hoping to continue that form against the world number 1.

MVG is at his perch on top of the table, despite defeat to Aspinall two week ago.

However, the pair met in the European Tour at the weekend, where Smith prevailed 6-3 in Belgium.