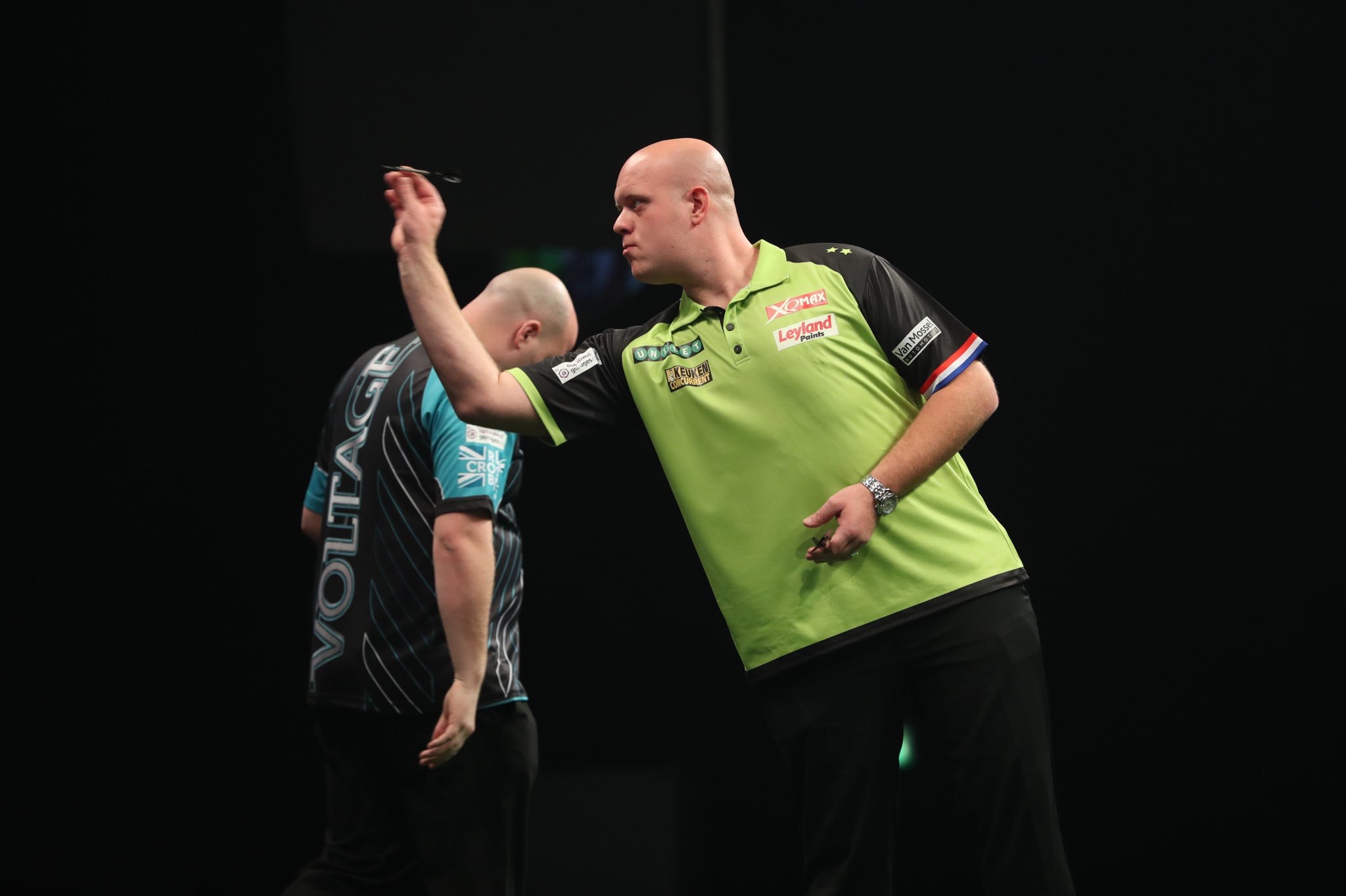 Van Gerwen took out the 114 finish trice and averaged just over 100 in an emphatic victory. Van Gerwen has won the league phase in every year he has competed in the Premier League of Darts going onto be crowned champion on three occasions.

Michael Smith came from 5-1 behind to see off good friend Gary Anderson 7-5. ‘The Flying Scotsman’ was struggling with back problems once again after being knocked out of both the World Championship and Masters due to the issue. Anderson averaged just 82 in a scrappy affair with Smith only averaging 89 despite taking the victory. Smith fired in three maximums and a 114 outshot on the way to a surprising shock.

Simon Whitlock produced undoubtably the performance of the night as he edged past Champions League winner Mensur Suljovic 7-5. The Aussie averaged over 106 in an outstanding display which included two 180s, 13 140s and a 160 checkout. Whitlock converted seven out of eight doubles ending the match with a checkout percentage of 87.5%. Suljovic produced some brilliant darts as well, averaging over 103 and checking out in 55% but Whitlock’s supremacy was too much for the Austrian.

‘The Wizard’ definitely shut up everyone who thought he didn’t deserve to be back in the Premier League after a few years away from the 16-week league phase.

Daryl Gurney made his Premier League debut after an outstanding year in 2017 winning his first Pro Tour event and lifting the World Grand Prix title at the CityWest Hotel just a few miles away from the 3Arena. Both players averaged around the 93 mark in a close affair. Gurney led 2-0 before Barney came back and Gurney missed darts to take victory in the same city he claimed his first major title.

Peter Wright suffered a major blow as he was held 6-6 with Wales No.1 and UK Open runner-up Gerwyn Price. Price made his Premier League debut after hinting to Barry Hearn he deserved the chance to play in front of thousands of darts fans around Europe.

‘Snakebite’ led 5-1, despite, using darts that clearly didn’t suit the UK Open champ but the Welshman came back to snatch a draw out of nowhere. Price hit checkouts including 96 and 116 in an exceptional comeback. Price will be set to play in front of his home crowd next Thursday, as the Premier League returns to Cardiff and the Motorpoint Arena.

The Premier League will return to Cardiff next Thursday after an exhilarating first night.