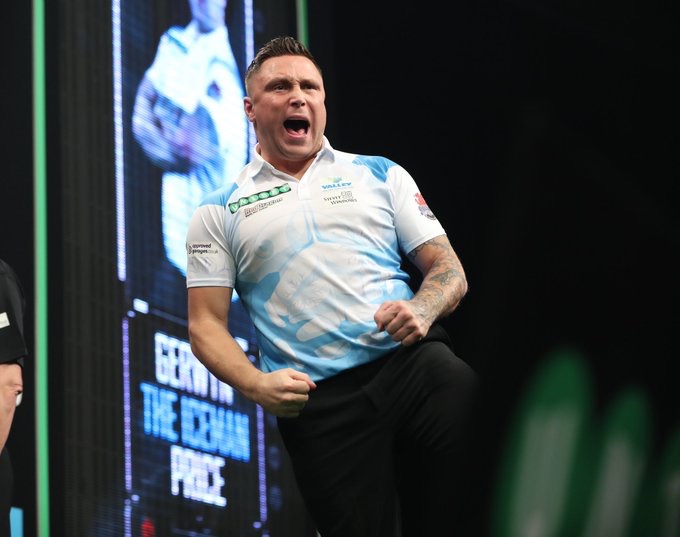 The Unibet Premier League returns to Cardiff this upcoming Thursday with ten players once again battling it out. This week we’ll see the World Champion return to the stage after an unlucky start to 2018, Michael Van Gerwen will face Peter Wright while Gerwyn Price will play in front of his home support for the very first time.

The talk of the last week or so has been Rob Cross, after winning the World Championship in early January the Hastings-based ace has struggled to settle down. Cross suffered defeat to Mesnur Suljovic in the Unibet Masters before a heavy defeat to Michael Van Gerwen in the opening week of this years Unibet Premier League. ‘Voltage’ left Wigan at the weekend with no money towards UK Open qualification after three opening round defeats to Corey Cadby, Jamie Hughes and Ryan Meikle.

This week the Premier League debutant will face Simon Whitlock, who averaged over 106 last week in a 7-5 win over Mensur Suljovic. Cross will be under a touch of pressure going into the tie but has beaten ‘The Wizard’ on three of the four times they’ve played.

Whitlock told the PDC before his tie against the World Champion, “I couldn’t have done any better last week, of course I could win it but there’s a long way to go.

“You have to get through the first stages, don’t get eliminated. My first goal is not to get eliminated and then to make the Play-Offs.”

Gerwyn Price will play in front of his home nation for the very first time as he faces Gary Anderson at the Motorpoint Arena in Cardiff. Price has played rugby in front of many decent crowds but it will be a great occasion for ‘The Iceman’ to make a PDC debut in Wales. The 2017 UK Open finalist may have a slight advantage over Anderson with him being in Wales and with ‘The Flying Scotsman’ current back problem. Anderson dropped out of the UK Open Qualifiers at the weekend due to the issue and suffered defeat to Michael Smith last week despite being 5-1 ahead of ‘Bully Boy’.

Peter Wright will be looking to put things right as he faces the man he met in last years grand final Michael Van Gerwen. Wright missed six match darts to close out a victory against ‘Mighty Mike’ but it wasn’t to be for the Scotsman. Van Gerwen is at the top of his game at the moment winning three of the four PDC tournaments so far in 2018. Van Gerwen thrashed Rob Cross last weekend in Dublin before winning UK Open Qualifier One on Friday averaging over 100 in every match before claiming the second event on the Saturday. Wright also secured his spot in Minehead at weekend but didn’t meet his very high standards. These two met in an outstanding affair last year as it ended in a 6-6 draw with both players averaging around the 100 mark.

Raymond Van Barneveld will meet Mensur Suljovic in probably the closest game of the night in Cardiff. Suljovic was beaten by a very good Simon Whitlock on week one despite averaging over 100 while Barney was forced to take a draw against a Daryl Gurney who missed match darts. The two have met four times on television before with Barney winning three of them, the most recent being at the Unibet Masters just a few weeks ago. Suljovic’s only win over Van Barneveld on tv came at the Champions League of Darts where ‘The Gentle’ went onto win the title.

The five matches will be live on Sky Sports if your not lucky enough to be attending the Motorpoint Arena. If you’re driving home from work or just don’t want to listen to the Sky Sports commentary you can now listen to the Premier League via talkSPORT. The team, including Paul Nicholson and Chris Mason, will be live throughout the evening in Cardiff.

Photography courtesy of Lawrence Lustig and the PDC