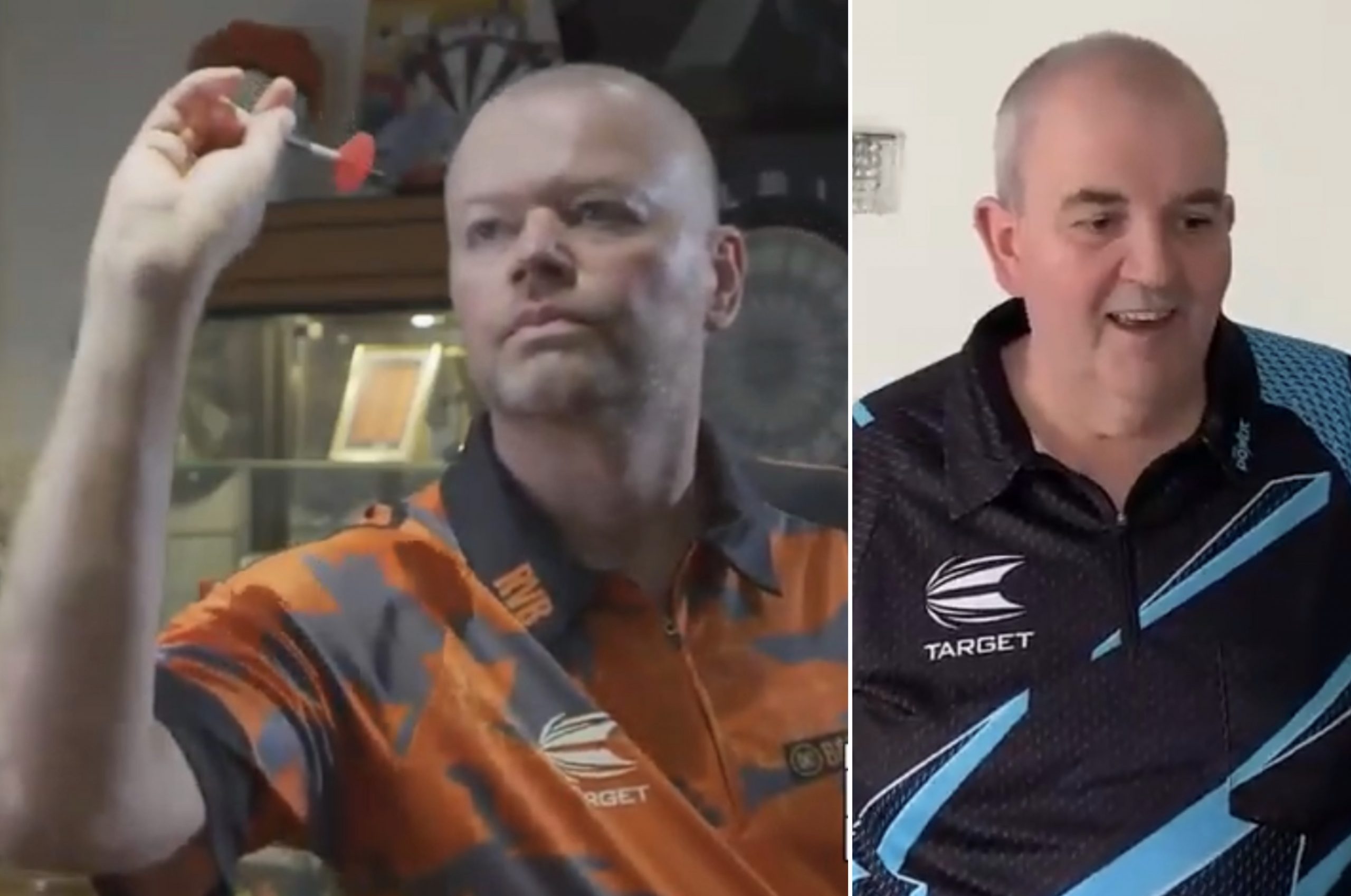 Raymond van Barneveld denied his old adversary Phil Taylor from his Dutch home as he fended off a miraculous comeback from the 16-time world champion to prevail on Thursday evening.

Van Barneveld completed the lockdown double over his arch-rival, after previously overcoming Taylor in a charity soft-tip clash in early April with an astonishing 119.27 average, despite the segments being significantly larger on the Target Nexus electronic dartboard.

In association with both their manufacturers Target Darts and bookmakers Paddy Power, a rematch occurred on Thursday evening – this time played on the more traditional steel-tip board that the pair locked horns on 83 times throughout their professional careers.

In spite of the change in dartboard, it was a similar outcome as five-time world champion van Barneveld triumphed once again, defying a late comeback from Taylor to seal an impressive victory with his multiple trophy cabinets placed in the background.

The Dutchman squandered a grand total of 22 darts on the doubles throughout the duration of the best of 21 legs affair, though, his incredible range on the treble segments proved essential in getting the better of the darting doyen.

Taylor, who retired from the sport professionally following his defeat in the World Championship final at the hands of Rob Cross two years ago, punished missed doubles from van Barneveld in the opening leg to hold his throw.

Holds of throw then became a persistent feature throughout the early stages of the encounter as the Dutchman pinned double nine to level up proceedings at three apiece with all six legs going with the darts.

Van Barneveld was in a prominent figure in the early stages of the inception of the Modus Icons of Darts Live League, and stole the darts in the seventh leg with a 13-darter – which sparked an onslaught.

Despite commencing the subsequent leg with two treble-less visits, the 53-year-old from The Hague constructed a two-leg advantage on double three, before pinning maximums in both of the following legs to lead 7-3 at the interval.

Following a short break in proceedings, Taylor missed a dart at double 15 to end the drought and ‘Barney’ punished utilising the right hand corner of the dartboard, making it a remarkable five consecutive legs for the Dutchman.

Taylor then landed the lesser-used double 17 to pull a leg back, while commentators Wayne Mardle and Stuart Pyke were left tickled by both players attempting to add up their totals with no referee in position.

A fantastic 102 checkout then moved the 16-time champion of the world within three legs adrift of his Dutch nemesis, before van Barneveld extended his advantage once again with his fourth maximum and a 14-darter.

Taylor then reeled off three legs in succession to move on the brink of levelling up the scores at nine apiece, only for van Barneveld to register his sixth maximum and find double 16 for a timely 13-darter to bring to an end the Stoke-on-Trent thrower’s late rally and move on the cusp of victory.

Despite proceeding to commence the 18th leg with back-to-back treble-less scores, Taylor was unable to execute the champagne shot, leaving van Barneveld an opportunity at 120 – which he jumped all over to triumph in an entertainment showdown.

Van Barneveld, who retired in January following a disappointing first round departure at the World Championship, recorded a 94 average and provided the thumbs up approval following his success.

Wayne Warren: Becoming world champion has been a nightmare, not a dream