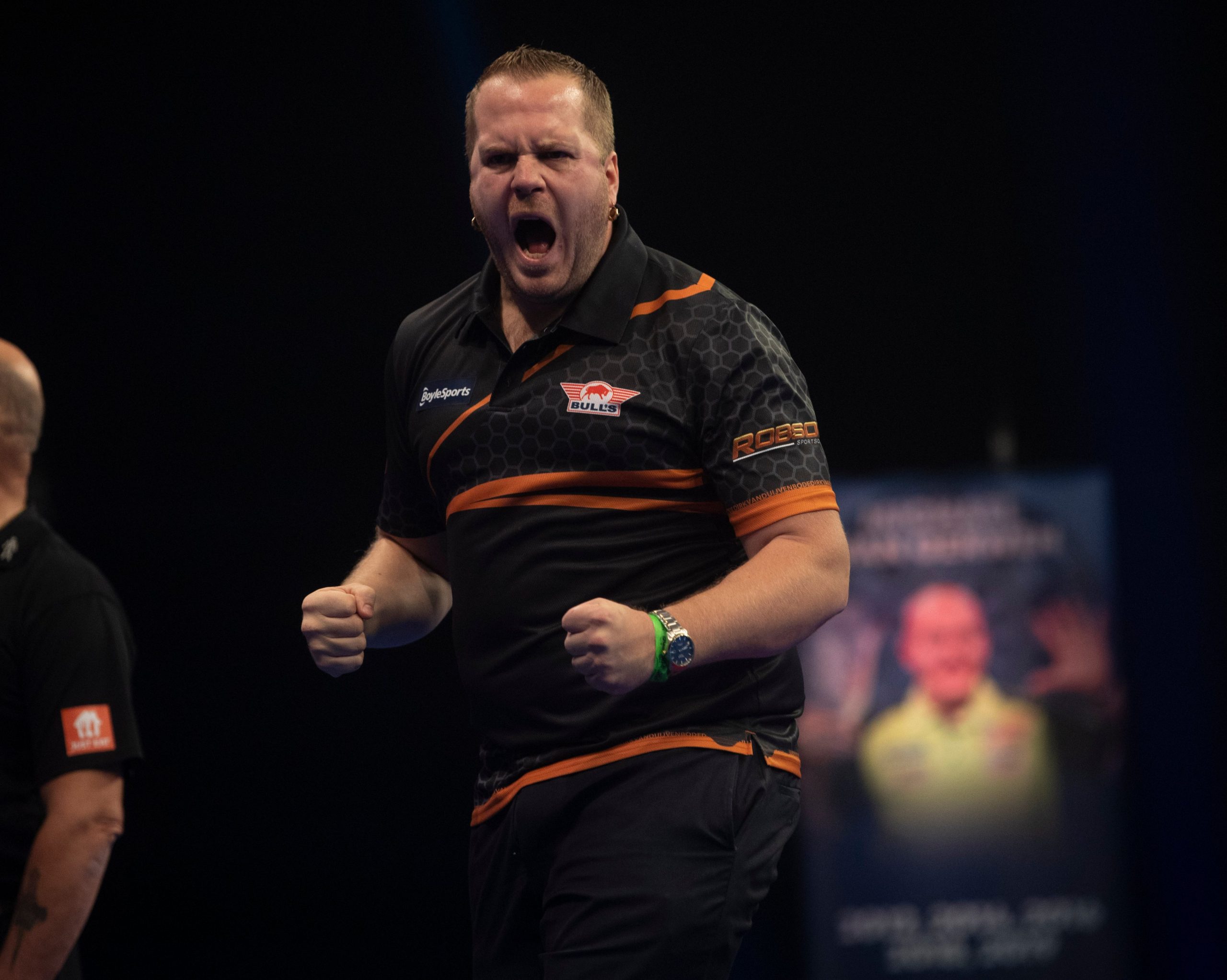 Van Duijvenbode, who had originally planned to fly back to the Netherlands on Wednesday morning, ousted reigning World Matchplay champion Dimitri Van den Bergh to reach his maiden televised quarter-final.

The opening two sets went to the distance, with the Dutchman capitalising on multiple missed darts at double from Van den Bergh to construct a two-set advantage.

Van den Bergh would subsequently get off the mark as the third set also went to a deciding leg, pinning a 15-darter on double nine to halve the deficit.

Despite the Belgian landing his third maximum and a 12-dart leg to lead 1-0 in the final set, Van Duijvenbode would come through another five-leg set with a 13-darter in the decider to seal the deal.

In a match which was preceded by bullish words from both, Petersen spurned multiple darts at double in the bottom left hand corner of the board to hand the Dutchman an early 1-0 advantage.

Doubles in the finishing side of proceedings would continue to hamper the South African as he similarly squandered chances to win the second set, handing Van Gerwen further opportunities.

After converting a mesmerising 146 checkout with his opponent sat on a two-dart combination checkout, Van Gerwen would wrap up a comprehensive victory with a 3-1 triumph in the third and final set.

Petersen found the double bed at the start of a leg with regularity and fired home a remarkable eight maximums, but his 20 percent checkout efficiency proved the difference between him and the world number one. 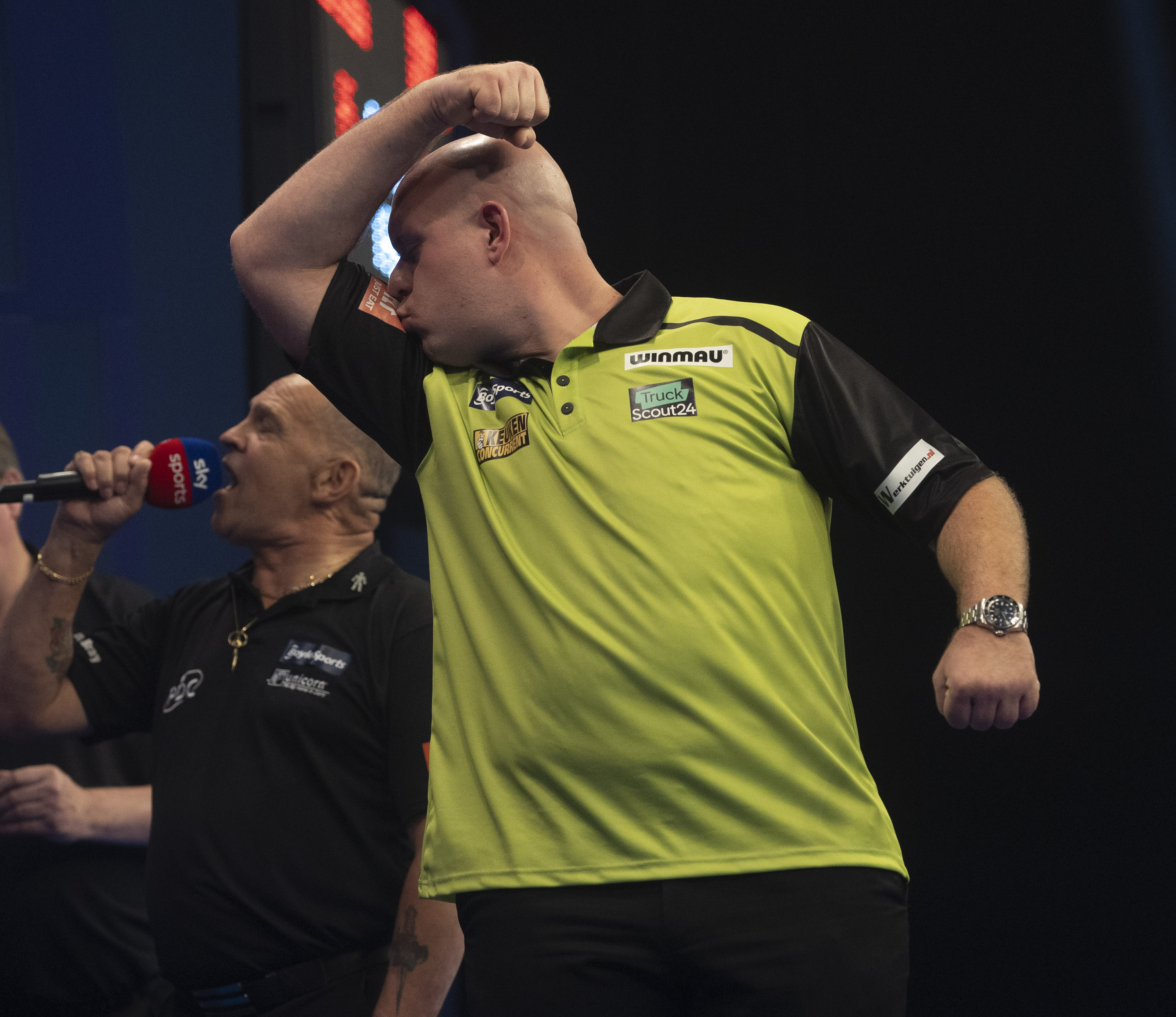 Gary Anderson also eased through with a straights sets victory over Dutchman Danny Noppert, averaging just spare of 93 in an impressive performance.

Noppert struggled in the early exchanges, especially in the double-start department, squandering eight darts to allow Anderson to claim a comfortable opening set.

The Dutchman would then fight back from 2-0 down in the subsequent set, only to miss two darts on the outer ring to level up proceedings at one apiece.

Anderson would snatch the ascendancy, before coming through another decider in the third set to prevail and reach the quarter-finals for the sixth time.

Simon Whitlock, a late replacement for Adrian Lewis who tested positive for Covid-19 before the tournament, continued to utilise his opportunity to perfection as he reached the last eight.

Whitlock’s closely contested encounter with Mervyn King went to the distance as all possible legs were needed. The 51-year-old proved a narrow victor, with both players averaging roughly 85 throughout.

In a tussle which will be remembered for Whitlock killing a fly which was perched on the dartboard, King led throughout until the final moments when the Australian stole progression from his fellow former finalist’s clutches.

The World Grand Prix continues on Friday evening as the second round comes to a close behind closed doors at the Ricoh Arena in Coventry.