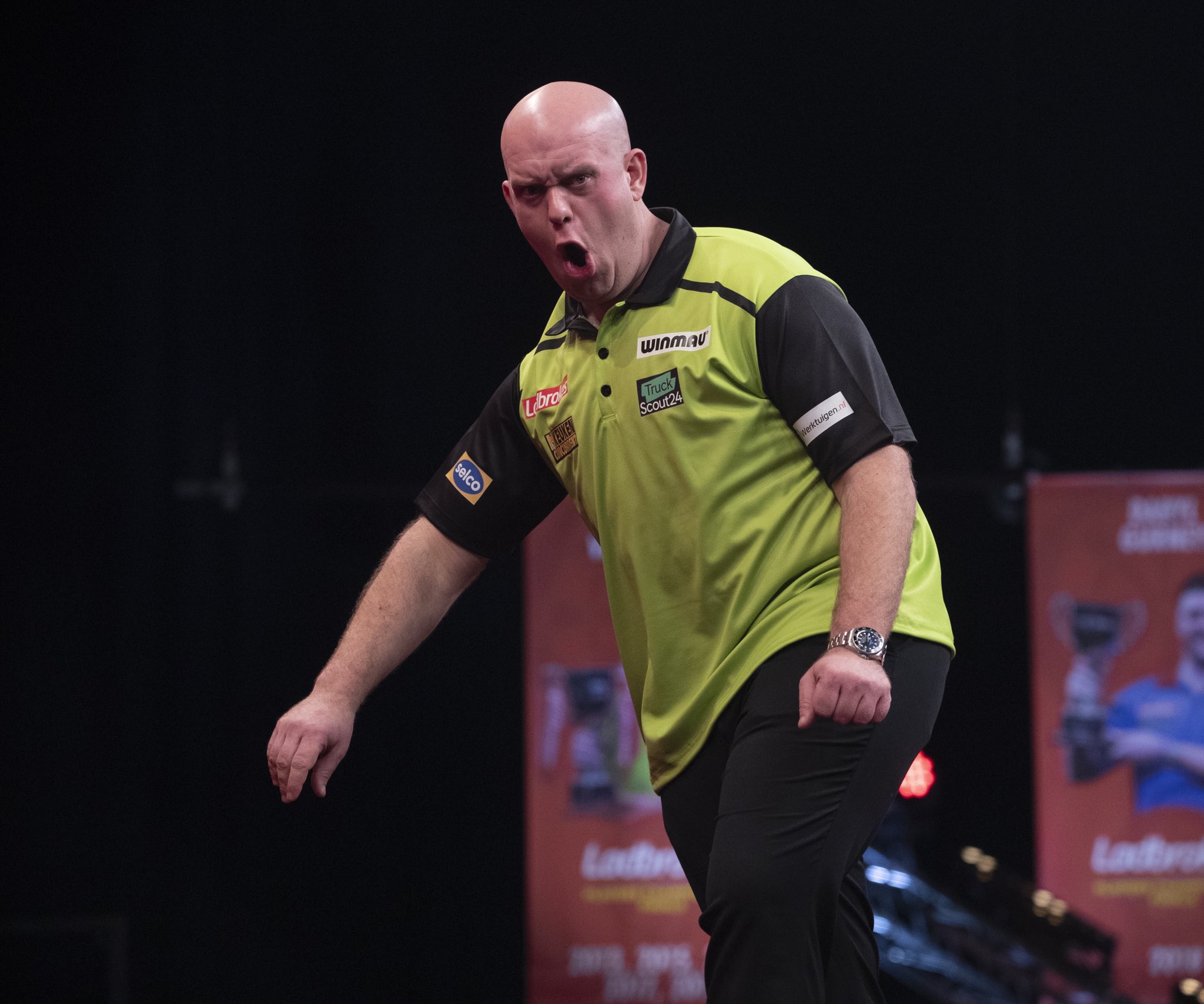 Gerwyn Price and Michael van Gerwen will renew their rivalry in the Players Championship Finals semi-finals after fending off tricky opposition on Sunday afternoon.

In a repeat of last year’s fantastic final between the two multiple-time major champions, world number three Price and world number one Van Gerwen will go head-to-head once again.

Van Gerwen recorded an average over the 110 mark and three ton-plus checkouts to move into his first televised semi-final since his UK Open triumph back in March.

The Dutchman spurned handfuls of darts at double in the early exchanges, handing Van Duijvenbode a 3-1 advantage, but five on the bounce from Van Gerwen gave him the ascendancy.

Van Duijvenbode claimed two of the next three with combination outshots of 68 and 116, only for Van Gerwen to dash to the finish line and completed a convincing 10-5 victory.

Meanwhile, Price came through a deciding leg thriller against International Darts Open champion Joe Cullen, battling back from 4-1 adrift after a mediocre start to the encounter.

Numerous squandered darts at double allowed Cullen to a create a three-leg advantage, but the Welshman eventually found his range on the outer ring to restore parity at four apiece.

Staggeringly, ten consecutive holds of throw followed as a deciding leg beckoned, before Price fired home a crucial seventh maximum prior to pinning his favourite double tops to prevail.

Elsewhere, Mervyn King staged a remarkable comeback from 7-2 down against Australian ace Damon Heta to reach his first televised semi-final in over six years.

King had endured a run of five consecutive quarter-final defeats since reaching the last four of the 2014 Grand Slam of Darts, but he brought that unwanted run to an end on Sunday afternoon.

A number of squandered attempts on the doubles allowed reigning Brisbane Darts Masters champion Heta to take full control of the contest, converting impressive finishes of 108 and 116 to construct a five-leg advantage.

King found a purple patch in form to reel off four legs in succession, pinning a quartet of combination checkouts to move within one leg of the Australian at 7-6.

Heta subsequently stopped the rot with a 15-darter, though, further fantastic finishing from the former finalist allowed him to claim the next four and advance to the semi-finals.

Smith’s elongated wait for a major accolade goes on despite the five-time major finalist recording an average in excess of the 102 mark and agonisingly wiring double 12 for a nine-dart finish.

Wright raced into a 4-1 advantage, with Smith’s only winning leg coming courtesy of a magnificent 136 checkout on his lesser used double eight.

Nevertheless, ‘Bully Boy’ returned from the opening interval firing on all cylinders, reeling off five legs in succession and checkouts of 94, 105 and 114 to turn the tables as the latter stages approached.

Wright recovered from 6-4 behind, however, as the world number two managed to register six consecutive legs of his own and five maximums to reach the semi-finals for a second time.

The Players Championship Finals reaches its conclusion on Sunday evening at Coventry’s Ricoh Arena as the semi-finals and final are contested.