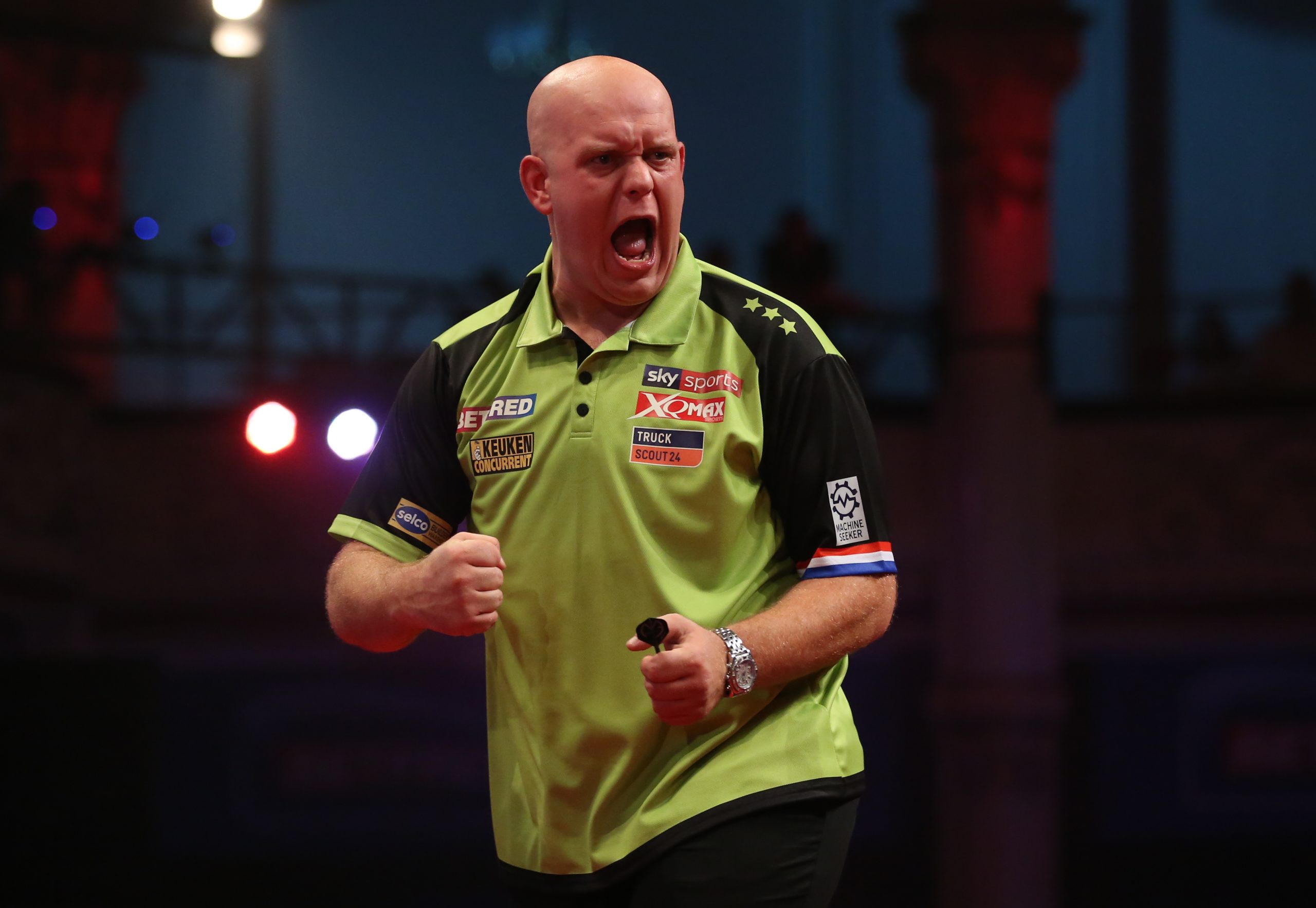 Michael van Gerwen has expressed his intentions to remain at the pinnacle of the sport for an additional ten years, before making his return next month.

Prior to the professional season being brought to the ground at the hands of the coronavirus pandemic, van Gerwen reinstated himself as the one to beat following a successful UK Open campaign in Minehead.

The world number one overcame rival Gerwyn Price to claim the spoils, recording averages well in excess of the 100 mark in four of his four matches and showcasing a series of scintillating displays throughout the tournament.

Since then, we’ve seen very little of van Gerwen as he opted to disregard the PDC Home Tour in favour of frequent practice sessions with good friend and fellow professional Vincent van der Voort.

“Of course I want to play darts but I didn’t really fancy it. That is my own opinion and everyone thinks differently about it. Other people like to do it, but I don’t,” van Gerwen told Sky Sports’ The Darts Show podcast.

“I practice a lot with Vincent van der Voort – who is a very good friend of mine. We had a lot of battles and I think for myself that’s better preparation than the Home Tour, so that is why I chose not to play the Home Tour. It’s for myself and not anybody else.

“Practice has been going good, really good to be fair. Lots of people competed in the Home Tour so you know if they’re playing well or not so well, but nobody knows anything about me, but I can tell you now, nothing has changed, trust me.”

Van Gerwen could make his awaited return to competitive action in little more than four weeks time as the PDC Summer Series takes place at the Marshall Arena in Milton Keynes, if UK Government-sanctioned regulations towards overseas visitors are amended.

The three-time world champion has also revealed that he intends to dominate his chosen trade for another decade, and that the prolonged break has reinstalled the hunger to increase his honours tally.

“Of course I’m going to come back with a bang,” he added. “What I noticed is that I really missed playing on the highest level and that was a good sign to myself, ‘hey, I’m still hungry to win more titles.’ It was a good wake up call, I still want to be the best for another five, six, seven, eight, nine, ten years.”

Following his potential return in Milton Keynes, attentions will turn to the prestigious World Matchplay for van Gerwen – a tournament he has failed to reign victorious in for four years.

“At this stage nobody knows if you are going to play with a crowd or without a crowd,” van Gerwen said. “If I had to gamble I would say it will be without a crowd.

“This is bigger than darts. This is about what is going to happen for the rest of the world. I am just a person in this scenario.

“I can be a really good darts player but sometimes there are more important things in life and you just need to listen to what people tell you to do.

“If I can travel, I will be there. I didn’t perform well in the last two years at the World Matchplay. I have got nothing to defend at all so I think I might be hungry for that title.”