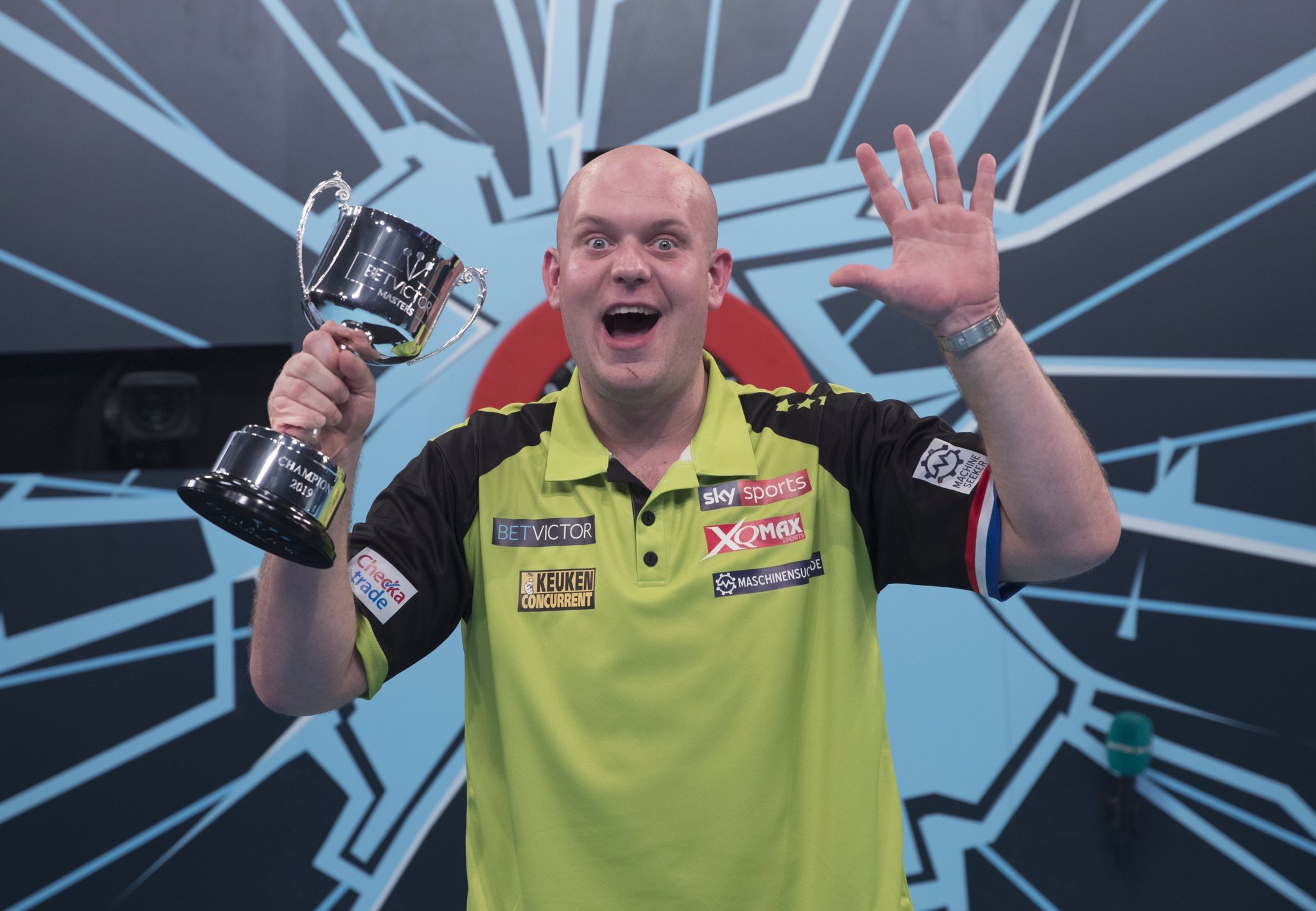 Michael van Gerwen lifted the Betvictor Masters for a fifth consecutive year after denying James Wade on Sunday evening at the Marshall Arena in Milton Keynes.

Van Gerwen – who picked up 20 titles across the duration of 2018 as well as the coveted World Championship – got his new campaign off to a flyer as he clinched the £60,000 title, after hitting two 170 checkouts and threatening the nine-darter on finals day at the Marshall Arena, which is located within touching distance of the home of football team MK Dons.

After seeing off Jonny Clayton in emphatic style prior to finals day, van Gerwen booked his place in the last four with a 10-5 victory over Mensur Suljovic – who averaged a mere 106.12 in thrashing Simon Whitlock 10-1 on Friday evening – before the world number one ended Dave Chisnall’s hopes of a first major title with an 11-7 win over the St Helens man in the semi-finals.

Van Gerwen denied James Wade a third major in less than six months as he thrashed ‘The Machine’ 11-5 in a one-sided final. The first six legs were shared equally, but four legs on the spin – including a 170 and a 124 checkout – for 29-year-old, van Gerwen, gave him full control of the match.

Wade pulled two legs back with an 11-darter and a 17-darter but, van Gerwen eventually plugged away and sealed the victory, hitting double eight to extend his Masters unbeaten run to a ground-breaking 20 matches.

Despite enduring defeat in the final, it’s another major final for James Wade to go alongside he victories in both Vienna and Dortmund last year. ‘The Machine’ enjoyed wins over Gerwyn Price, Joe Cullen and Peter Wright en route to picking up £25,000 in Milton Keynes.

Following van Gerwen’s dominance at the Masters, our attention now turns to the Unibet Premier League – where 16 weeks of Thursday night darts commences in Newcastle.