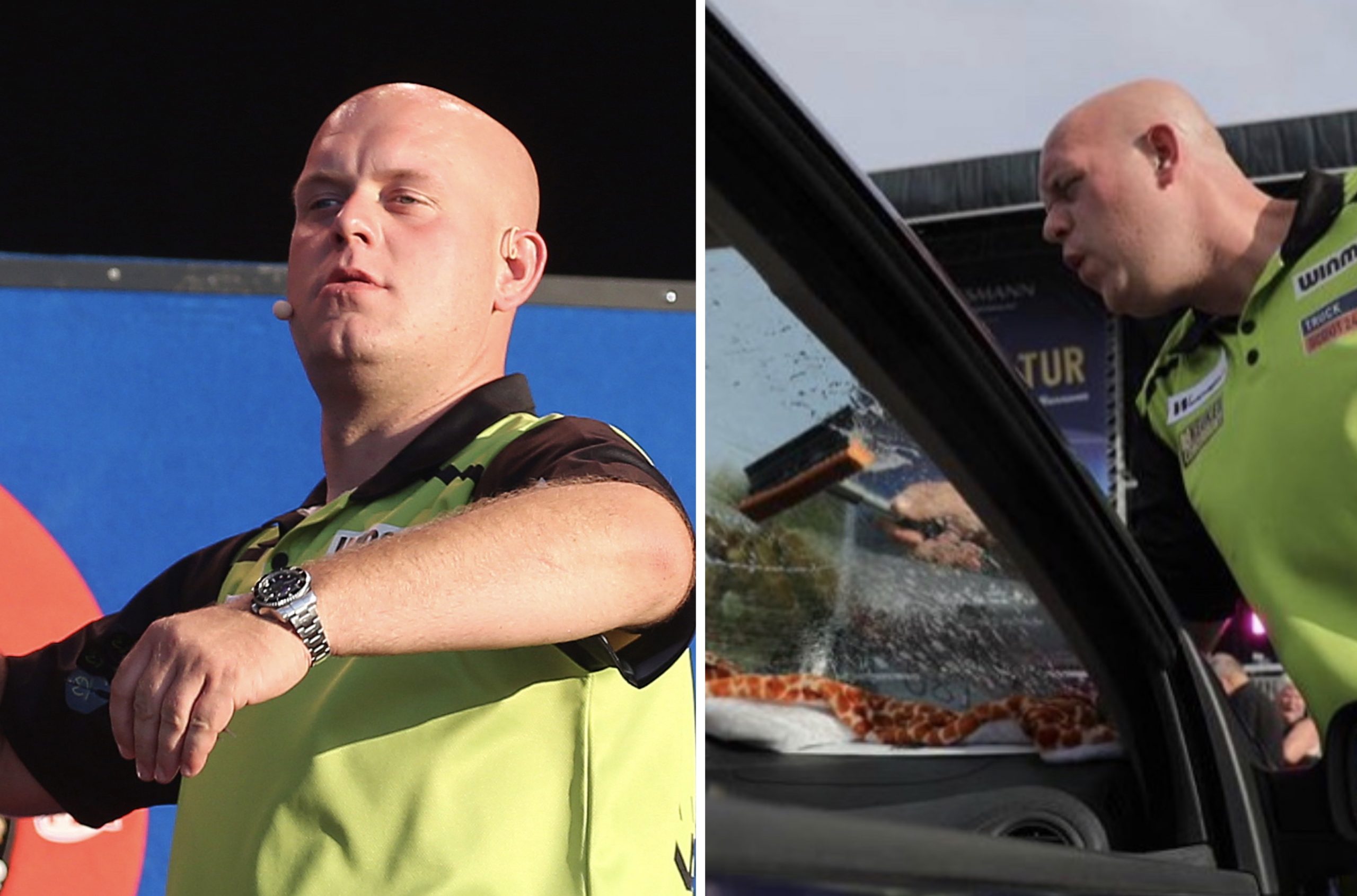 Michael van Gerwen returned to the oche for the first time since March during the innovative Drive-In Darts Gala exhibition, held at the Schutzenplatz in Hannover, Germany.

Van Gerwen endured defeats at the hands of Nathan Aspinall and fellow countryman Maik Kuivenhoven prior to the professional season being suspended at the hands of the coronavirus pandemic.

Roughly 300 vehicles were present at the venue, located within touching distance of the stadium which hosts Hannover’s second tier football team, with horns being honked and songs being sung from the cars of spectators.

Van Gerwen and five-time world champion Raymond van Barneveld were handed the chore of scrubbing the windscreens of those who invested in the VIP option, with the world number one proceeding to soak his compatriot with water.

Players drove through the ranks utilising a golf buggy prior to proceedings getting underway, before exhibition matches featuring two of Germany’s handball sensations took place.

Following the additional aspects of the drive-in extravaganza, the four seasoned professional locked horns, with German number one Max Hopp and van Gerwen contesting the final.

After thrashing the Belgian youngster 5-1, van Gerwen repeated the same scoreline in the final as he comfortably saw off former German Darts Open winner Hopp.

“It is good to be on the stage again,” the recent UK Open champion said following his triumph. “It is new for everyone, but you have to make the best of the situation.”

Spectators were able to tune into a special commentary feature whilst taking in the action from their vehicles with an erected big screen being situated near to the stage.

Similar to the recent German Super League, a stop-go official was also in place in order to indicate when the competitors can toe the oche, while belt barriers separated the referee from the players on stage.