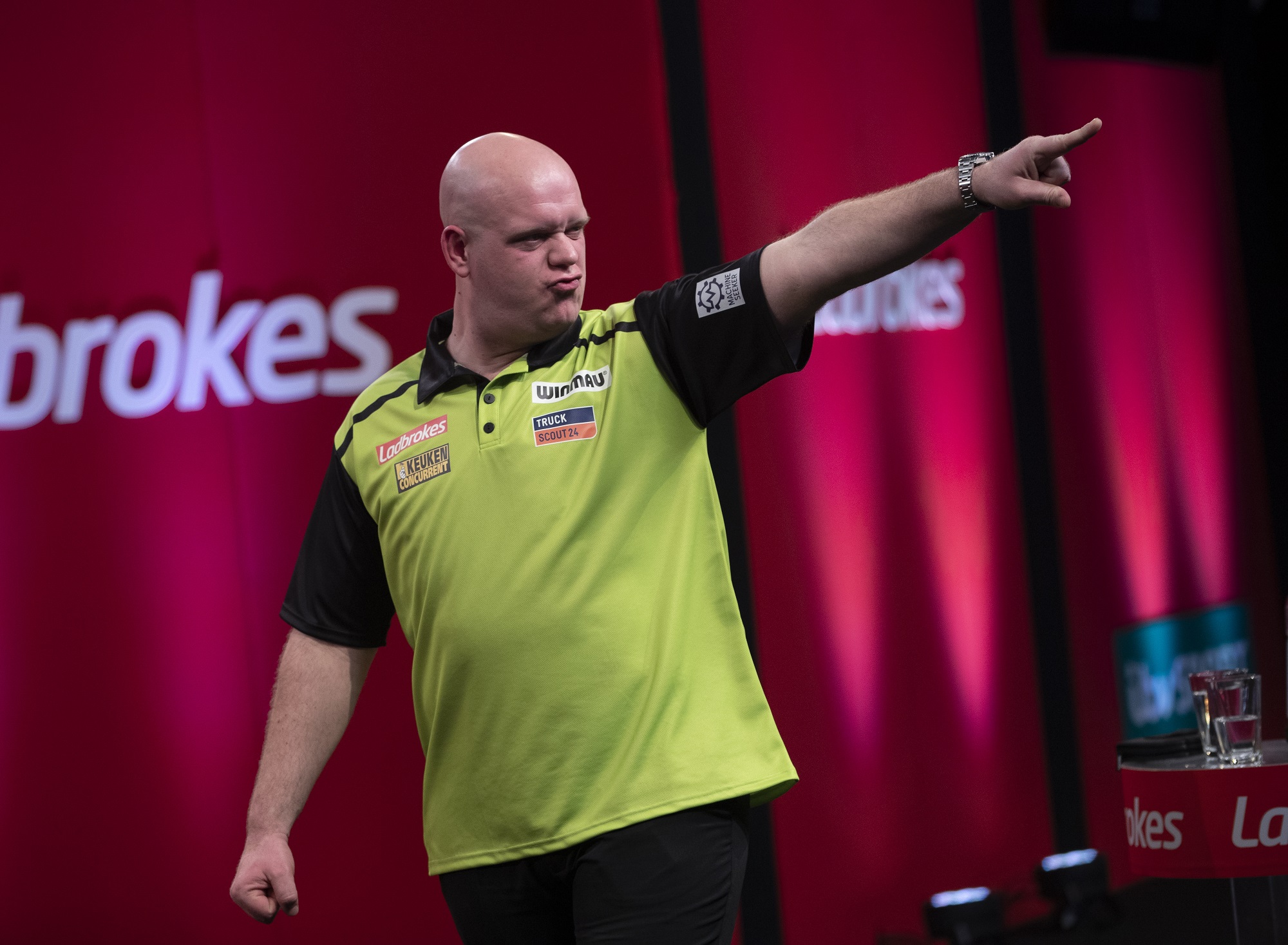 Michael van Gerwen says he proved that he remains the best after the lifting his third Ladbrokes UK Open title at Butlin’s Minehead Resort.

Van Gerwen completed the nine-darter just an hour-and-a-half prior to lifting the prestigious trophy, battling back from 5-1 down against Gerwyn Price in a thrilling final.

Lowe, who became a first-time PDC tour card holder earlier this year at the age of 47, almost pulled off a sensational comeback from 5-0 behind, only to squander an 86 checkout for the match.

Van Gerwen ended his three-month long title drought, with his last title fittingly coming at the very same venue – where he lifted the Players Championship Finals with a win over Price.

“It’s an incredible win and it means a lot to me to win this tournament,” an elated van Gerwen told ITV Sport following the final. “I’ve had a phenomenal tournament and the pressure was on me.

“It was a hard day for me, I had to play three Premier League players and it was not easy, but I played really good darts and didn’t do a lot wrong.

“The nine-darter was fantastic but with the way I was playing it was just a matter of time. That’s just one leg through and I had to keep focus.

“Gerwyn had his chances in the final but I took good advantage and I never missed a chance. That was important, so I only can be happy with this.

“This was a really important win for me,” he added. “It’s nothing to do with my darts and everyone knows that.

“If I play my game, no one will beat me and I showed that today, but I need to do that more regularly. I can say whatever I want, but you have to show it on the dartboard.

“In this tournament, I showed I was the best. My strength is keeping players under pressure leg after leg, and I did that today.

“Of course you put extra pressure on yourself. I played four Premier League players in the tournament, and I didn’t have the most easy draw, but to do this well and win this title means a lot to me.”