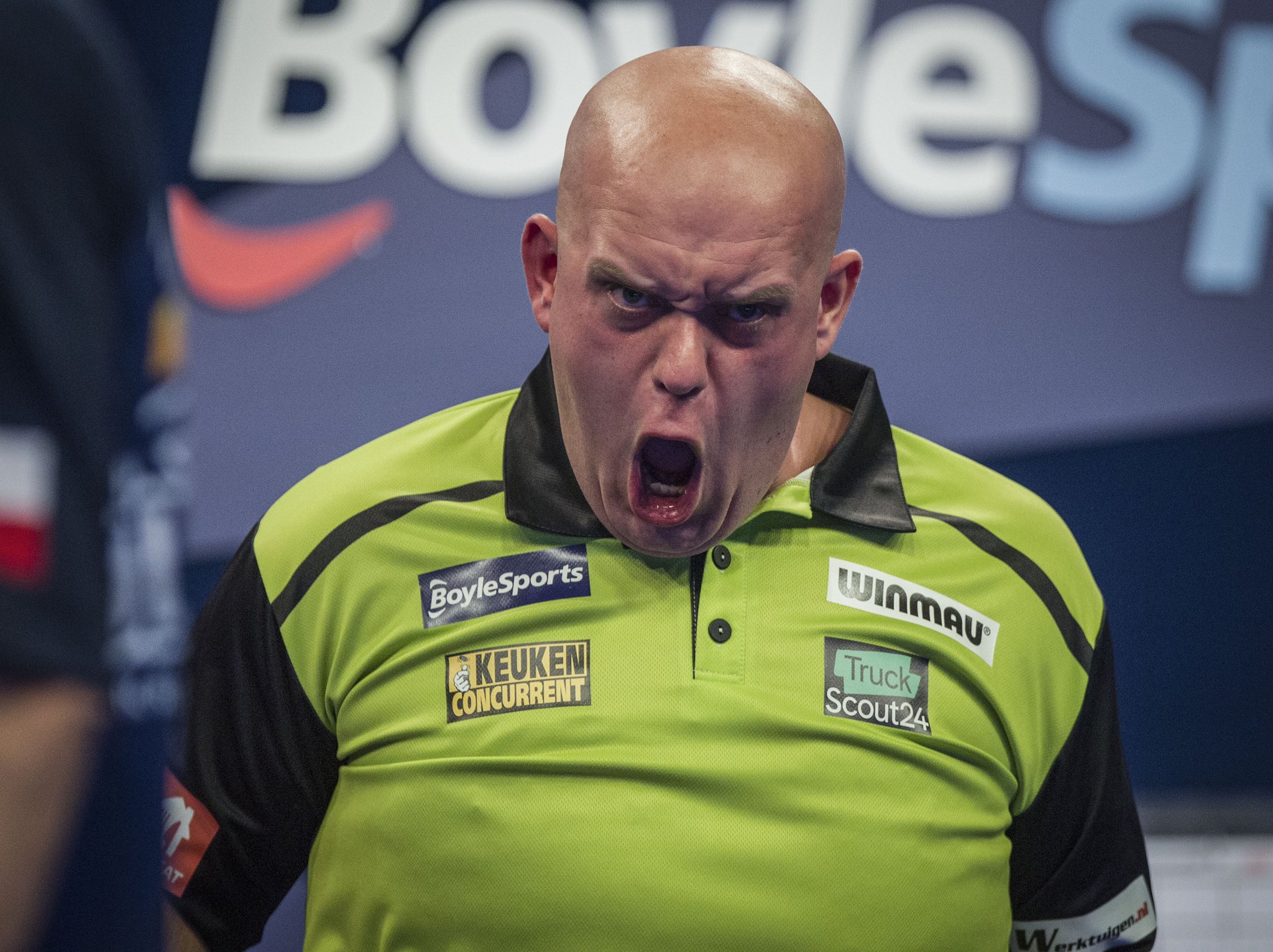 Michael van Gerwen survived a scare as he began the defence of his World Grand Prix crown on Tuesday evening at the Ricoh Arena in Coventry.

Van Gerwen, who defeated Dave Chisnall to lift the unique double-start tournament for a fifth time 12 months ago, was the stand-out performer on the opening night by a considerable distance as he edged past Krzysztof Ratajski.

Despite the world number one claiming the opening set in irresistible fashion without the loss of a single leg, a resilient Ratajski battled back and forced a deciding set.

‘The Polish Eagle’ would pounce on multiple missed attempts at double from Van Gerwen to lead for the first time, before squandering a handful of darts on the outer ring himself to double his set three advantage.

The Dutchman proceeded to convert a table-turning 103 checkout, prior to landing a 12-darter with an 82 checkout to move on the brink of the second round.

Ratajski hung in there and claimed the subsequent leg to level up proceedings at two apiece in the deciding set, but the Pole failed to get off the mark quick enough in leg five.

Van Gerwen once again landed double tops first dart in hand, and from there, Ratajski’s hopes were pulled away by the three-time world champion – who averaged 98.64.

Elsewhere, Gary Anderson came through a battle between two former world champions as he comfortably saw off a mediocre Rob Cross to the loss of a mere three legs.

The Scotsman fired home a mesmerising 103 checkout to claim the opening set of the clash, before surviving darts at double in every leg of the second to progress.

Both players held and broke throw in the opening four legs of a mouth-watering affair, but a scintillating 11-darter from Van den Bergh gave him the ascendancy.

The second set would also go to the distance, with the Belgian ace this time converting an exceptional 132 checkout on the bullseye to seal another impressive scalp.

Neither the flamboyant Dutchman nor the Austrian produced a standard anywhere near their usual heights, with both averaging slightly in excess of the 70 mark. 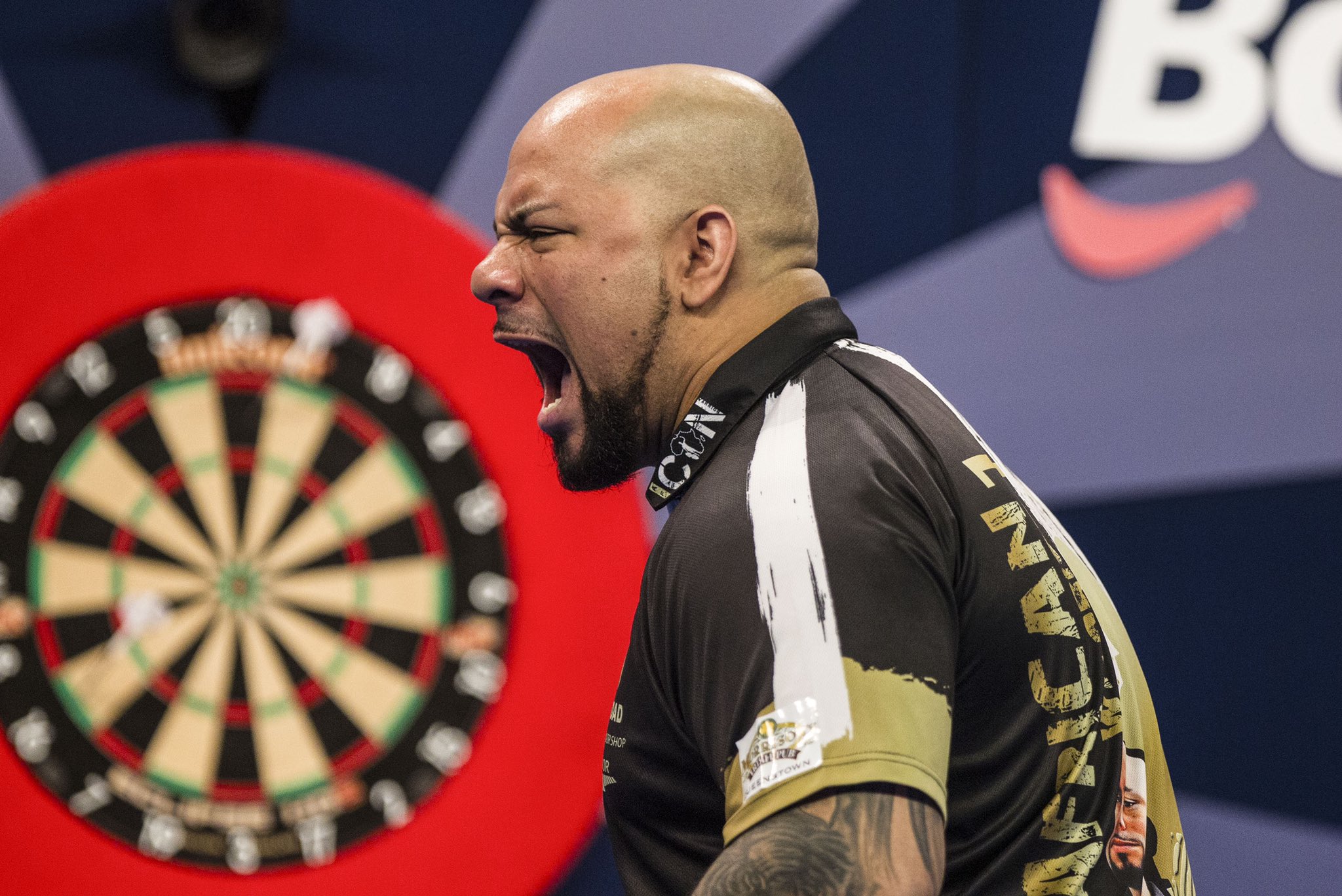 It was a dream double-start debut for Petersen (Photography: Taylor Lanning/Darts World)

The South African came through a tremendous contest between two dangerous debutants, with his reward being a second hurdle tussle against world number one Van Gerwen.

Searle raced out of the gates, whitewashing the Dutchman in the opening set, but Noppert claimed two in succession to prevail and face Anderson in the second round.

Adrian Lewis and Stephen Bunting were forced to exit the Ricoh Arena ‘bubble’ before the tournament began after unfortunately receiving positive Covid-19 tests.