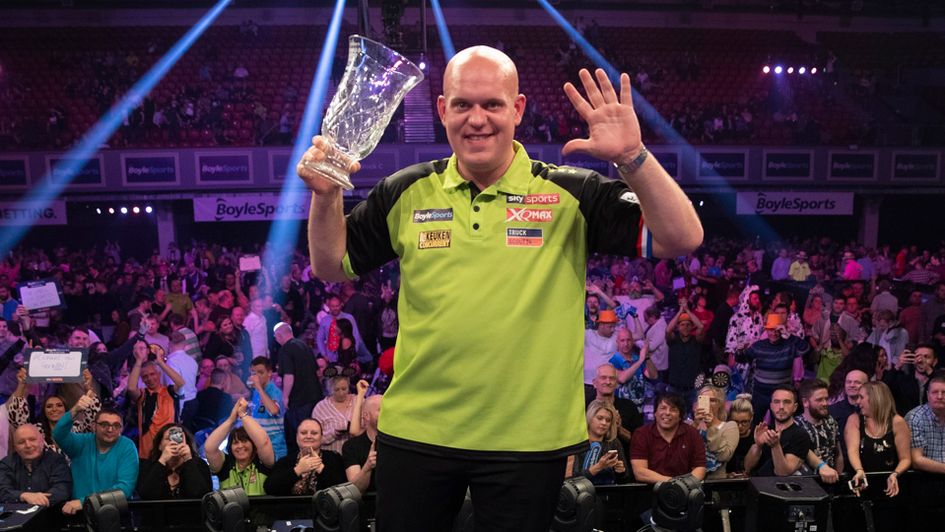 The draw for next week’s World Grand Prix has been made ahead of the tournament’s debut in Coventry, and it has thrown up some fascinating clashes.

With only the top eight seeded, there is always the possibility of plenty of tough draws and this year is no different at the double-start event.

The other first-round match including two top-16 players is between Michael Smith and Dimitri Van den Bergh.

Adrian Lewis snuck into the field, and he has been drawn against Chris Dobey, with James Wade and Mervyn King also in that section after enjoying deep runs in Hildesheim at the weekend.

Former quarter-finalist Kim Huybrechts was the final qualifier from the ProTour list. ‘The Hurricane’ will play Brendan Dolan in Coventry.

Out of the other debutants, Dirk van Duijvenbode has a tough assignment against Grand Prix specialist Mensur Suljović and Ryan Searle takes on the in-form Danny Noppert.