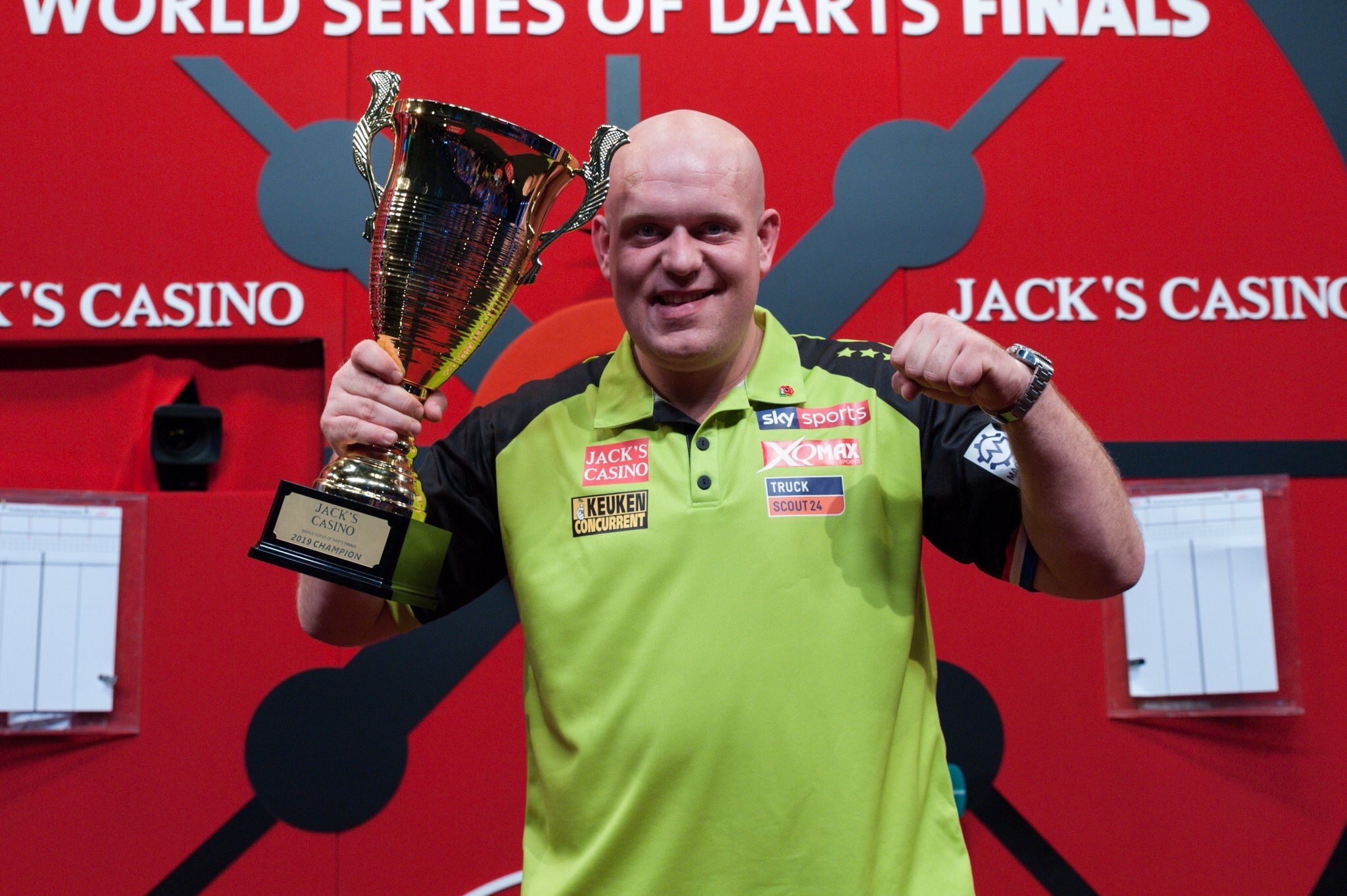 Noppert missed darts at double through the match which lead the way for Van Gerwen to take full control of the final before strolling towards the finishing line.

The final was the first Noppert has made in a PDC TV event.

Noppie came out the traps flying, hitting a maximum with his first visit to the oche before taking the first leg.

Van Gerwen won the next two legs to take a 2-1 lead before his opponent missed three darts to level the game before the World number one doubled his advantage.

MVG reeled off leg after leg before Noppert missed a dart at tops in leg seven for  a 160 checkout to make it 5-2. As the game panned out a miss for the former BDO World finalist would be met with a hit by the reigning PDC World Champion to make it 6-1.

Further missed darts at double 10 and double 5 for Noppie saw him then go 8-1 in front.

Mighty Mike hit seven perfect darts in leg 11 of the game but left himself on the madhouse leaving Noppert with the rare chance to capitalise to make it 9-2.

But, Van Gerwen would reel off the last two legs of the match to get the win 11-2 and lift his 50th PDC singles TV title.

In the semi finals, Van Gerwen averaged 122 in the last five legs to breeze past Mensur Suljovic 11-4.

The first session nipped and tucked, with the Dutchman taking the final leg to lead 3-2.

MVG then raced into a 7-3 lead to take full command of the match. Suljovic had four darts to make it 6-4 which he missed before finding himself four legs adrift.

And there was no stopping Mighty Mike from making the final as he reeled off four of the last five legs with  blistering effect to book his place in a fourth final in five runnings of the event.

The game ebbed and flowed throughout with neither player gaining a two lead before Noppert went in at the second break 6-4 infront.

Chizzy won the next three legs to then take a 7-6 lead, but Noppie fought back to make it 8-8.

The former BDO World finalist retook the lead with a bull checkout with back to back 12 dart legs.

Chisnall came back from 10-8 down to make it 10-10 despite whistles from the dutch crowd.

The eight time TV finalist had two darts at double 18 to win the match which he couldn’t take before Noppert hit 102 out to seal the deal much to the delight of the Amsterdam crowd.

Suljovic was the first man to book his place in the semi-finals after beating Kryztof Ratajski 10-9. The Austrian was sat on 46 for the match before the Polish Eagle hit a 161 checkout to take it to a decider. However, the Gentle held his nerve to reach the final four.

Van Gerwen came through a tough examination against Johnny Clayton before winning out 10-6. Clayton started well and missed darts for a 5-3 lead, a miss which saw MVG capitalise and saw off the game from there.

Danny Noppert beat Ian White in a last leg shootout after getting over the line at the 13th attempt. Leading 8-3, Noppie looked in control before missing match darts and letting ‘Diamond’ back into the game. However, at 9-9 Noppert kicked on to continue White’s dismal run in TV quarter finals, losing his last nine in PDC events.

Chisnall ended Raymond van Barneveld’s chances of a dream farewell to competitive action in his homeland following a 10-8 victory. Barneveld lead for most of the match, before Chisnall created a spurt late on to turn a 7-5 deficit around to end Dutch hopes of a fairytale ending for van Barneveld.