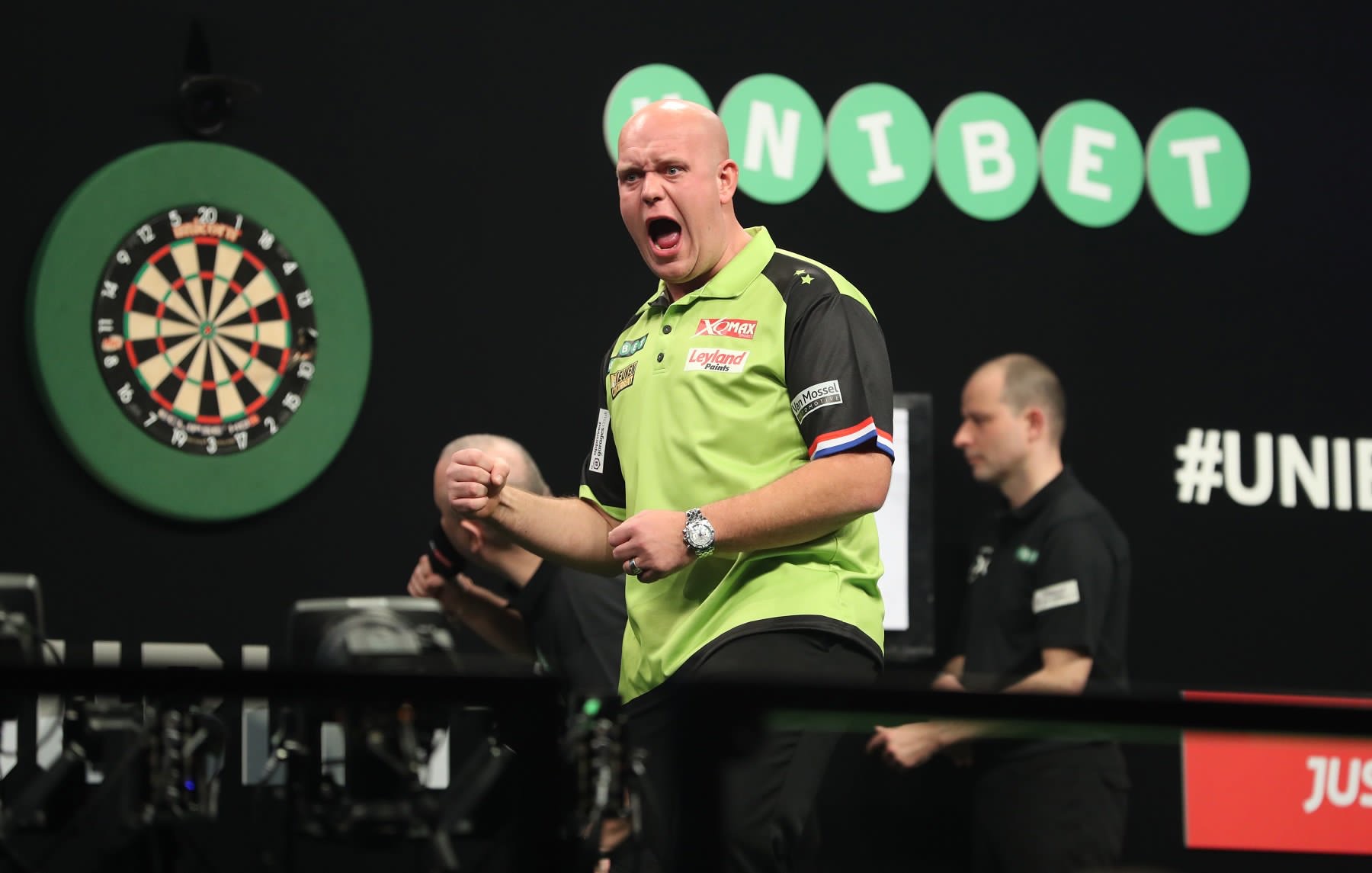 Michael Van Gerwen continued his outstanding start to 2018 with a victory at Robin Park Leisure Centre in Wigan where darting history was made.

Michael Van Gerwen was crowned Masters champion just under a week ago in Milton Keynes before thrashing Cross 7-2 in the opening night of the Premier League and now the World No.1 has secured his place at Butlins, Minehead with victory in the opening qualifying event.

‘Mighty Mike’ received byes in the opening two rounds before beginning his day averaging 105 as he saw off Ian Moss 6-3, hitting six maximums along the way. An impeccable performance followed as the ‘Green Machine’ acted mechanical averaging over 109 in a 6-1 thrashing of William O’Connor before beating Robert Thornton by the same scoreline.

Wins over Simon Stevenson and World Grand Prix winner Daryl Gurney put Van Gerwen into the semi-final where he would face a troublesome Adrian Lewis. Van Gerwen once again produced Darts out of this world, averaging 108 in a 6-3 victory.

Michael Van Gerwen rounded off a superb day of darts with a 170 checkout to beat Michael Smith 6-3 in the final. Smith had the higher average in a high-scoring final with 107.70 while Van Gerwen averaged just 105.50. The match lasted just 12 minutes with just 221 darts being thrown.

It was no doubt a brilliant day for Michael Smith who reached his second Pro Tour final in a year after winning the Gibraltar Darts Open last May. Smith received a bye in the first few rounds before edging past Kevin Simm 6-5. Smith then trashed John Goldie 6-1 before averaging 97 in a 6-4 win over Geert Nenjies. Victories over Kyle Anderson and Martin Schindler put ‘Bully Boy’ into the Semi-Final where he’d face Peter Wright.

Smith averaged over the 100 mark as he saw off Peter Wright 6-3 before loosing out in the final to Michael Van Gerwen despite averaging 107.

World Champion Rob Cross suffered another heavy defeat. This time to highly-rated youngster and former World Youth Champion Corey Cadby. The young Australian has been a sensation in the last few years, hitting the highest preliminary round average at the World Championship in 2017 and beating some huge names on the World Series including Phil Taylor twice.

Cadby averaged 97 in a brilliant performance to beat the newly crowned World Champion. Both players pilled in two maximums in the duration of the match.

It was an outstanding debut for Spain’s Jose Justicia as he reached the Quarter-Finals after winning his tour card less than two weeks ago. Justicia saw off Poland’s Tytus Kanik 6-5 in the second round after receiving a bye in the opening round. The Spaniard then averaged 97.70 as he edged past Englishman Luke Woodhouse 6-4 before edging past anothe Pole in Krzysztof Ratajski.

Another 97.70 average in a 6-1 demolishing of Dave Prins put Justicia into the Quarter-Finals where a certain two-time World Champion was awaiting.

Lewis led 3-1 in the final before Jose Justicia came back to level the match up at 3-3. Then the game started getting a bit edgy and fiery. Justicia took a 5-4 lead before missing multiple darts for the match and that’s when the needle started. Justicia wasn’t happy with ‘Jackpot’ for whatever reason and Lewis started bitting at the Spaniard. Lewis eventually closed out a 6-5 win with double seven but it didn’t end there… Lewis then grabbed his opponent by the neck before security coming in and separating the players.

The issue was then referred to the DPA who investigated the situation and Adrian Lewis was awarded with a ban.

A truely brilliant start to the Pro Tour year with Dart Connect joining the PDC team at this years UK Open Qualifiers with their amazing stats and live in-match scoring. UK Open Qualifier 2 will take place at the Robin Park Leisure Centre tomorrow starting from 12pm live on PDC.tv.

Full results can be found on the Darts Planet TV forum!