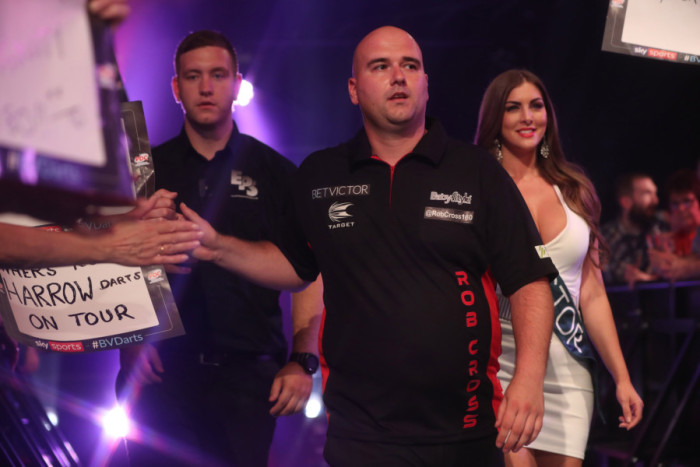 The walk-on girls have been an ever present future at all televised tournaments since the PDC launched back in the early 1990s but the PDC have confirmed they are no more.

It was confirmed earlier this week that the girls will be absent from Sky Sports events this year but now the next step has been taken.

Due to feedback from host broadcasters the PDC have decided to scrap the girls from major tournaments including the Unibet Premier League and William Hill World Darts Championship.

The PDC released a brief statement concerning the matter, “We regularly review all aspects of our events and this move has been made following feedback from our host broadcasters.”

It is yet to be confirmed whether or not the walk-on girls will be back in Europe for the European Tour events, which are not televised but streamed on PDC TV, but it is understood that the PDC Dancers will appear in the upcoming Unibet Premier League starting in just under a weeks time.

This has come as huge shock to nearly everyone in the world of darts, not including Michael Van Gerwen, who spoke to a Dutch newspaper a while ago, “Not that there is criticism, but darts is ready for the next step.

“A rise with music and only the player. That is what the fans ultimately wants to go to. Darts is also very much entertainment, but the PDC also wants more people to see it as a sport. It does not interest me like that. It is just a sport. People just look at it as that much. And that’s what it’s all about.

A petition has recently been started to try and get the girls they’re jobs back and has currently received over 5,000 signatures.

Photography courtesy of Lawrence Lustig and the Professional Darts Corporation