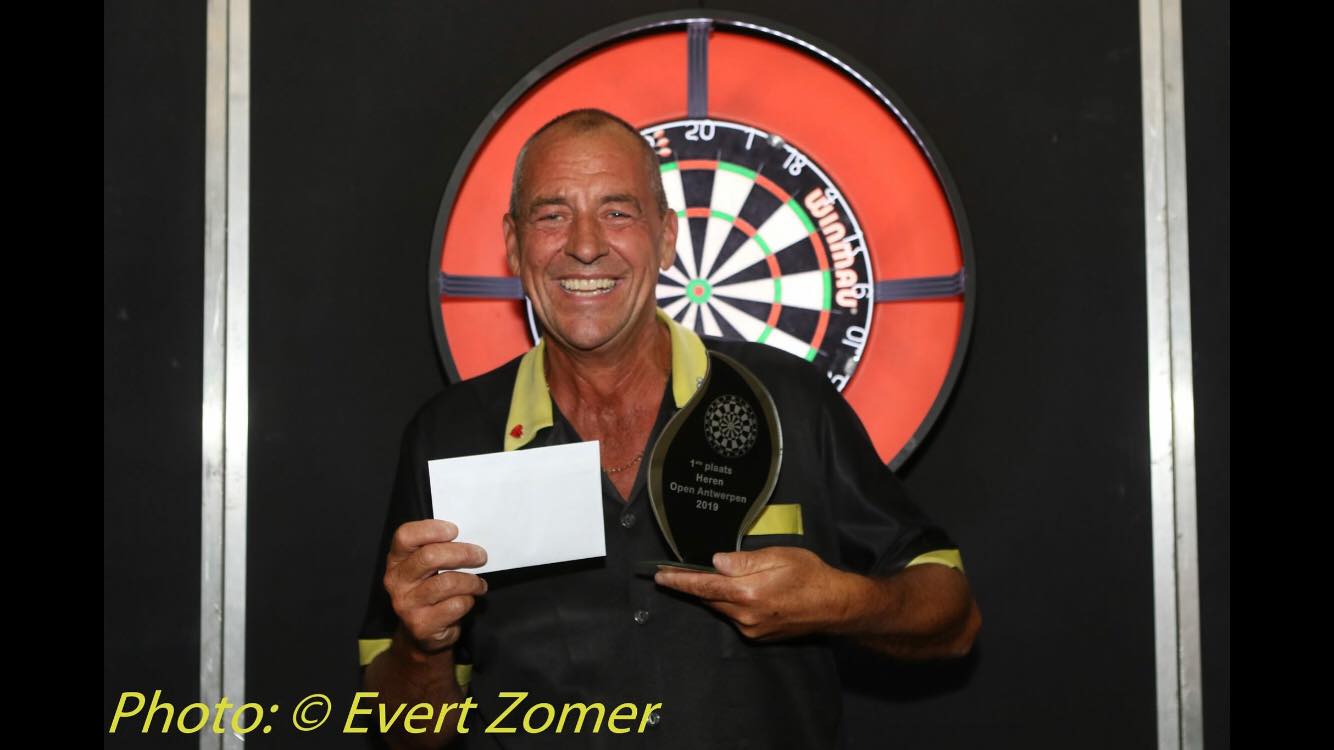 It may have taken him seven years, but Wayne Warren finally has a second BDO ranking title after winning the 2019 Antwerp Open.

The 57-year-old had lost in four finals since winning the 2012 BDO International Open but couldn’t be stopped in Belgium, picking up the title and the €1800 top prize courtesy of a 7-5 final win over Scotland’s Gary Stone, who was playing in his first ranking final in seven years.

The Welshman beat Dennis Smith, Darryl Fitton and Carl Hamilton to set up a semi-final with Leighton Bennett. With the game poised finely at 4-4, the Glamorgan thrower took out consecutive checkouts of 160 and 161 to seal the match and move to the final.

Stone, who reached two semi-finals a fortnight ago in Luxembourg, saw off top seed Dave Parletti in the last 16 and Swiss Open champion Thomas Junghans in the quarter-finals before beating Simon Stainton 6-4 in the semis.

The East Stirlingshire ace is back playing the BDO circuit full-time now and really appears to be finding his best form, but he couldn’t match the Welshman in the final.

In the ladies competition a first-time winner was crowned, as Astrid Trouwborst won her maiden BDO title by defeating fellow Dutchwoman Sharon Prins.

With top seeds Fallon Sherrock, Deta Hedman and Aileen de Graaf all falling early, the door was open for someone to step up and that was exactly what the 48-year-old Den Haag native Trouwborst did, booking her place at the World Masters in October. Trouwborst’s victory was also the first by a Dutch player in the event since 2011, when Francis Hoenselaar was victorious.

Prins had seen off Priscilla Steenbergen and Vicky Pruim before the final, but she ultimately lost 6-3 in her second ranking final of the season.

Lerena Rietbergen ensured there was also a Dutch winner in the Girls youth competition. The youngster didn’t drop a single leg in her final three games, storming to the title with a 4-0 win over Joëlla Verhagen.

As has been the case for much of the season, James Beeton was victorious in the Boys event. He sealed yet another title with a 5-1 win over Dutch international Danny Jansen.