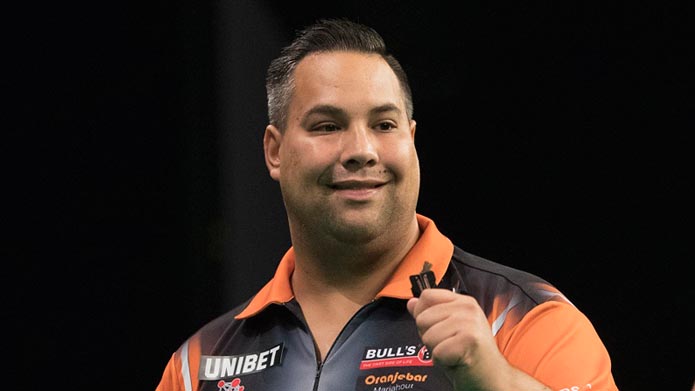 Raymond van Barneveld will miss out on the World Cup of Darts for the first time after it was announced that Jermaine Wattimena will pair up with Michael van Gerwen in June, ‘The Machine Gun’ making his debut in the unique tournament.

The £350,000 event returns to Hamburg for the first time since 2014, but this time at a new arena with the Barclaycard Arena replacing the Alsterdorfer Sporthalle. Most of the duos had already been announced prior to Monday’s cut-off date, with only a few of the nations still yet to be confirmed. Four-time champions The Netherlands will defend their title with a new pairing, Wattimena’s consistent rise up the rankings pipping Van Barneveld and Jeffrey de Zwaan amongst others to the post.

Alongside Michael van Gerwen, the Dutch will be one of the favourites, with Michael Smith confirmed to be also making his debut, alongside Rob Cross for top seeds England. Peter Wright and Gary Anderson are set to team up once again as ‘The Flying Scotsman’ makes just his second TV appearance of 2019. The seeds are rounded out by a very strong Welsh team (Price and Clayton, #4), last year’s semi-finalists Australia (Whitlock and K. Anderson, #5), dark horses Northern Ireland (Gurney and Dolan, #6), one of the standout teams from 2018, Belgium (K. Huybrechts and Van den Bergh, #7), and Austria, with an inclusion for Zoran Lerchbacher despite an evident falling out with Mensur Suljović last year.

The strongest nations outside the top eight include the Republic of Ireland (Lennon and O’Connor), Poland (Ratajski and Kanik) and Germany (Hopp and Schindler). It has also been revealed that as some thought, Magnus Caris will retire from professional darts after the World Cup. The former Lakeside semi-finalist has been slowly winding down his career recently, making a European Tour appearance earlier in the year after not playing any of the PDCNB events.

There was a recent qualifier held in China, and Qingyu Zhan will make his debut alongside Xiaochen Zong. The only other pairing with any doubt surrounding it before the announcement was Canada, and they will be represented by Tour Card holder Dawson Murschell and Jim Long.