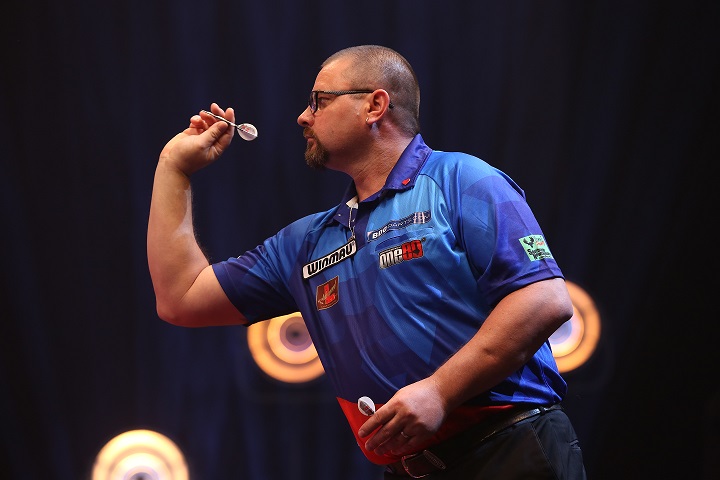 West Coast Classic success for Machin and Kewish in Australia

Peter Machin and Tori Kewish were successful as the West Coast Classic took place at the Belmont Sport and Recreation Club in Cloverdale, Australia.

A busy World Darts Federation weekend was massively affected as a result of the ongoing coronavirus pandemic – which is postponing darting tournaments left, right and centre across the globe.

Despite the postponement of events in Hungary, Germany and the Faroe Islands, Australia’s West Coast Classic continued as planned.

The Adelaide-based ace secures his place at the newly-announced WDF ‘World Masters’ courtesy of his triumph in claiming the bronze-ranked title.

After breezing through his group, Machin thrashed both Alec McAvoy and former champion Dennis Parr to book his place in the semi-finals – where he narrowly defeated Adam Rowe in a deciding leg thriller.

Rowe had beforehand beat former champion Koha Kokiri in the quarter-finals, while another previous winner in Loz Ryder departed in the last 16 at the hands of Lionel Anderson.

Elsewhere, Tori Kewish lifted the women’s West Coast Classic for a third successive year as she defeated Dot McLeod in the final.

Kewish whitewashed Barb Smyth in the semi-finals in a repeat of last year’s final, in which she also won in whitewash fashion, after edging past Jane Gambie in the last eight.

McLeod reached the final for a second time after having previously appeared at the closing hurdle in the inaugural event, held back in 2010. The Australian was on that occasion defeated by Queensland’s Natalie Carter – who exited in the group stages this time around.