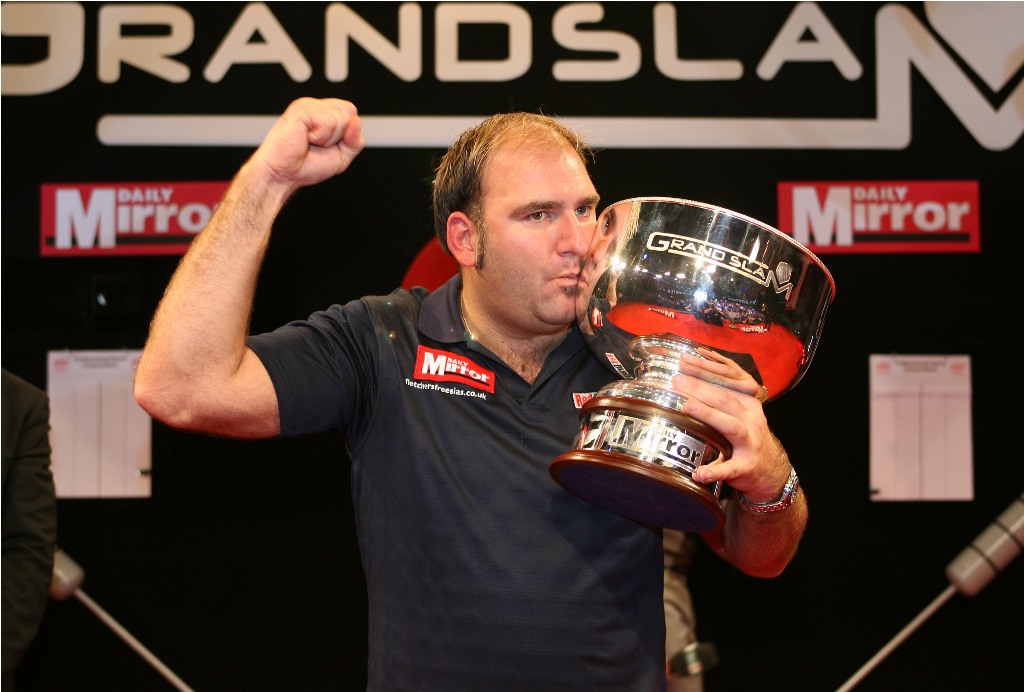 The Grand Slam of Darts is our once a year opportunity to see both codes face off in competitive competition with the best of the BDO joining the PDC’s elite for a showdown of the champions.

Although the PDC have been the dominant force in the competition since its inception in 2007, there has been one exception to the monopoly.

Scott Waites is the sole BDO representative when he beat James Wade in a thrilling final back in 2010.

Waites has made the final of the tournament a year earlier, only to be heavily beaten by Phil Taylor 16-2.

And when The Machine raced into a 8-0 lead in double quick time, Waites would have been fearing the worst yet again.

But, wasteful doubling by Wade gave “Scotty 2 Hotty” the chance to get back in the game, as the Machine missed tops to go 9-1 up before another five to go 9-3 ahead, before clawing it back to 9-6 at the mid game interval.

And the Halifax thrower bought the game level for the first time in the 22nd leg to make it 11-11.

He would then lead for the first time in the match a leg later. Despite busting on 9, and missing darts at double, he would checkout on Double 4 after Wade missed three darts at double on his own, that lead would extend to 14-11.

Wade would win the next leg to make it 14-12 by hitting only a fourth double in 21 attempts after going 8-0 up.

And a couple of legs later Waites would hit the winning double, notching double 8 to win the title in sensational style to send the Wolves Civic into raptures and his family, most notably his Dad, into tears.

Waites described the 16-12 win as the “most prestigious” of his career, with the success his first of four major televised majors he’s won during his career to date.

The final is often described as one of the best in the tournaments history, and a game still spoken about by many fans and pundits alike to this day.