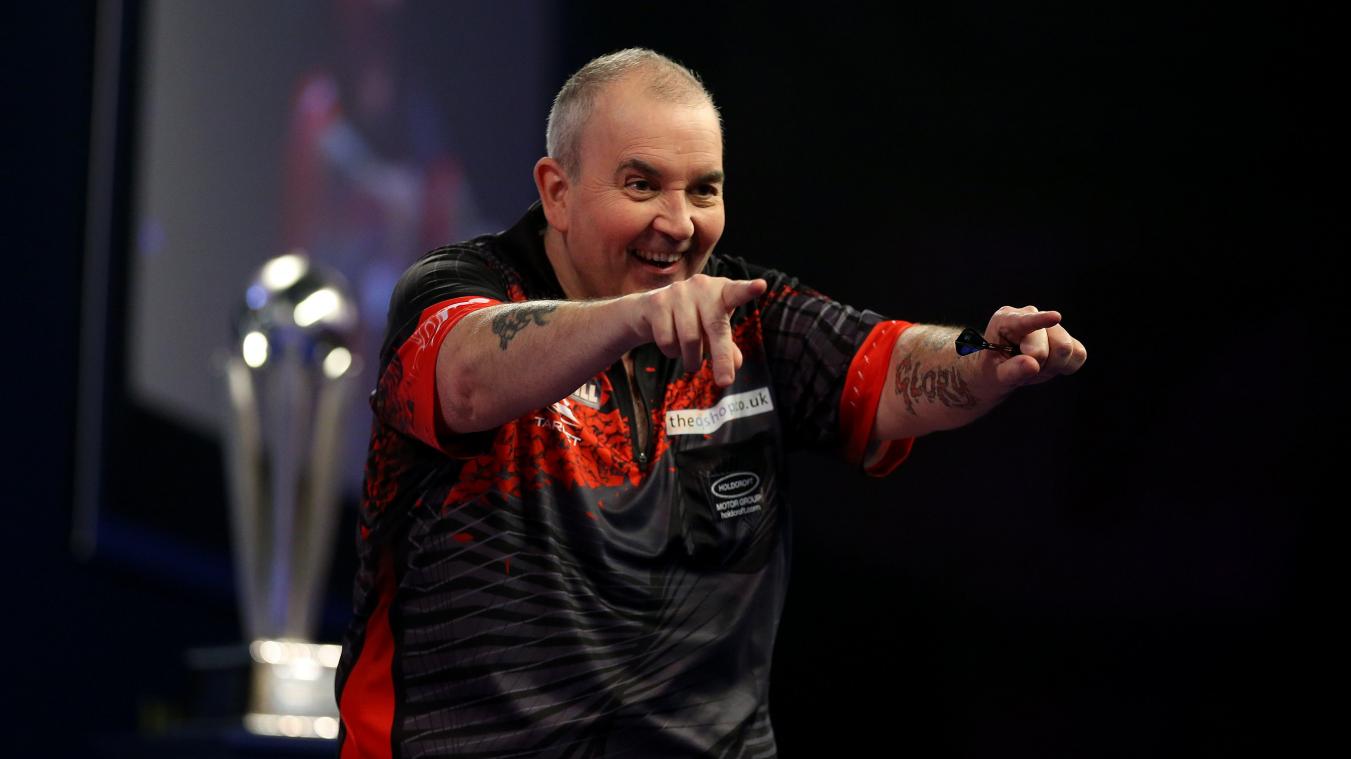 Where are they now? PDC’s top 20 at the start of the decade

As we approach the end of the decade, the professional game has seen a drastic overhaul in change in recent years.

Just James Wade, Adrian Lewis and Mervyn King have remained inside the top 20 between the start and end of the decade, with a change of guard taking place.

Retirements, slides down the rankings and persistent success – the 2010s have witnessed events we couldn’t believe would possibly come into existence.

After winning both his 16th world title and his 16th World Matchplay crown during the 2010s, Phil Taylor exited the sport two years ago.

‘The Power’ bowed out in a 7-2 defeat to Rob Cross at the Alexandra Palace, with a legend stepping down and a new star being born on the World Championship stage.

Taylor will go down as the greatest ever to throw a dart, having lifted hundreds of titles across the globe, and every major tournament possible within the professional game.

The Stoke-on-Trent-based ace is currently enjoying his retirement with regular appearances on the exhibition scene, and was trialled by Sky Sports as a commentator during last year’s World Championship.

Raymond van Barneveld couldn't have been more dejected after his career was ended in the first round of his last World Championship.

Having lifted five world titles and revolutionised the sport in the Netherlands, Raymond van Barneveld hung up the arrows after departing in the first round of the recent World Championship.

The legendary Dutchman was brushed aside by America’s Darin Young, adding to his recent Alexandra Palace disappointments in recent years, with Lithuania’s Darius Labanauskas doing for him in December of last year.

Van Barneveld has a celebratory event planned for February of next year in order to commemorate his great career in the sport.

It has been rumoured that the Dutchman will produce commentary following the resignation of his PDPA membership for broadcaster RTL7 in the Netherlands.

James Wade is one of the very few on this list to still be plying his trade at the very top of the sport.

Prior to the 2010s decade, Wade had already lifted the World Matchplay, World Grand Prix, Premier League and the UK Open, and has since then added the Masters, European Championship and 12 other PDC ranking events to his honours tally.

‘The Machine’ has also this decade married and had a first child with former PDC walk-on girl Sammi Marsh, contested in the first match to have two nine-darters in alongside Robert Thornton and released a charity single with seven other Premier League participants.

Wade competed in the recent World Championship, being defeated by Steve Beaton in the third round.

Whilst being ranked as PDC number one John Part for the most part of 2003, John Part lifted three world titles and the Las Vegas Desert Classic during a lengthy stint as a professional darter.

Part’s most recent success within the professional system came in Minehead as he lifted the 2013 UK Masters as part of the appreciated European Tour, and embarked on a famous run to the quarter-finals at the UK Open last year, before unfortunately losing his PDC tour card that same year.

He was inducted into the Professional Darts Corporation’s Hall of Fame almost three years ago, and was employed as a Sky Sports commentator as of the 2013 World Matchplay.

Part now has plans to return to Qualifying School in January in order to potentially regain his tour card, allowing himself to make a return to the professional scene.

Similar to James Wade, Mervyn King remains a threat in the higher echelons of the sport, having reached three major quarter-finals this year alone.

‘The King’ lifted a PDC title as recent as last year, defeating Wade in the final, and was on the end of a defeat to Michael van Gerwen in the 2012 World Grand Prix final.

King participated at the recent World Championship, being denied by Simon Whitlock in the third round.

After making seemingly his last ever World Championship appearance in 2017, Terry Jenkins retired in November of last year.

‘The Bull’ eased away from the sport without receiving a real send off – in contrasting fashion to what Phil Taylor and Raymond van Barneveld have more recently received.

Widely regarded as one of the greatest players never to lift a major crown, Ronnie Baxter is vying for a return to the sport in 2020.

‘The Rocket’ was ranked well short of the top 64 prior to last year’s World Championship and subsequently dropped off the circuit.

Baxter, who reached a World Championship quarter-final as recent as 2010 and won a ranking title just seven years ago, underwent a sabbatical throughout this year.

Winning two world titles this decade, Adrian Lewis is classed as one of the greatest sportsmen to ever throw a dart.

‘Jackpot’ has undergone a spell of turmoil in recent years, but has recouped some form since beating Raymond van Barneveld in the Dutchman’s last ever ranking final.

Lewis competed in the recent World Championship, being defeated by Dimitri Van den Bergh in the fourth round.

Better than Taylor's? Dennis Priestley with a near-impossible 125 bull checkout at the 2009 Grand Prix of Darts. 11 DAYS TO GO! pic.twitter.com/2scCXlHVpD

Dennis Priestley is one of the greatest players of all time. He lifted the first World Championship under the professional umbrella – which was aptly the only major event he would win whilst playing within the PDC.

Priestley retired from the sport nearly five years ago after originally beginning to tone down in events during the 2013 season.

‘The Menace’ made his final professional appearance at a Players Championship event in May of 2014, with his last ever World Championship coming in December 2012, losing out to Ronnie Baxter.

Priestley remains a regular on the exhibition circuit.

Now a co-host on the brilliant Sky Sports Darts podcast, Colin Lloyd will be remembered for infamously punching a dartboard, though, ‘Jaws’ lifted both the World Matchplay and World Matchplay during a glittering career.

Lloyd, who was PDC number one for a considerable amount of time between 2005 and 2007, competed in his most recent World Championship six years ago with a narrow loss to Australia’s Beau Anderson.

The Colchester man remained on the circuit throughout the next two years, but failed to qualify for any major events and eventually lost his tour card ahead of the 2016 World Championship.

Lloyd didn’t return to Qualifying School, but failed to rule out a future return to the sport.

Currently competing on the PDC Challenge Tour after missing out at Qualifying School, Colin Osborne is quite the sportsman, having represented England in table tennis and being an apparent former yo-yo champion – whatever that may be!

Osborne lost his PDC tour card prior to the 2015 World Championship, with Q School becoming a regular voyage for him in each January since.

Whilst now residing in Derby, Osbourne finished in 55th on the PDC Challenge Tour Order of Merit this year, and will attend the gruelling Q School once again early next year.

Former World Championship quarter-finalist Alan Tabern has remained on and off the professional scene this decade.

Despite winning through at Qualifying School once again in January of last year, Tabern lost his tour card after not qualifying for this year’s World Championship and being situated outside the world’s top 64.

The St Helens man will be off to Q School once again in January, with the aim being to regain his place on the circuit.

Mark Walsh, the former UK Open runner-up, dropped off the circuit prior to the 2018 World Championship.

The 54-year-old briefly attended Qualifying School in January, reportedly in order to compete on the Challenge Tour throughout this year.

Walsh has reached three Challenge Tour quarter-finals in 2019, including a run to the final of the seventh event, missing out at the hands of Spain‘s Jesus Noguera.

He will return to the Robin Park Tennis Centre next month, looking to recoup his tour card.

‘The Hammer’ will begin his second successive BDO World Championship campaign on Monday against either Darren Herwini or Simon Stainton.

Hamilton opted to make the abstruse switch from PDC to BDO after missing out on the 2017 World Championship and therefore losing his coveted PDC tour card.

Despite being within the higher echelons of the BDO side of the sport, Hamilton will set his sights on regaining his place on the PDC tour as he heads to Qualifying School next month.

Kevin Painter was abolished from the PDC circuit, after losing form and dropping out of the world’s top 64 at the backend of last year.

‘The Artist’ has competed on the PDC Challenge Tour throughout 2019, in the aftermath of trying and failing to recover his PDC tour card at the intense four-day long Q School.

Painter has been utilising amateur competitions across the country in order to recoup some form going into next year.

One of the truly great finals…

Thanks to events materialising in his favour at Alexandra Palace, Robert Thornton will remain on the professional scene for one more season at the very least.

The Scotsman recently appeared on television at the Grand Slam of Darts, reaching the second round and pocketing £10,000 in a potentially career-saving tournament.

Thornton missed out on qualifying for the World Championship, being defeated by a rampant Kevin Burness of Northern Ireland in November’s last chance qualifier.

? Mystic Mardle! ?@Wayne501Mardle predicts Peter Wright's visit to perfection, much to the disgust of @Rod_Studd! ??

Wayne Mardle was back in the headlines just a matter of weeks ago as he ousted Michael van Gerwen in an exhibition leading up to the World Championship.

Since his whitewash defeat at the hands of Germany’s Jyhan Artut in the 2010 World Championship, Mardle underwent a mammoth slide down the rankings.

He eventually dropped out of the professional system, before on the eve of Qualifying School, announcing his decision to focus on darts commentary as a full-time role.

Nicknamed ‘Hawaii 501’, the 46-year-old has remained at the pinnacle of Sky Sports’ punditry team for the best part of eight years.

Amid constant back troubles, Vincent van der Voort has remained at the forefront of professional darts.

Currently sitting in 33nd in the rankings, van der Voort departed in the second round this month at Alexandra Palace at the hands of World Grand Prix runner-up Dave Chisnall.

A 170 checkout is reeled in for the FOURTH time this tournament as Steve Beaton rolls back the years and takes out the biggest finish of them all! pic.twitter.com/J8BKqmkSA3

Widely regarded as the greatest ever player not to reach a PDC World Championship quarter-final, Steve Beaton has continued to reside within the PDC’s top 32.

The former BDO champion of the world was recently denied a career-best pay-day at Alexandra Palace by Lithuania’s Darius Labanauskas.

Beaton reached a major quarter-final as recent as 2017 – the same year that saw him claim his latest PDC title at a ProTour event in Wigan.

“I’m genuinely thinking about Q School. We’re going on a cruise later on in the year, we enjoy life now – both myself and the wife have been through problems with health and we just enjoy life.”

Those were the words of Peter Manley whilst speaking to Sky Sports earlier this year. He has attempted the enervating PDC Qualifying School on six occasions since dropping off the circuit in late 2011.

Manley has also held down the role of PDPA Chairman for over a decade, protecting the interests of the players and working in conjunction with the PDC and Darts Regulation Authority.