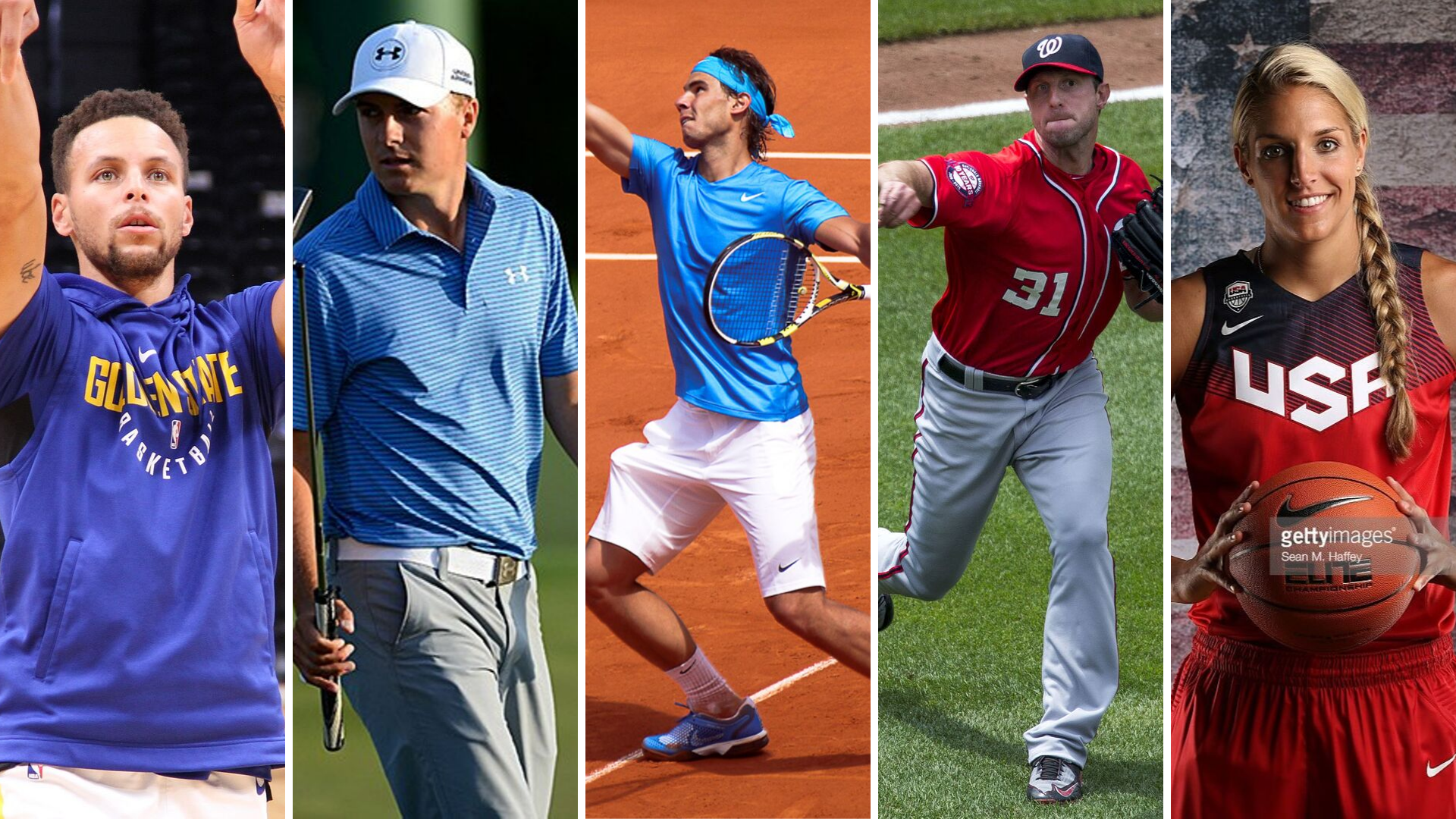 Which Pro Athletes Would Be Best At Darts?

Most darts players would likely agree, event at the professional level, that there’s a component of inherent skill involved in the game. That’s not to say practice doesn’t matter, nor that techniques can’t be learned or perfected. Needless to say, the best dart throwers in the world work tirelessly on their craft to achieve results.

Still, some might say that darts are also the ultimate test of that special, intangible something that gives some people touch, or makes them good at bar and beach games. We all have that friend who just masters these kinds of games, seemingly with little effort: the best at billiards, the dead-eye at cornhole, etc. And keeping that kind of inherent skill (which also tends to translate to darts) in mind, we did some thinking, just for fun, about which professional athletes seem most like they could thrive at darts.

These were some of the names that came to mind….

Stephen Curry, two-time NBA MVP and point guard for the Golden State Warriors, is maybe the most obvious choice. He is, in the most literal sense, the best shooter in the history of basketball, which clearly indicates a degree of touch and hand-eye coordination that would be useful if he wanted to play darts. Even beyond basketball though, Curry thrives with pursuits of accuracy and precision; he’s known to have a golf game of nearly professional caliber. We have little doubt Curry could be an outstanding dart thrower, and for all we know he is one already .

Golf may seem like a strange indicator for darts, but the need for excellent hand-eye coordination, the idea of aiming for minuscule target, and the need for calm and focus are all relevant. This would likely make a lot of golfers better equipped than most to thrive at darts, but we’re going with multi-time major winner Jordan Spieth because his putting ability, specifically, is what sets him apart. While Spieth had a rough 2019 season, he is still considered one of the best in the world, and when he’s at his best, his putting is unrivaled. This in particular seems like a skill that would suggest someone could be a good dart thrower.

He may be well into his 30s at this point, but Rafael Nadal remains one of the best tennis player on the planet. He won the French Open this past summer, and was counted among the favorites at Wimbledon; he then won the U.S. Open, and could well be the betting favorite at the Australian next January. But in addition to his general athletic ability (Nadal is also excellent at soccer and golf), and his ability to “paint the lines” in tennis (basically meaning he hits very accurately), it’s a recent stunt of Nadal’s that got him on this list. In between matches at the U.S. Open, Nadal appeared to be joking around with commentators John McEnroe and Chris Fowler when he casually smacked a tennis ball up into their booth, several stories high. Look it up – it was remarkable, and just the sort of random skill that would seem likely to translate.

Here, frankly, we could have picked any dominant MLB pitcher. Throwing a baseball at 95-plus miles per hour, dozens of feet into the pocket of a catcher’s glove, is maybe the closest approximation of dart throwing in major professional sports. And Scherzer simply does it better than anyone else these days, or at least he has in the last few years. There are others who could be considered the best in baseball, such as Justin Verlander, Clayton Kershaw, and Jacob DeGrom. But for consistency and accuracy, we’d go with Scherzer. It would be a lot of fun to see how good he could be throwing darts.

While it does seem to have gained some popularity in the last year or two, the WNBA still doesn’t get nearly the attention it deserves. For that reason, a lot of people are probably unaware that Elena Delle Donne, a longtime star in the league, has asserted herself as the best free throw shooter ever, male or female. Her accomplishments and percentages at the line are simply out of this world, which indicates several of the skills we’d deem relevant to dart throwing, tangible and otherwise. While the mechanics are of course completely different, there are ways in which free throw shooting and dart throwing are quite similar. So, naturally, the best of all time at one ought to be respectable at the other!