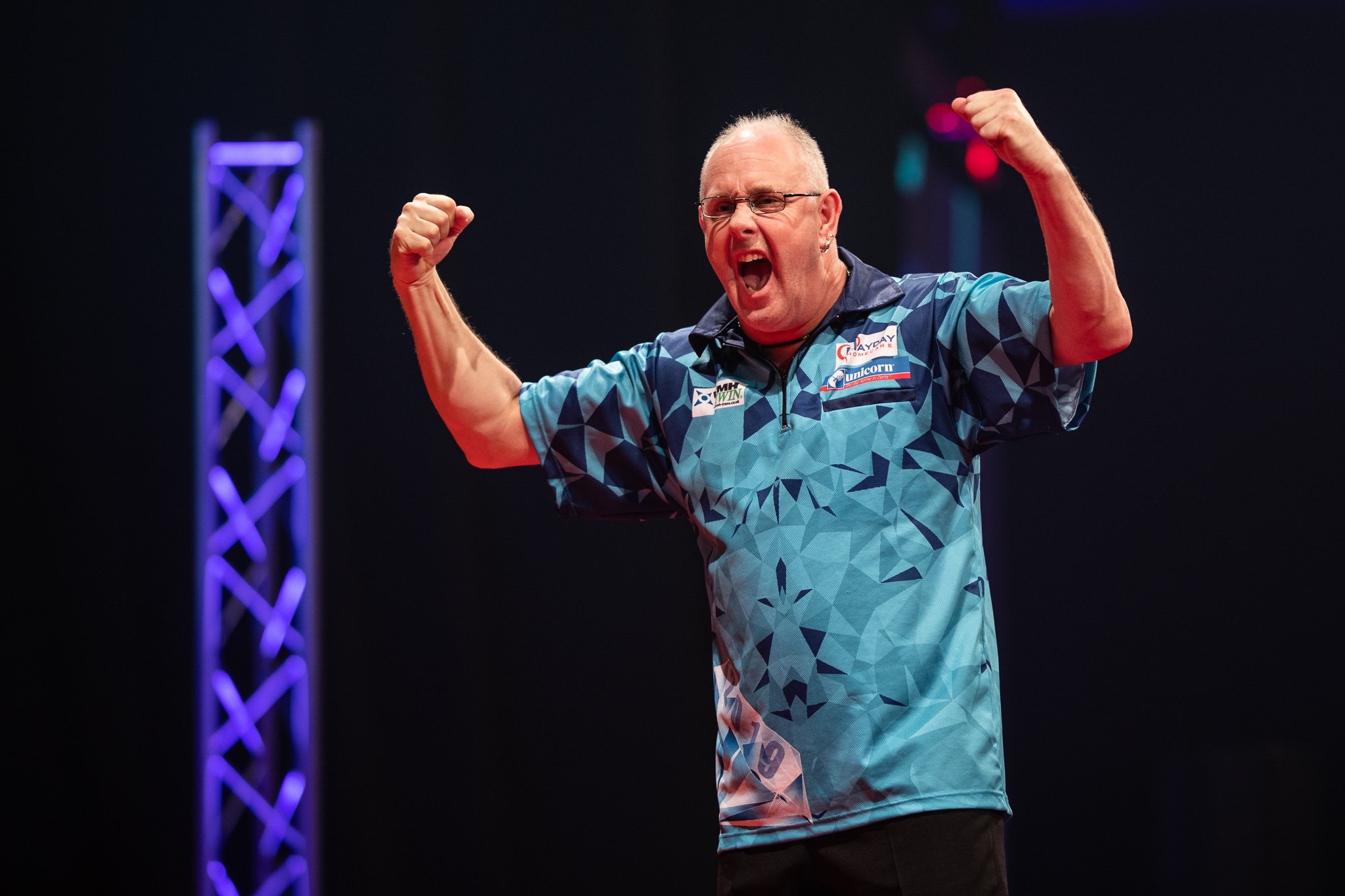 Ian White reigned victorious for the second time on the European Tour as he denied Peter Wright 8-7 in the final of the European Darts Grand Prix in Sindelfingen, Germany.

After reaching back-to-back finals on the European Tour prior to his title-winning tournament in Germany, Ian White sealed his first title of 2019 with a convincing performance at the Glaspalast.

White began his campaign with a 95.53 average in edging out Dimitri van den Bergh, surviving match darts in the process, before producing a scintillating showing as he averaged 110.84 in beating Keegan Brown 6-3 in a European Tour thriller. Brown averaged 107.04 himself in a terrific tussle.

‘The Diamond’ then made light work of quarter-final debutant Jeffrey de Zwaan, as he breezed into the semi-final with a 6-1 win, before booking his place in the final with a 7-5 win over Steve Beaton.

White was made to work for his victory by Peter Wright, and he would have been feeling the nerves as his second successive final went the distance. However, this time it when the way the Stoke-on-Trent man would have wanted it to as he prevailed a narrow 8-7 winner.

Despite enduring defeat in the final, it was a much-needed run for ‘Snakebite’ as he saw off Niels Zonneveld, Jonny Clayton, Michael van Gerwen and Jamie Hughes en route to the final.

Elsewhere, defending champion, Michael van Gerwen, who currently has 32 European Tour titles to his name, was dumped out in the quarter-finals at the hands of Wright, while number two seed, Gerwyn Price, suffered a third round exit from Darren Webster.

Glen Durrant exited at the first hurdle due to a sublime showing from Ryan Searle, as Jamie Hughes reached his first PDC semi-final, and narrowly missed double 12 for a nine-darter on his way to the last four.