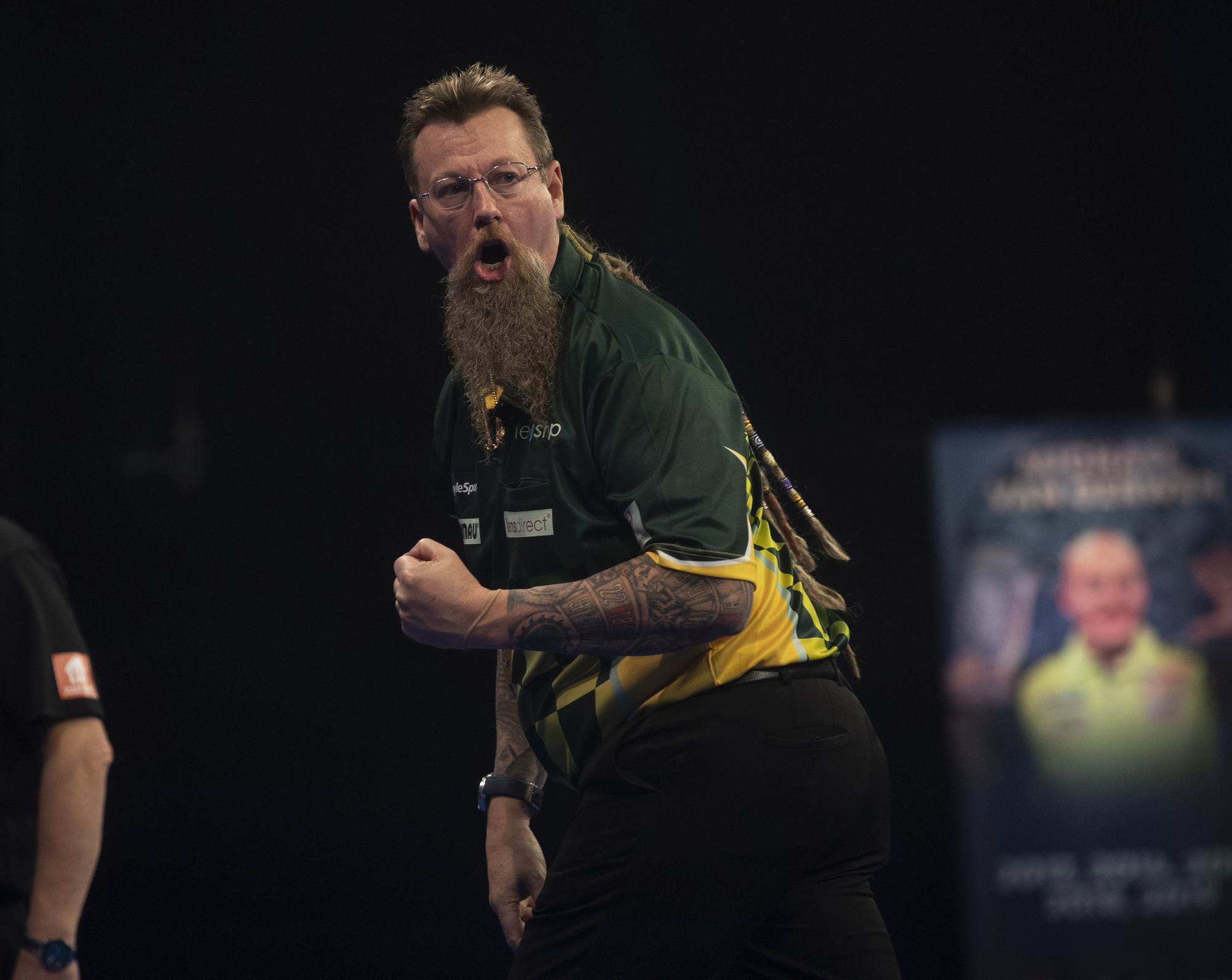 Simon Whitlock claimed a televised win over Michael van Gerwen for the second time in a matter of months as the semi-final line-up for the World Grand Prix was completed.

Van Gerwen had won the last two stagings of the double-start tournament, and despite an average of 96, the world number one could only manage two legs against an inspired Whitlock, who wasn’t even in the event this time last week.

The Australian also beat Van Gerwen in July’s World Matchplay, and completed the double in Coventry to set up a semi-final with debutant Dirk van Duijvenbode.

‘The Titan’ seems to have returned to the scintillating form that he was in before lockdown, and he put out Gary Anderson with an excellent display to move into the top 64 just nine months after regaining his Tour Card.

Van Duijvenbode got off to the better start in the night’s opening contest, closing out the first set 3-2 with a 13-darter before doubling his lead in a high-quality set two.

The Dutchman went within a leg of a straight sets win, but former finalist Anderson found his game to halve the deficit and keep his hopes alive.

That didn’t faze Van Duijvenbode, though, as he took the first two legs of the fourth set in 27 darts and showed no signs of nerves to book a first ever PDC major semi-final.

He will play Whitlock, who averaged in three figures for the second time this week and hit more than 50% of his checkout attempts.

A 12-darter saw ‘The Wizard’ clinch the first set 3-1, before a stunning second set was won in three straight legs in just 44 darts.

Van Gerwen couldn’t find his doubles, and Whitlock punished him with a sensational 3-0 victory to continue his dream week and move up to 15 in the world.

Dave Chisnall found himself two sets down for the second night running, although he only had himself to blame this time around as he missed handfuls of darts to win both sets and Joe Cullen capitalised.

‘Chizzy’ picked out a second 150 checkout of the match to set him on the way to winning the third set, which was quickly followed by the fourth courtesy of another big finish, a 155.

It looked like Cullen had nothing left in the tank, but he came from two down in the decider to force a final leg. ‘Rockstar’ had a shot at 115 for the match, but couldn’t get a dart at a double.

Chisnall almost made a mess of another simple checkout, but somehow pinned double 10 to progress to the semi-finals.

The two-time runner-up will play Gerwyn Price in the last four after he produced an efficient display to see off Jeffrey de Zwaan.

The Dutchman’s hopes of a World Cup debut were ended after a 3-1 win for the world number three.

He took the first two sets fairly comfortably, and despite some signs of life from ‘The Black Cobra’, a 164 checkout sealed victory for Price, who is into his first Grand Prix semi-final.

The penultimate night of World Grand Prix action takes place on Sunday evening at the Ricoh Arena in Coventry.