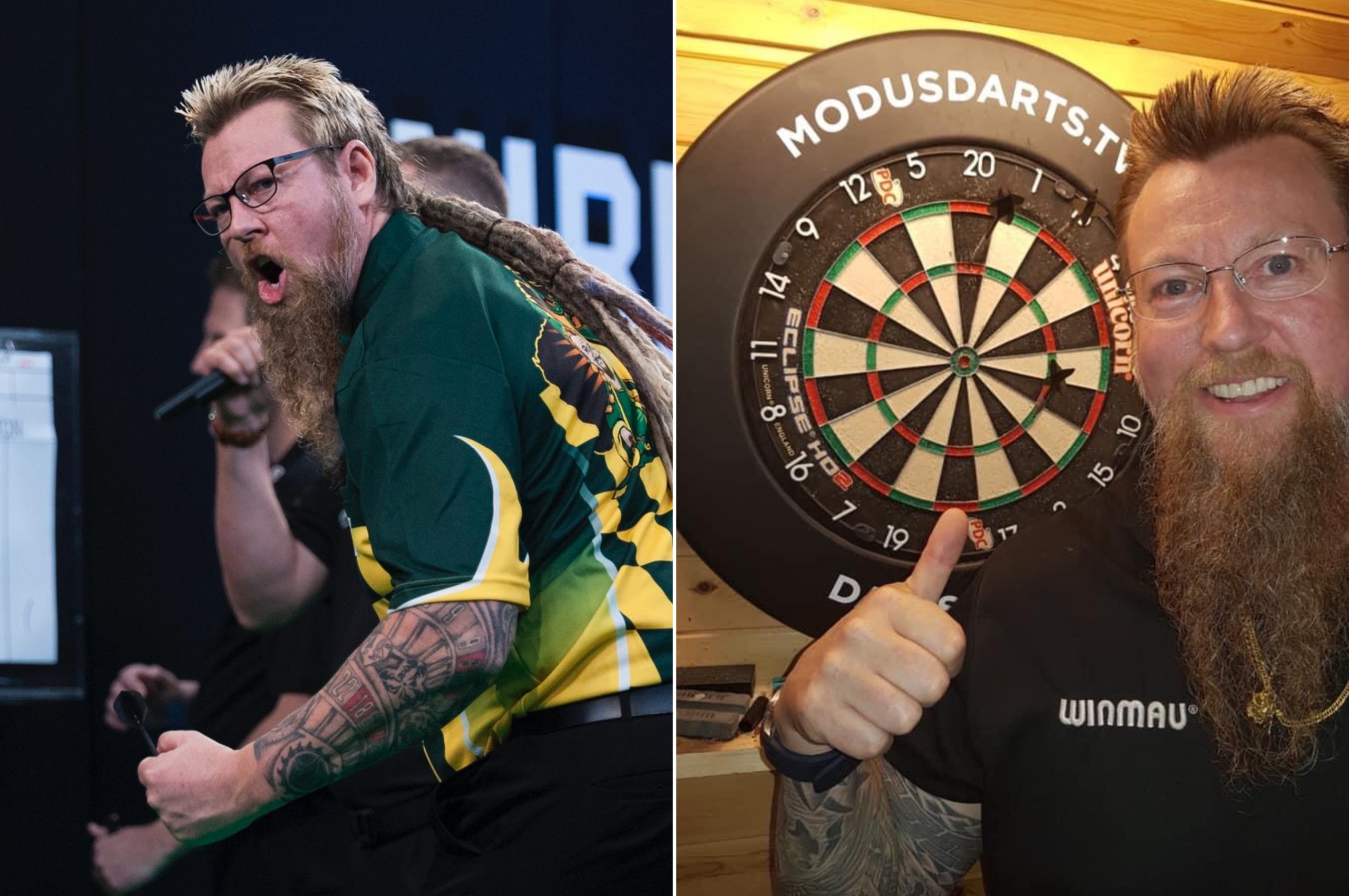 Simon Whitlock pinned a mesmerising nine-darter on his way to winning an online tournament featuring Michael Smith and Chris Dobey on Saturday afternoon.

Despite not progressing further than the first phase of the innovative PDC Home Tour, Whitlock has acquitted himself with aplomb to his chosen trade whilst in lockdown.

‘The Wizard’ came through a field of 128 players in the tournament organised by Australian Danny Kilbane, denying World Grand Prix semi-finalist Chris Dobey in the final.

Dobey had defeated PDC tour card holders Andy Boulton and Michael Smith en route to the final, as well as Australia’s Mal Cuming – who ousted defending champion Ross Smith in the fourth round – with both averaging over the 97 mark.

Whitlock himself saw off three players who own a tour card on his way to clinching the title as Joe Murnan, Scotland’s William Borland and Dobey were all swept aside by the former World Championship finalist.

The Hampshire-based thrower achieved a remarkable nine-dart finish in his second round encounter with Jake Jones, in a match which saw the Australian average 96.49 compared to his opponent’s 93.81.

Whitlock pinned six maximums in ten legs against England’s Jones, with two of those coming back-to-back in the culminating leg, before he converted an impressive 141 checkout on double 18 to seal the deal.

The former European Championship winner subsequently came from 3-1 behind to overcome a firing Dobey in the final, registering an average just short of the 95 mark.

Unfortunately, neither Whitlock’s nine-darter nor his final against Dobey were allowed to be streamed online due to regulations that come alongside owning a tour card.

Elsewhere, multiple-time major finalist Chisnall was ousted in the fourth round by Damon Heta, while Kyle Anderson departed in the previous round at the hands of Belgium’s Brian Raman.