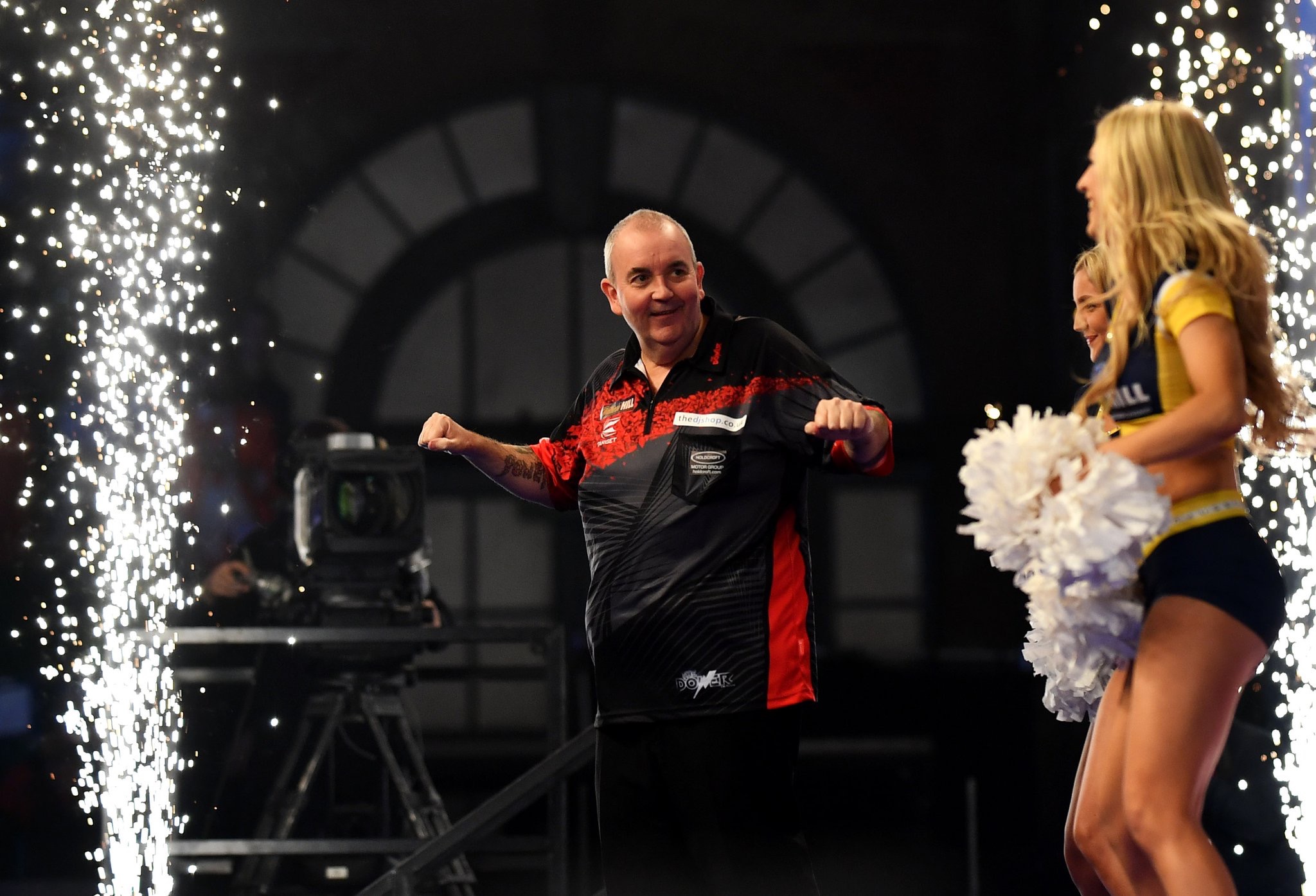 Michael Van Gerwen edges past fellow Dutchman Raymond Van Barneveld to reach the World Championship Semi Finals for a third year in a row. Both players started edgy but the game got better towards the end as Barney missed doubles at key moments and Van Gerwen snatched at the opportunity. Van Barneveld could have been 3-0 ahead but missed doubles to take the lead. ‘Mighty Mike’ then emerged into a 3-1 lead before Van Barneveld fought back to level the match up at 4-4 by hitting a superb 121 checkout.

Barney took a 1-0 lead in the opening leg of the final set but failed to convert darts at double 16 to wrap up the match. Van Gerwen then buried the double 5 with his last dart in hand to reach the semi final and setup a semi final clash with emerging star and four time Players Championship winner Rob Cross.

Rob Cross battled through to reach the semi finals on debut at the William Hill World Darts Championships. Cross went 4-1 ahead against a very stubborn Dimitri Van den Bergh who wouldn’t go away and kept pushing on but the Belgian came back to level the match at 4-4 and take it into a last leg decider. Van den Bergh led 1-0 in the final set but missed important doubles at key times as ‘Voltage’ punished the World Youth Champion. Cross eventually came out a 5-4 winner after hitting double 1 with his last dart in hand.

16 time World Champion Phil Taylor sealed a place in the William Hill World Darts Championship Semi Finals following a 5-3 win over former back to back World Champion Gary Anderson. The fairlytale ending is still on for the greatest darts player of all time and will it just be typical Phil to beat Michael Van Gerwen in the final? Of course Rob Cross will have something to say about that.

‘The Power’ took a 1-0 set lead with a 120 checkout before Anderson levelled the match up at 1-1 courtesy of a 101 outshot. Taylor then whitewashed the world number three in set three before hitting double 16 to go into a 3-1 lead. The World Matchplay winner converted a 100 checkout to lead 4-1 and put the game to bed. Gary fought back from 4-1 down to make the game 4-3, hitting a 112 and 115 checkout along the way. That was the best it got for the Scotsman, though, as ‘The Power’ closed out a 5-3 victory, hitting double tops.

Former World Youth Masters Champion Jamie Lewis has reached the William Hill World Darts Championship semi finals for the very first time after whitewashing Darren Webster 5-0. The Welshman finished a brilliant performance with 41.67% on the doubles and a 101.26 average. Lewis also fired in 14 maximums in the encounter.

Lewis started the match with a 180 and won the first three sets in terrific style, only dropping three legs. ‘Rasta’ held his nerve and continued to throw unbelievable darts to set up a semi final clash with Phil Taylor. Lewis also becomes the first ever Preliminary Round qualifier to reach the semi final in PDC World Championship history.