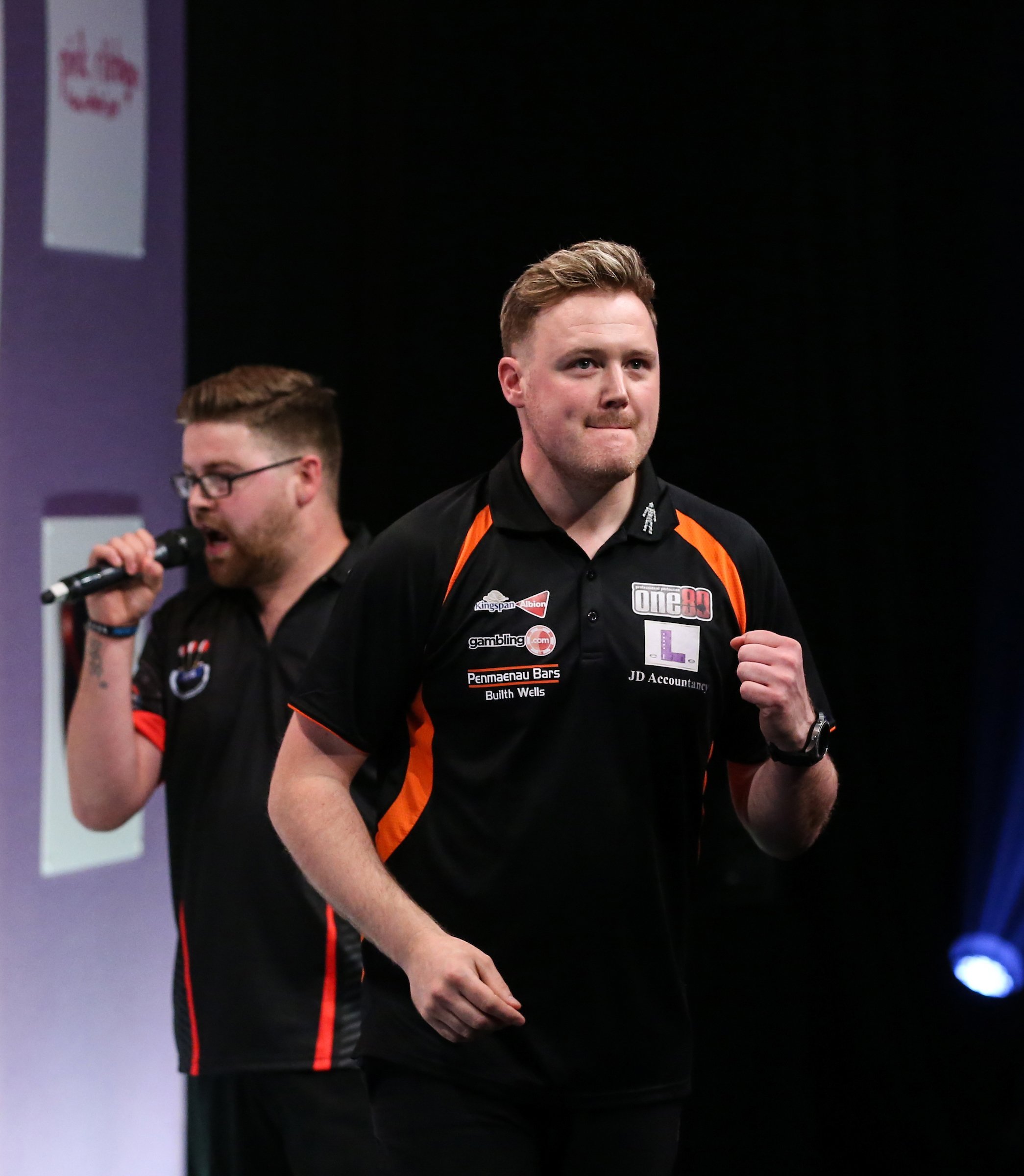 Jim Williams and Beau Greaves won their opening games but Dave Parletti crashed out on a dramatic opening day at the 2020 BDO World Professional Darts Championships, played at the Indigo at the O2 in London.

Welsh thrower Williams edged out Scotland’s Gary Stone 3-2 in the final game of the day to book his place in the last 16.

In a particularly tight game where neither player ever really hit top gear, the pre-tournament favourite took the opening set before Stone replied to take the second.

The Welshman once again got his nose in front in the third set, winning all three legs in 50 darts, before Stone once again rallied to force a third deciding set of the day.

‘Stoney’ opened proceedings with consecutive 17 and 16 darters, but Williams edged a scrappy third leg before landing a 17 darter of his own to make it 2-2. The two continued to trade breaks of throw before Williams crucially moved ahead in the ninth leg with a 57 checkout. Williams then narrowly missed double for a sensational 121 checkout to win the match but the World Trophy winner made no mistake in his next visit, taking out double four to win 6-4, survive the scare and move into the last 16.

Sixth seed Beau Greaves, who doesn’t turn 16 until later this week, posted an impressive performance in her BDO World Championships debut as she saw off late replacement Tori Kewish 2-0.

The Doncaster thrower showed exceptional composure on the big stage and she dropped just one leg in the entire contest and while Australia’s Kewish gave a good account of herself, Greaves had the better and more consistent scoring throughout. The England youth international finished with two maximums to her credit and an 80.37 average.

Many had tipped Surrey postman Dave Parletti to do well at these championships after he registered his maiden TV victory against William O’Connor at the Grand Slam of Darts late last year, but ‘The Architect’ slipped to a narrow 3-2 defeat against the quick throwing Dutchman Chris Landman.

Landman raced into an early 2-0 lead, landing the first 170 checkout of the tournament in the fourth leg of the match, before five-time ranking event winner Parletti levelled things up at 2-2. Landman had actually had the chance to wrap things up in the fourth set but a dreadful miscount forced the pair into a fifth set decider. Landman required 36 but rather than throwing for double 18, the former Catalonian Open winner hit a double 8 and celebrated before realising his error.

The 38-year-old from Wapenveld held his nerve a bit better in the fifth set though, edging it 4-2 in the end. It was a first win in three attempts at the BDO World Championships for Landman, while fourth seed Parletti exits in his first game for the second successive year.

There were a number of players who were perhaps looking forward to the change in tournament venue after not experiencing the best of luck at the Lakeside, none more so than Ross Montgomery.

‘The Boss’ had exited at the first round of the World Championships in eight of his previous 12 appearances and while the venue may have changed, that record didn’t improve at the O2 as he was beaten in a sudden death final leg by Thibault Tricole in the preliminary round.

Montgomery won the first set with an average of over 100, continuing the excellent form he showed at the back end of 2019 with his Czech Open and Italian Grand Masters wins, but the Frenchman came back to win the next two sets.

The Scot would remain about seven points ahead of his opponent in terms of averages and he made that pay in the fourth set, forcing the decider. In a very close game, Montgomery missed a match dart before Tricole took out 76 to win the match, starting with triple one and finishing with double eight.

Belgium’s Mario Vandenbogaerde kicked off the Indigo at the O2 era in style, beating Poland’s Sebastian Steyer 3-0 in the first game of the afternoon session.

‘Super Mario’ showed a great level of consistency throughout, hitting his doubles at roughly a 50% clip and he sealed the deal with 13 and 15-dart legs, finishing the match with five maximums to his credit and an 88.98 average.

The afternoon session also saw Australian tandem Justin Thompson and Corrine Hammond get their respective campaigns off to a winning start.

Victoria’s Thompson was in the preliminary round for the third successive year and for the third successive year he came through it successfully, beating Boston’s Scott Williams 3-0 on this occasion. The scoreline doesn’t really do justice to how tight and scrappy the game was but ultimately the Aussie veteran’s big-match experience gave him the edge and he faces Wayne Warren in the last 32.

Hammond picked up her first victory in the World Championships since 2017 when she beat Vicky Pruim, who only gained entry to this competition earlier in the week following Fallon Sherrock’s withdrawal, 2-0.

Pruim came out of the gate really well but Hammond held her nerve to triumph 2-0 and book a place in the quarter-finals, where she will face either Deta Hedman or Laura Turner.

Their fellow antipodean Darren Herewini also got off to a winning start, beating Lincolnshire’s Simon Stainton 3-1 in a high-quality clash between two tournament debutants.

Stainton, who won both events in Northern Cyprus back in October, played some superb darts to take the first set but ‘Apocalypse’ gradually found his feet and reeled off three sets on the bounce to win 3-1, finishing with an 87.30 average. The Kiwi faces Andy Hamilton in the first round proper.