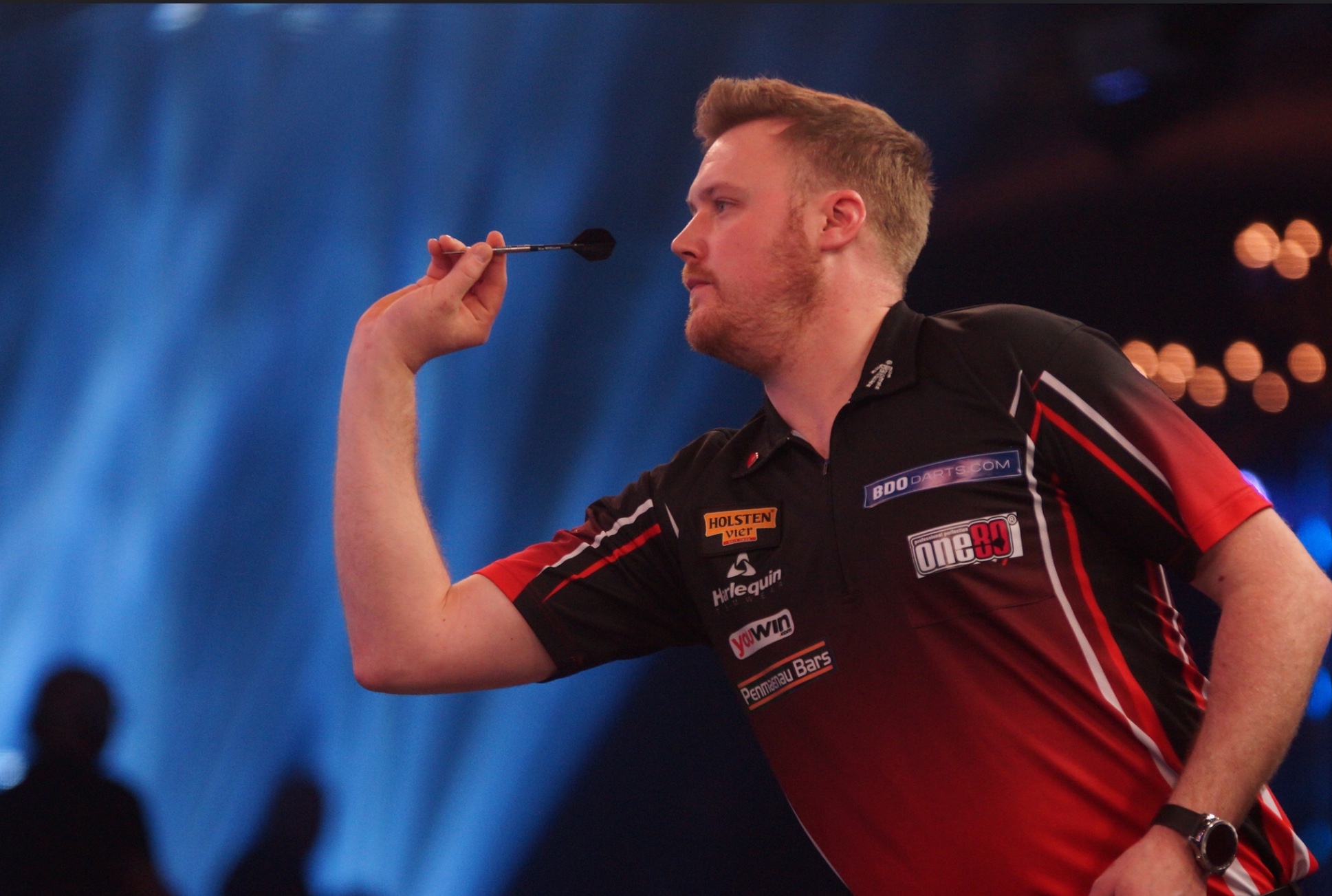 Jim Williams and Fallon Sherrock completed the double this weekend in Belgium as the pair claimed both Belfry and Brugge Open titles.

Williams, a 33-year-old from Wales, claimed both the Belfry Open and Brugge Open this weekend over in Belgium. The Welshman’s back-to-back titles are perfect preparation ahead of the Winmau World Trophy, which will commence on Wednesday in Preston.

‘The Quiff’ opened the weekend on Saturday afternoon in Belgium as he lifted the Belfry Open title. Williams received a bye in the first round before whitewashing Paul Egginton 4-0.

A 4-2 victory over Niels Van Bergen followed by a 4-2 win over Martijn Kleermaker put Williams into the last 16 – where he beat fellow countryman Nick Kenny 4-2 to progress to the quarter-finals in Belgium. The quarter-finals saw Williams beat Conan Whitehead 5-3.

Williams exited the tournament in the semi-finals the previous year but beat Dave Parletti 2-0 as the format changed to sets. The Welshman completed a 3-0 whitewashing of host nation competitor Mario Van den Bogaerde – who beat the likes of Francis Carragher, Tony O’Shea and Derk Telnekes. Van den Bogaerde’s run in Bruges also featured a 5-0 whitewashing of Isle of Man Open finalist Chris Landman.

In the quarter-finals, Williams met Mario Van den Bogaerde, in a repeat of the Belfry Open final – which took place the previous day in Belgium. Van den Bogaerde was looking for revenge, though, the Welshman once again came through to book his place in the semi-finals.

Once again the format changed to sets for the remaining three games as Williams saw off another host nation competitor; this time Niels Van Bergen – who Williams had beaten the day before in Bruges. Williams claimed the €2,200 title with a 3-1 win over fellow countryman Dean Reynolds.

Reynolds suffered a last 16 exit at the Belfry Open, though, enjoyed victories over the likes of Garry Thompson, Wes Harms and Michael Busscher en route to the final at the Brugge Open.

Former PDC World Championship finalist Andy Hamilton was dumped out of the Brugge Open in the second round at the hands of Ross Montgomery after thrashing Collyn De Landsheer 4-0 in the opening round. The previous day Hamilton enjoyed a run to the last 32 – where he suffered a last leg deciding exit to Chris Landman.

In the Ladies side, Fallon Sherrock also completed the double in Bruges after beating Aileen de Graaf 2-0 in the final. Sherrock enjoyed wins over Iran’s Ramak Mirkhani, Kathy Geeraerts and Marjolein Noijens to reach the semi-finals – where she saw off defending champion Deta Hedman 5-4 before beating de Graaf as the format changed to set-play.

The previous day, in Belgium, Sherrock once again took the title as she once again beat Aileen de Graaf in the final. Sherrock began her Saturday afternoon with a 3-1 win over host nation competitor Carine Dessein before beating Swedish ace Deana Rosen Blom.

The 23-year-old’s victory this weekend means she has now reached the quarter-final or better in 18 of her last 20 tournaments played within the BDO circuit. Sherrock also pocketed €2,100 amongst the two days in Brugge.

In the youth competitions, Daan Bastiaansen and Layla Brussel both completed the double meaning Bastiaansen pockets €140 while Brussel takes €80 back to the Netherlands.

Action from the BDO circuit will resume on Wednesday evening as the stars travel to the Preston Guild Hall to take part in the BDO World Trophy, which will be sponsored by Winmau. Jim Williams and Fallon Sherrock will both participate in the event after their weekend doubles in Bruges.