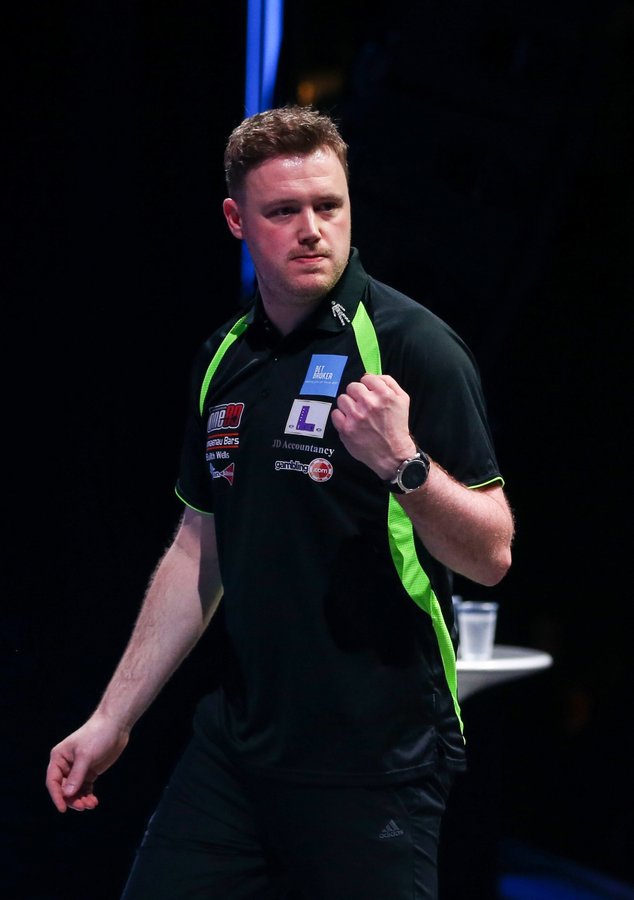 ‘The Quiff’ produced two ton-plus averages on route to the men’s final, where he defeated former PDC Tour Card holder Steve Hine 6-2 to take his first ranking title of the year and the 13th of his career on the BDO/WDF circuit.

Williams put down a marker at the start of the final, taking out 52 for a 12-dart leg, and although Hine got on the board with a scrappier second leg, the Welshman’s superior scoring was clear to see.

An 11-darter in the third leg, featuring the second of six maximums for the Presteigne ace, started a run of three straight legs that put Williams 4-1 up. Hine held throw in the sixth leg to make it 4-2 but the Welshman was able to attain another break of throw in the eighth to run out a 6-2 winner.

Williams looked like the man to beat heading into Sunday after winning all four games on the opening day of action against Taro Momma, Stuart Lavender, Joshua Blewitt and James Beeton without dropping a leg.

He did find some resistance against Ritchie Edhouse in the last 32, but the Welshman won three legs in just 42 darts to secure a 5-2 win with a highly impressive 105.3 average.

Ben Hazel was beaten by a similar scoreline in the last 16, while Williams won a rerun of his World Championships clash against Gary Stone 5-3 in the quarters, recording a 99.8 average in the process. His scoring dipped in the semis but he still had enough to beat the best performing Scot of the weekend, Darren Beveridge, 5-3.

Hine’s route to the final was a little more complicated as he had to overcome last leg shootouts against Ewan Hyslop, Scott Marsh and Mark Graham to make the quarter-finals, where he turned on the style to beat Jason Heaver 5-1.

‘The Muffin Man’ produced his best darts in his semi-final with veteran Martin Adams, winning five legs on the spin and hitting nine scores of over 140 in an impressive 5-1 win.

Williams was denied a weekend double in the pairs as he and his partner Tony Martin were beaten 3-0 by the Scottish tandem of Ryan Hogarth and Cameron Menzies, who won the title with a 100.2 average.

Fallon Sherrock’s exploits in the Premier League last Thursday ensured that she remained the talk of the darting world heading into this weekend’s events in Renfrew but it was teenage sensation Beau Greaves who was the ultimate star of the show, winning both the singles and pairs competitions.

Greaves had the throw to start the final and she held it with a 21-darter before breaking the Sherrock throw in the second leg with a 66 out to secure an early advantage.

Back-to-back 140s helped ‘The Queen of the Palace’ break back in the third and a maximum, her 11th of the weekend, helped her hold throw in the fourth to make it 2-2.

At that point things looked evenly poised but Greaves showed the better composure as she won the next three legs in 18, 22 and 16 darts respectively to secure yet another ranking title.

Greaves was ruthless in making the final, dropping just one leg against both Anca Ziljstra (a game where she averaged 99) and Deta Hedman in the semi-finals and recording whitewash victories against Chloe O’Brien, Kelly McKinnon, Roz Bulmer and Paula Jacklin.

The Doncaster thrower started her semi with Hedman in style, winning the opening three legs without reply. Hedman did get on the board in the fourth leg but the teenager took out consecutive finishes of 102 and 142 to run out a convincing 5-1 victor.

Sherrock, meanwhile, looked almost as impressive in the other half of the draw. 3-0 wins over Tara Deamer and Angie Isbister were followed by a 3-1 triumph over Dee Bateman and a 4-0 dismantling of Julie Thompson to set up a quarter-final meeting with Corrine Hammond.

The Buckinghamshire thrower was pushed all the way by her Australian foe but a 13-darter secured an important 4-3 win, which she followed up with an impressive 5-1 victory over Anastasia Dobromyslova in the semis.

Greaves took the pairs title alongside Hedman on the Sunday after they produced a solid display to defeat the Welsh duo Chris Savvery and Jan Robbins 3-0 in the final.