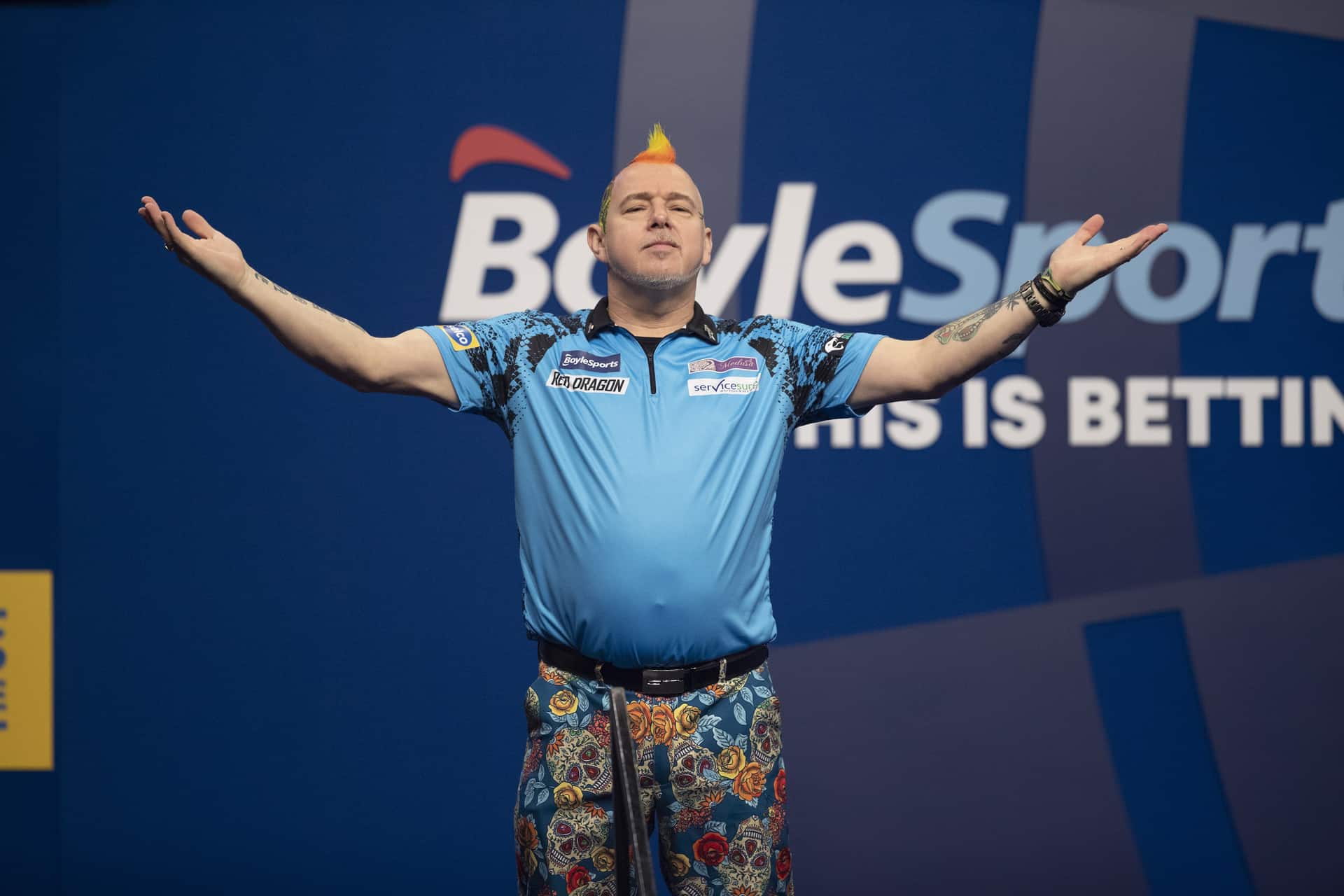 Peter Wright’s vivacious vein of form continued on Saturday at the Robin Park Leisure Centre in Wigan as he toppled Gerwyn Price with a 170 checkout to claim Players Championship Five glory.

Wright had reached two quarter-finals and two semi-finals on the PDC ProTour since lifting back-to-back televised crowns, before emerging as unstoppable on Saturday afternoon in Greater Manchester, averaging a record 106.07 for the tournament en route to claiming his first floor title since July.

The Scotsman’s campaign got off to a flyer as he averaged 105.9 in thrashing Darren Webster, before coming close to breaking his own record for the highest average in a broadcasted match as he recorded a staggering 120.2 in whitewashing Adrian Gray.

Imagine reacting like Peter Wright after averaging 120.2 in a 6-0 victory. Had Snakebite hit tops he would have beat his own world record of 123.5! pic.twitter.com/SYIH8OYI1a

Both Ryan Joyce and former BDO world champion Scott Mitchell were subsequently on the wrong end of extraordinary ‘Snakebite’ performances, with the reigning world champion  progressing into the quarter-finals for a seventh successive tournament.

Despite averaging below the 100 mark for the first and only time during a brilliantly blistering day of darts, Wright produced the needed performance to oust the three-time BDO world champion and current Premier League table-topper Glen Durrant.

It was a rather unexpected semi-final opponent for ‘Snakebite’ as he faced a resurgent South African in Devon Petersen who was in seemingly unbeatable form himself at the Robin Park Leisure Centre.

Having led 3-2 and won back-to-back legs to level up proceedings at five-a-piece, Petersen held a good account of himself, however, Wright yet again averaged in excess of 104 and booked his place in the final.

PC26 2019 is the last PC event @Gezzyprice took part in where he didn’t lose to the winner, RU or win it himself:

Steve Lennon came agonisingly close to pipping the world number three in the last four, with the Northern Irishman squandering multiple match darts to progress to his second individual PDC final, though, Price held his nerve pinning double 12 to prevail.

The world number two and reigning world champion versus the world number three and Grand Slam of Darts champion. The pair that will contest a mouth-watering Premier League clash featuring two titans of the game on Thursday evening. It was a thrilling final on paper and one that historically materialised into one of the best Players Championship finals ever in terms of statistics.

Both averaged in abundance of 109, with a match average of 109.39 and a combined average between the two players of 218.78 – it was the highest standard final since the introduction of the DartConnect system.

Both Wright and Price held their throw expertly during the final, with a remarkable 13 legs being won by the player throwing first. Although, the Scotsman denied a deciding leg with a magnificent 170 checkout to break the Welshman’s throw and pocket the £10,000 winner’s cheque.

Unsurprisingly that #PC5 final was the highest standard final in PC events since @DartConnect usage.

Amazingly, the only final of the 57 PC events so far on @DartConnect where both players have averaged 100+! #PDCProTour 🎯

“It’s just the start,” Wright told pdc.tv following an immaculate tournament. “I’m enjoying these darts and we’ve got something in the pipeline to improve them further.

“Who knows what I can win this year? I just take it a leg at a time and that’s all you can do. As world champion, I’ve always got a target on my back but I feel like I’m giving some of the other players the belief that they too can win anything.”

Steve Lennon hits the TENTH nine-darter of 2020 in the PDC, in the fourth leg of his match with Kai Fan Leung! pic.twitter.com/yzkLHMGBOT

Elsewhere, Steve Lennon pinned the 10th nine-darter of the season during his third round victory over Kai Fan Leung. The former Dutch Darts Masters runner-up recorded a 110.6 average against the newly-integrated tour card holder, before later missing match darts to reach the final.

Hong Kong’s Leung became the second thrower of Asian descent to reach the third round of a Players Championship event as he averaged 101.9 in narrowly denying Premier League challenger Jonny Clayton, before easing past Conan Whitehead in round two.

Devon Petersen also deserves an honourable mention after averaging 101.42 en route to his deepest run during his five-year long spell as a PDC tour card holder.

Michael van Gerwen’s wait for a first title since November’s Players Championship Finals goes on as he threw away a 5-3 lead against Germany’s Christian Bunse.

The Players Championship series will resume on Sunday at the Robin Park Leisure Centre in Wigan with 128 players vying for success once again.

There must be something about #PC5. 4 of the top 5 final averages (since @DartConnect) in PC events have been hit in it